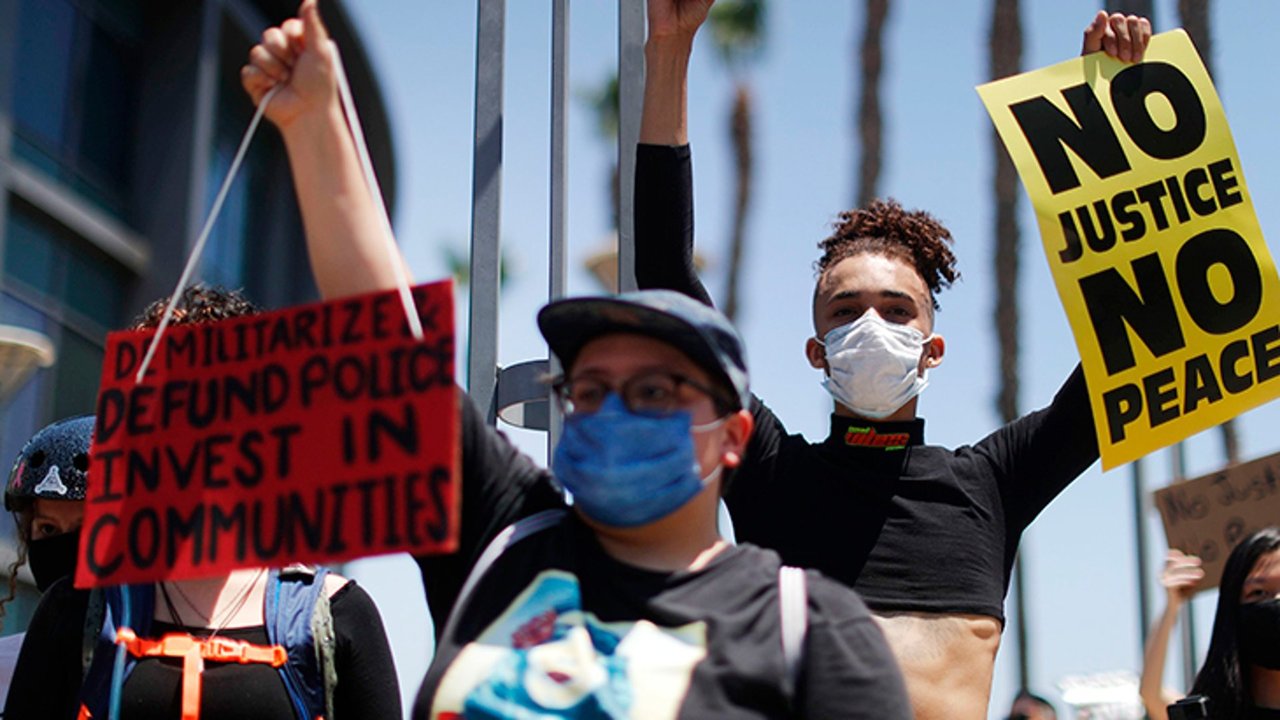 We’re really witnessing a counter-revolution of the neoliberal class
America is not in the middle of a revolution - it is a reactionary putsch. About four years ago, the sort of people who had acquired position and influence as a result of globalisation were turfed out of power for the first time in decades. They watched in horror as voters across the world chose Brexit, Donald Trump and other populist and conservative-nationalist options.

This deposition explains the storm of unrest battering American cities from coast to coast and making waves in Europe as well. The storm’s ferocity - the looting, the mobs, the mass lawlessness, the zealous iconoclasm, the deranged slogans like #DefundPolice - terrifies ordinary Americans. Many conservatives, especially, believe they are facing a revolution targeting the very foundations of American order.

But when national institutions bow (or kneel) to the street fighters’ demands, it should tell us that something else is going on. We aren’t dealing with a Maoist or Marxist revolt, even if some protagonists spout hard-leftish rhetoric. Rather, what’s playing out is a counter-revolution of the neoliberal class - academe, media, large corporations, ‘experts’, Big Tech - against the nationalist revolution launched in 2016. The supposed insurgents and the elites are marching in the streets together, taking the knee together.

They do not seek a radically new arrangement, but a return to the pre-Trump, pre-Brexit status quo ante which was working out very well for them. It was, of course, working out less well for the working class of all races, who bore the brunt of their preferred policy mix: open borders, free trade without limits, an aggressive cultural liberalism that corroded tradition and community, technocratic ‘global governance’ that neutered democracy and politics as such.

Conservatives generally don’t tend to pay much attention to class analysis. But in this case, it does help to explain what’s going on. And it helps to illuminate the true nature of social movements that pose as, and can get mistaken for, revolutionary leftism.

Does anyone seriously believe the American establishment - Walmart, Facebook, Amazon, Netflix, the trustees of Ivy League universities, the major sports leagues, even Brooks Brothers, for God’s sake - would sign on to a movement that genuinely threatened its material interests? And yet these and many other firms and institutions are falling over themselves to express solidarity with the ‘uprising’, some going so far as to donate millions of dollars to Black Lives Matter, an outfit that lists among its objectives the abolition of the nuclear family.

Over the past four years, every trick in the book has been used to end the ‘nightmare’ of national conservatism and populism. The methods deployed by the elite reflect its tendencies and preferences as a class. Just think of recent skirmishes. A decisive majority of British voters resolved to leave the EU and then had to spend three years fighting a political establishment that marshalled all its vast resources to thwart Brexit. It failed. In America the liberal establishment tried harder, failed harder, but learned more. From the minute Trump won the presidential election, Democrats, elements of the security apparatus, and their media allies set out to undo the result. The marquee events were the ‘collusion’ probe and an impeachment push that was perhaps the single biggest insult ever to the intelligence of the American people. There were also countless smaller attempts to unseat Trump and destroy his entourage.

Trump survived it all. Now comes the new wave of rioters and mad iconoclasts, which many corporates and Democratic governors and mayors have actively encouraged, even as they continue to bar children from public parks and families from holding outdoor funerals, citing Covid-19 risks.

But wait: riots and statue-toppling - such things aren’t congenial to establishment figures, are they? The logic becomes apparent when you see it as a form of class struggle. For all its fury, the storm of the riots ends. There is little resembling demands for ongoing redistributive justice of the kind the old left championed. No labour solidarity, nothing to do with wages and job security. Just demands for ‘representation’ or diversity (on corporate boards, in university curricula, etc). And, of course, the firing of those who say the wrong or awkward thing in the digital public square, in workplaces or in classrooms.

The goal isn’t to rectify concrete economic injustices: massive inequalities in wealth, health and job security. The goal is precisely the opposite: to mitigate, to defer, to smooth over, to mask these substantive disagreements and instead have battles on procedural mechanisms for upholding manners.

Which social class most excels at politically correct manners? That would be the professional-managerial class, the laptop class. Its children learn the patois for discussing ‘issues of race, gender and sexuality’ from an early age. They’re expected to have mastered it by the time they take their entry-level jobs. It’s a skill that private schools are doubtless teaching already.

Working-class people, meanwhile, are most likely to struggle with this language. Even when they mean well they don’t always get it right, not least because the rules constantly shift with the vagaries of critical race theory and LGBTQ acronyms. By fortifying the requirements to speak and think correctly - and raising the stakes for failures - the neoliberal class has now built a repressive new mechanism for staying at the top and keeping the oiks down. Especially those who voted the wrong way in 2016.

So whatever you do, don’t call it a leftist revolution. With the flags, the protests, the kneeling and the new language, it’s a counter-revolution. The outcome remains uncertain, but the class war is well and truly under way.
Add Comment