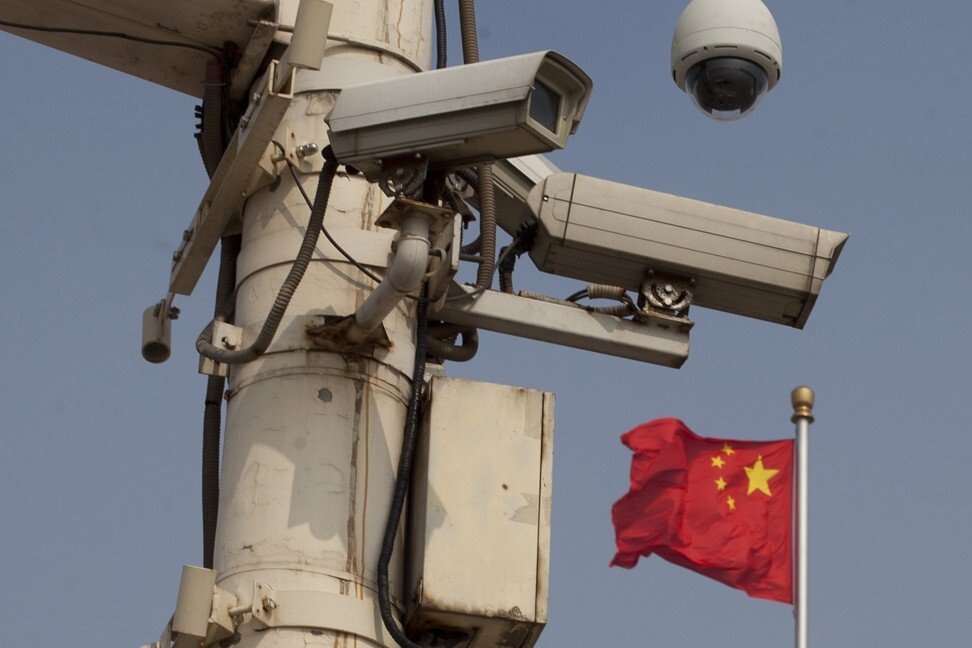 Can you walk down a street in a Chinese city and not get caught on a surveillance camera? One artist tried to do exactly that, to magnify the country’s problem with invasion of privacy.

In 2018, artist Deng Yufeng bought the personal information of 300,000 people in China and displayed it publicly to prove a point about the threat of identity theft. He was questioned by the police and banned from leaving Wuhan.

Since then Deng, who uses art to critique sensitive topics in China, has wanted to dig into the invasion of privacy there. He sees his work as enlightenment for the public. 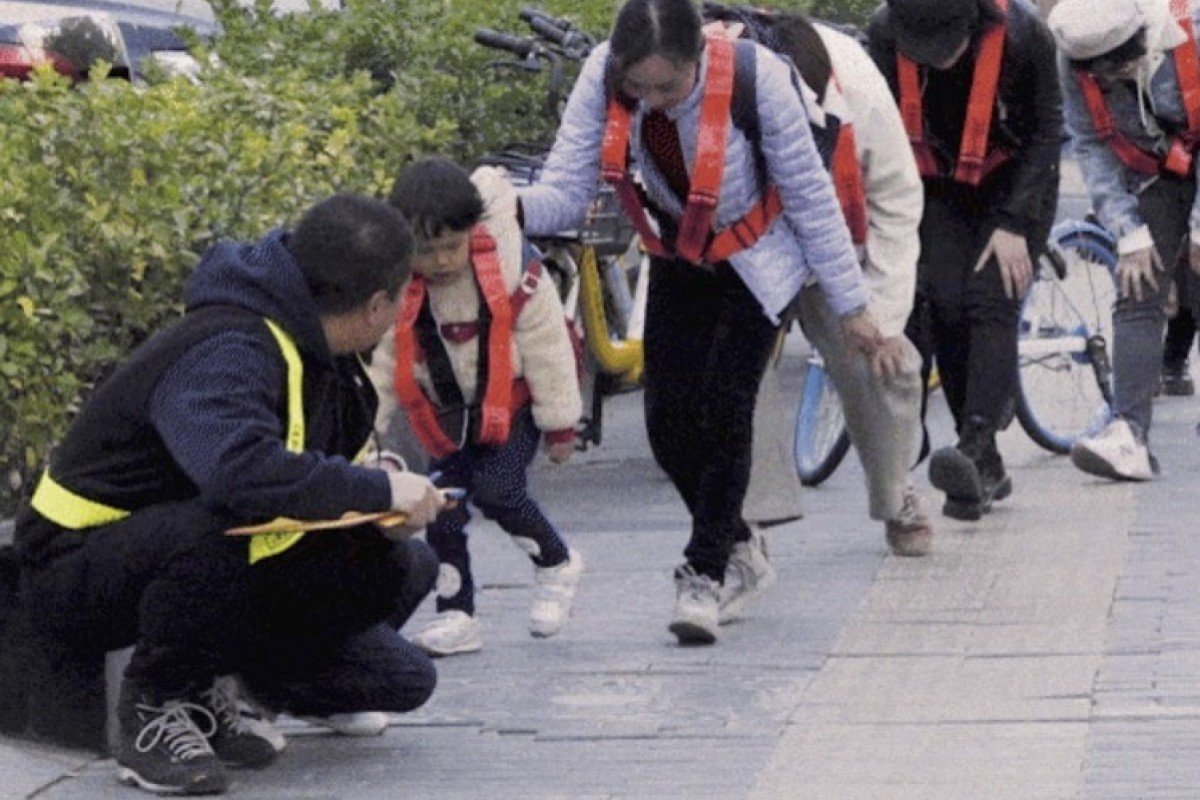 Artist Deng Yufeng (left) took a group of people down a street in Beijing, China, in an art piece that involved trying to not get caught on any surveillance camera.

His latest project was a performance art piece that saw him lead a group in the capital Beijing down a street that avoided its numerous surveillance cameras, staged as an act of defiance against China’s pervasive surveillance system.

“I’m just an individual. I see a problem and, as I am an artist, I would like to magnify that problem until everybody can see it. I hope they can feel something about it,” he said.

China is home to 18 of the world’s 20 most monitored cities and over half the surveillance cameras in use globally, according to a study by British technology website Comparitech from July.

In the capital, Beijing, there are roughly 56 cameras per 1,000 people. In China as a whole, there’s nearly one camera for every two people, the study said.

Deng spent months preparing for the project, which started with finding a good location to “disappear” in Beijing. When he found Xingfu Dajie – or “Happiness Street” – the ironic name made it a clear winner.

He spent two months on reconnaissance, taking pictures of the street, measuring its width, spotting all the cameras. He even used binoculars to get a closer look at the cameras to record their brand and model. 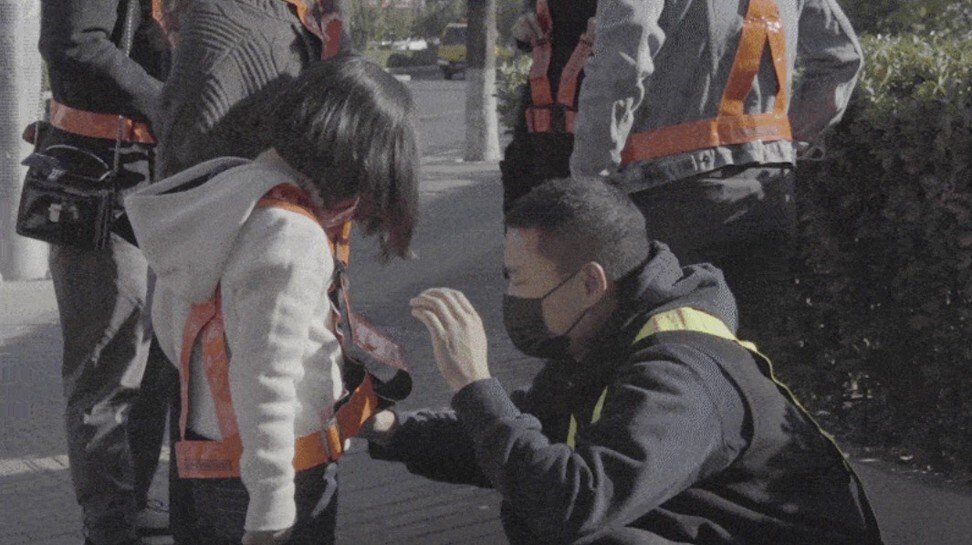 When Deng returned to his studio, he started drawing a 3D map of the street. He looked up the cameras online to analyse how much of the surrounding area they cover.

After a month’s work, he found the dead zones on the street and drew a route on which, theoretically, he could avoid being seen by Big Brother.

He had initially wanted to do this alone, but it suddenly occurred to him that he should recruit volunteers. “I should become a tour guide and lead a group of people to face a serious topic in a game-like fashion,” he said. 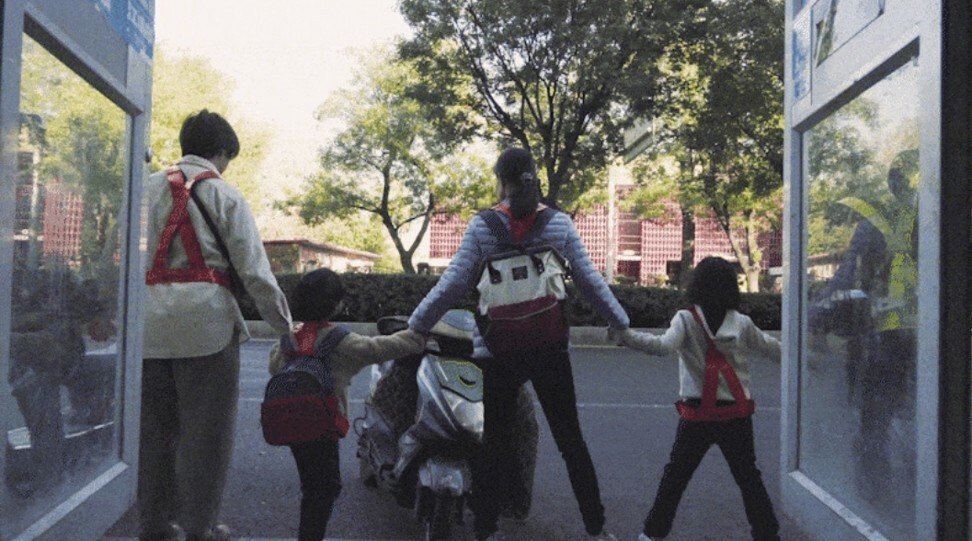 Deng and his group shuffle sideways down Xingfu Dajie to avoid its surveillance cameras.

He recruited people online, and on a sunny day this autumn, a group of people sneaked down the street, inching sideways in a line, hand in hand. On the next block, they crouched next to a group of bicycles.

To his surprise, some parents even took their children along, saying they wanted to show the children “something you can’t learn in schools”, they told him.

During the walk, Deng was surprised when he found a new camera installed since his last visit. He froze at the scene, processing this new information. One kid jumped in, offering his own opinion, which Deng later took.

The idea for the project had first come to him in 2015. He had gone undercover in previous projects to investigate buying kidnapped children, fake ID cards and personal information on the black market.

Deng isn’t the only person in China concerned about privacy.

In March, Lao Dongyan, a professor at the prestigious Tsinghua University, fought vehemently against a plan by her residential complex in Beijing
to install facial recognition cameras. 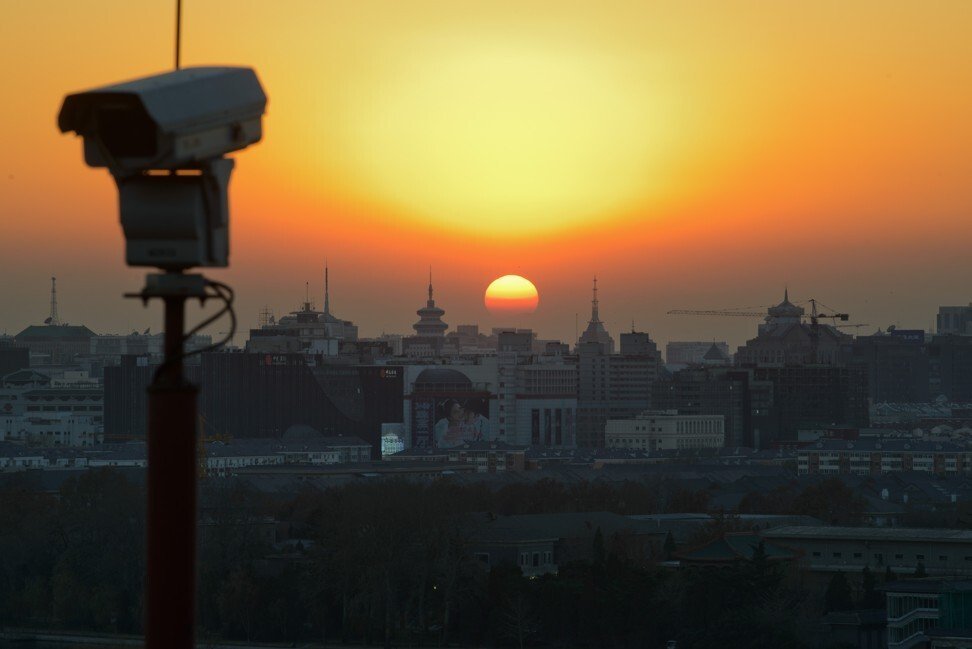 And in November last year, Guo Bing, an associate law professor at Zhejiang Sci-tech University, sued the Hangzhou Safari Park in Hangzhou, eastern China, after it installed facial recognition technology at its entrance, claiming the technology could “steal his identity”. This week, a court ordered the wildlife park to delete Guo’s facial recognition data and pay him compensation in the first case of its kind in China.

Having staged the walk, it is impossible for Deng to know whether they managed to “disappear”, as there is no means for members of the public to check the footage that the surveillance cameras on Happiness Street recorded.

Deng believes his project does not need to end in some resolution. “If we just make an effort to push, even if society improves a tiny bit, or changes a tiny bit, I would consider that meaningful,” he said.