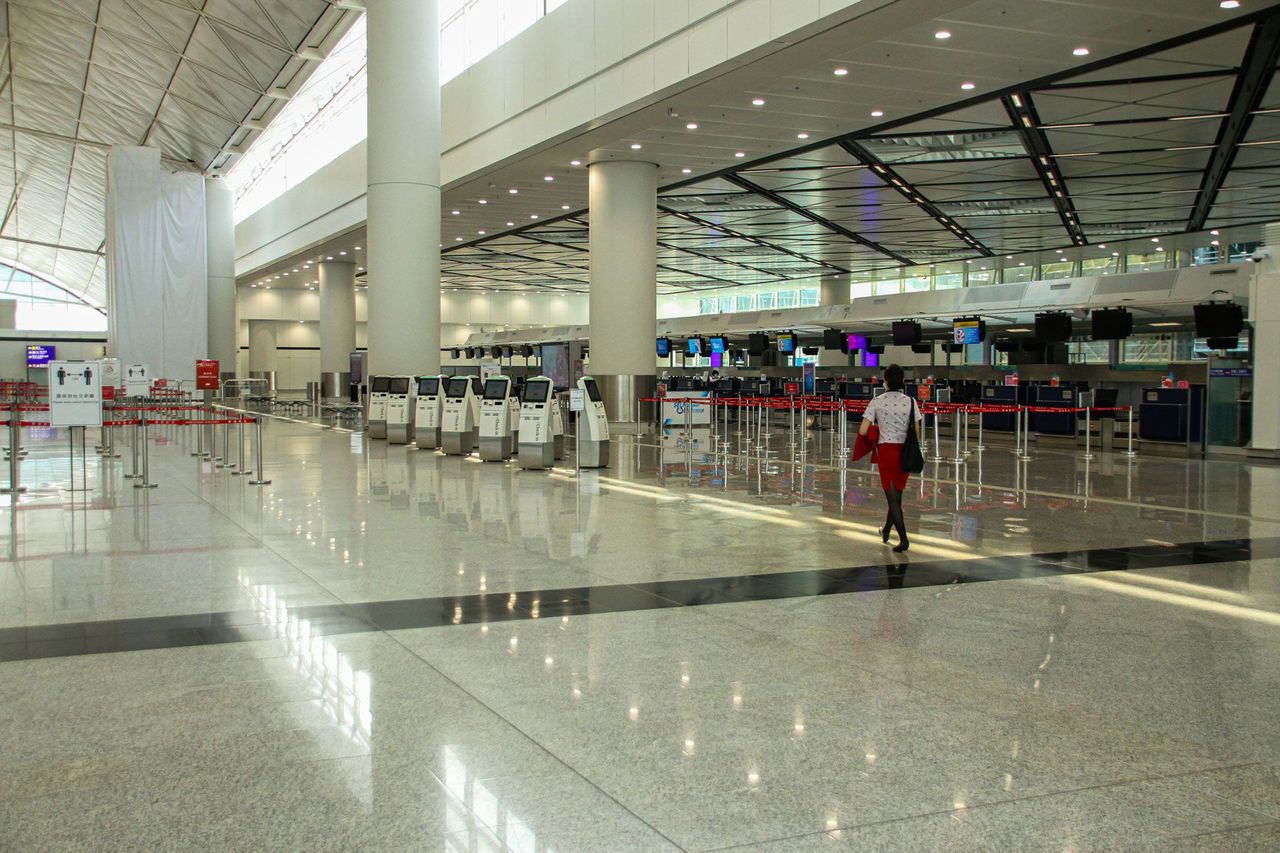 Hong Kong's Covid-19 curbs are continuing to severely limit travel into the city, with only one flight from outside the Asia Pacific region landing on Tuesday and Wednesday.

The government recently allowed flights from nine countries, including Australia, the United Kingdom and the United States, to resume after bans that lasted two to three months, but airlines continue to struggle with the city's strict "zero Covid" policy. Officials this week temporarily banned flights again from India, Pakistan and the Philippines.

As of Wednesday, 11 flight routes from 10 airlines had been temporarily cut off, including those from London and Amsterdam, the government said in a statement.

The latest disruption is linked to a controversial regulation that requires routes to be suspended for seven days if three or more passengers on an incoming flight test positive for Covid-19 or have insufficient health documentation.

In recent months, the rise of the Omicron variant has meant this rule has been repeatedly activated, causing many flights into the city to be canceled and chaos for travelers around the world. So far this month, 21 routes have already been suspended over the rule.

Joanne Townson, who has lived in Hong Kong for more than 25 years, said she'd had at least six flights to the city canceled over the last 16 months for various reasons, including the regulation.

She said Hong Kong's flight bans and quarantine restrictions recently prompted her to resign "from a job I loved" and fly to Europe, because she had been unable to see her daughters for 18 months.

The flight suspension rule is slamming Hong Kong's position as a premier aviation hub, which was already in question as the city grappled with the impact of its strict quarantine measures. Prior to the global health crisis, the city was home to one of the world's busiest airports.

The latest effects of the restrictions were seen starkly on Tuesday, as just a single flight came in to the city from outside the Asia Pacific region, according to Hong Kong International Airport. The flight was operated by Emirates and came from Dubai.


"The restrictions there have been very severe and have led directly to the cancellation of a lot of services with airlines effectively finding it incredibly difficult, if not impossible, to operate there," Willie Walsh, director general of the International Air Transport Association, said at a media briefing earlier this month.

Walsh added that Hong Kong's status as an international hub had "slipped," leaving it "effectively off the map now."

"I think it's going to be difficult for Hong Kong to recover," he said.

Frederik Gollob, chairman of the European Chamber of Commerce in Hong Kong, said that the airport used to be one of the city's biggest advantages.

Besides the city's quarantine rules, flight suspensions are one of "the biggest" concerns of the international business community, he added. Currently, most travelers are required to stay in hotel rooms for seven days at their own expense, down from a previous mandate of isolation for up to three weeks.

Townson, the Hong Kong resident, said that her family will soon go through quarantine themselves if a Cathay Pacific flight scheduled from Paris to Hong Kong next month goes ahead as planned.

"I am praying that the flight flies, and won't actually believe we're on our way until takeoff," she said.