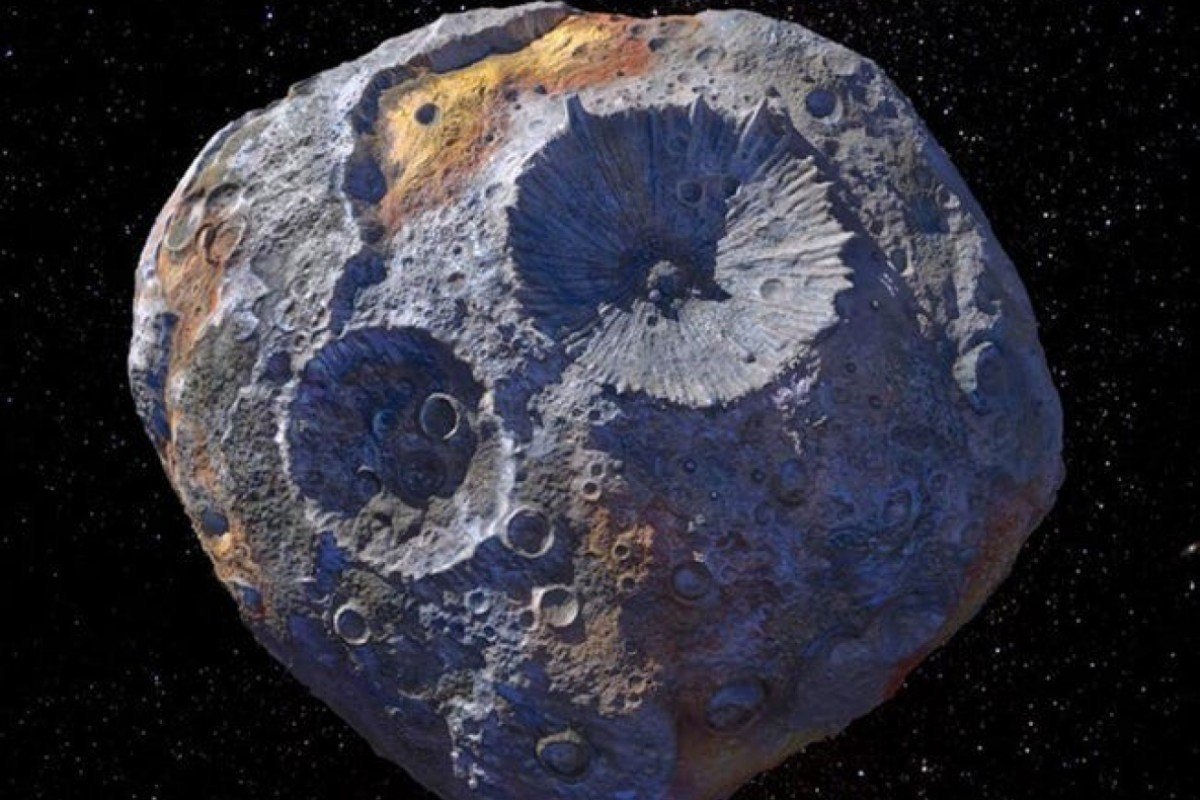 This isn’t your typical space rock. The asteroid 16 Psyche, one of the most massive objects in the main asteroid belt orbiting between Mars and Jupiter, could be made entirely of metal, according to a study published this week.

Even more intriguing, the asteroid’s metal is worth an estimated US$10,000 quadrillion (that’s 15 more zeroes), more than the entire economy of Earth.

“We’ve seen meteorites that are mostly metal, but Psyche could be unique in that it might be an asteroid that is totally made of iron and nickel,” study lead author Tracy Becker of the Southwest Research Institute said in a statement.

“Earth has a metal core, a mantle and crust. It’s possible that as a Psyche protoplanet was forming, it was struck by another object in our solar system and lost its mantle and crust,” Becker said.

Using the Hubble Space Telescope, Becker was able to analyse the asteroid in greater detail than ever before. The findings were published in a study in the Planetary Science Journal.

The study comes as Nasa is preparing to launch a spacecraft (also dubbed Psyche), which will travel to the asteroid as part of an effort to understand the origin of planetary cores.

The mission is set to launch in 2022 and will arrive at the asteroid in 2026. Metal asteroids are relatively rare in the solar system, and scientists believe Psyche could offer a unique opportunity to see inside a planet.

According to Nasa, what makes the asteroid Psyche unique is that it appears to be the exposed nickel-iron core of an early planet.

Becker said that “what makes Psyche and the other asteroids so interesting is that they’re considered to be the building blocks of the solar system. To understand what really makes up a planet and to potentially see the inside of a planet is fascinating.

“Once we get to Psyche, we’re really going to understand if that’s the case, even if it doesn’t turn out as we expect,” she said. “Any time there’s a surprise, it’s always exciting.”

Nasa has no plans to bring the massive asteroid home and lacks the technology to mine it for its valuable metals. Researchers told CBS News in 2017 that they don’t plan to take advantage of the value of the asteroid’s composition.

“We’re going to learn about planetary formation, but we are not going to be trying to bring any of this material back and using it for industry,” Carol Polanskey, project scientist for the Psyche mission, told CBS at the time.