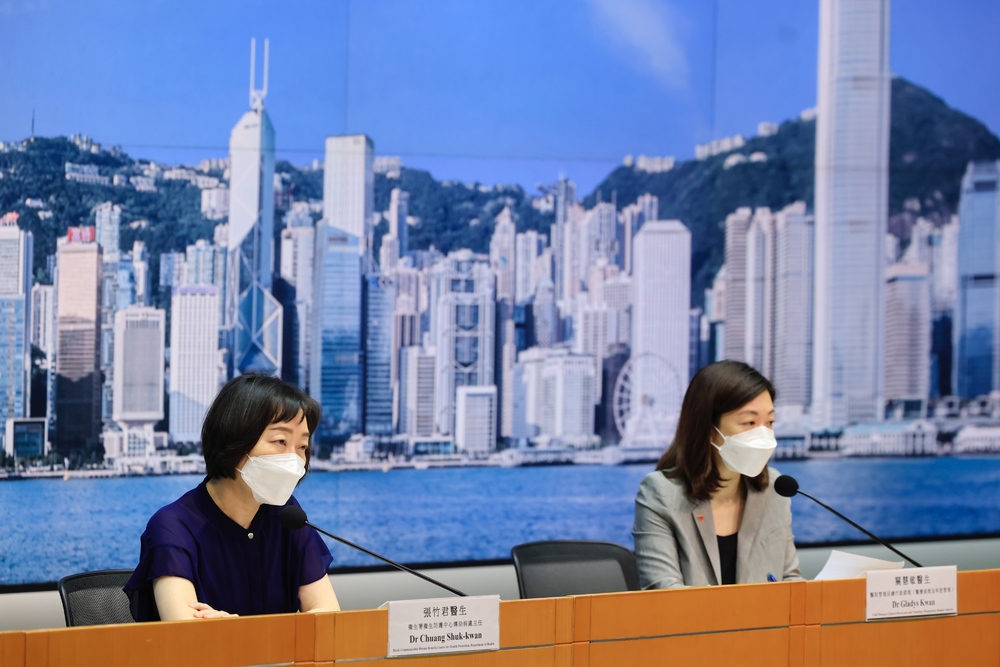 Hong Kong reported 489 new Covid-19 cases on Thursday as health authorities looked into a third bar cluster in Central where up to 18 infections were reported.
Among the new cases, 170 were confirmed via PCR tests and 319 were positive rapid antigen test results reported by citizens.

The official caseload of the fifth wave has now exceeded 1.2 million, according to Chuang Shuk-kwan, head of the Centre for Health Protection's communicable disease branch.

Chuang also reported that the center detected a new outbreak cluster at a third bar in Central district -- LINQ located on Pottinger Street, where at least 18 people aged 17 to 58 caught Covid. They visited the bar last Friday or Saturday and two of them paid their visit both nights.

One had been to another Covid-hit bar The Iron Fairies before. Chuang added the center is now contacting LINQ and retrieving guests' LeaveHomeSafe records.

As for the outbreak clusters at The Iron Fairies and ZENTRAL, they each reported two more infections. They now see 51 and 33 case respectively.

The center was also alerted of 40 cases reported by 34 schools, including 28 students and 12 teachers and staff members. An outbreak cluster was detected at Holy Trinity College in Shek Kip Mei, involving five students and a teacher of a jazz dance class.

Chuang noted that among the 150 positive RAT results reported on Monday, 31 cases, or about 21 percent, were found to be negative upon further checking, much higher than the 17 percent negative rate logged a week ago. She then warned citizens that submitting false or misleading information is an offense that could lead to fines and imprisonment.

Chuang on another note pointed out that the incubation period for monkeypox would usually be two to three weeks and the disease may enter Hong Kong via the imported cases.

Yet, she reassured citizens that monkeypox will only be transmitted through frequent and close physical contact and believed the disease is not likely to cause any local outbreak.

Public hospitals and treatment facilities are now housing 397 patients. Among them, 12 are in critical condition, seven in serious condition and seven are now staying in hospitals' intensive care units.
#COVID-19  #Covid
Add Comment