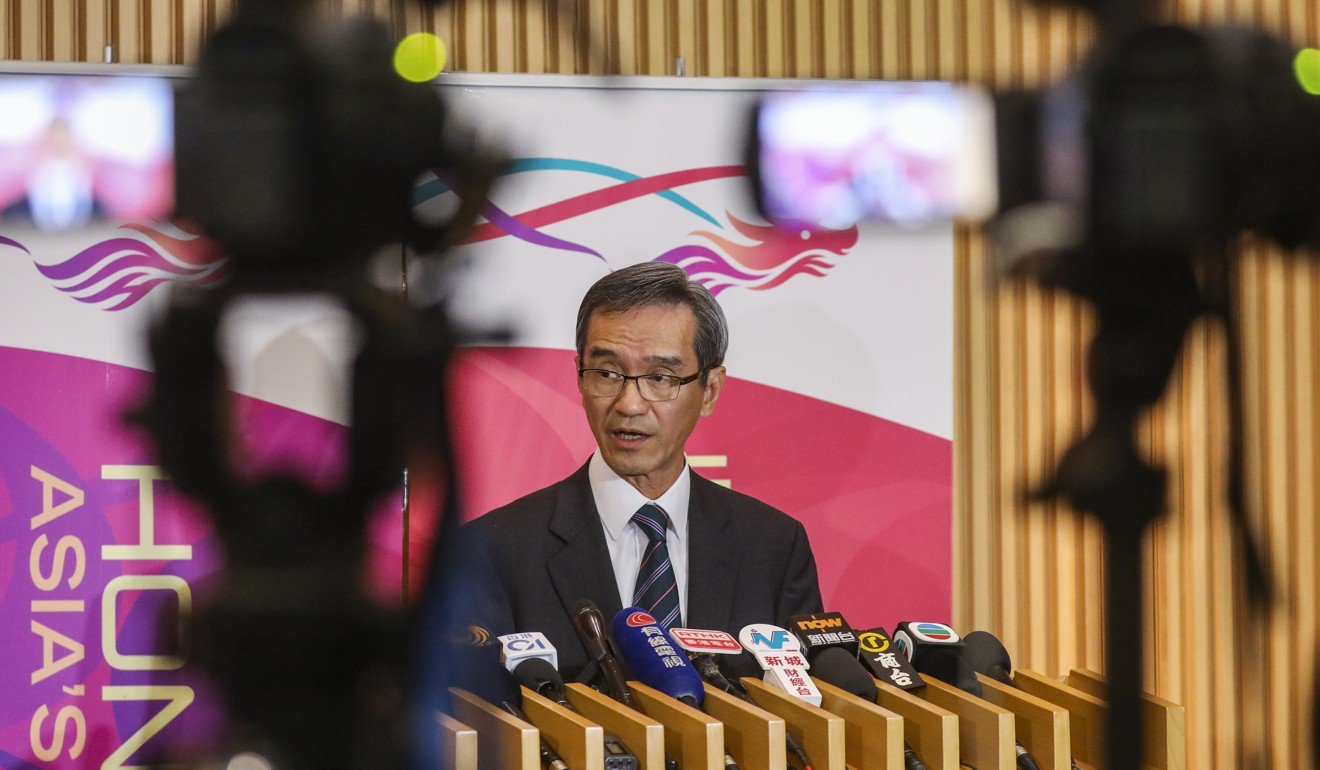 Think tank offers 10 suggestions, including interest-free loans for first-time buyers and the privatisation of public estates. Researcher says ‘loans will help narrow the wealth gap between property owners and non-owners. This could help relieve the tension in our society’

A prominent Hong Kong think tank has put forth a range of housing proposals meant to help the city resolve its political turmoil, including interest-free loans for first-time homebuyers and the privatisation of public estates.

The Our Hong Kong Foundation offered its 10 suggestions at a lunch on Wednesday, weeks before Chief Executive Carrie Lam Cheng Yuet-ngor delivers her annual policy address, which is expected to focus on housing and land policies.

In recent days, state media has declared unaffordable housing a “root cause” of the crippling anti-government protests that erupted in Hong Kong in June, and has urged the Lam administration to be more proactive in addressing the problem.

The think tank, founded by former city leader Tung Chee-hwa, said its raft of property proposals could be the answer to the political crisis.

The 10 measures are known collectively as “HDB flats for Hongkongers” after Singapore’s successful subsidised housing programme. The foundation’s package aims to raise the proportion of Hong Kong families living in properties they own, from 49 per cent to as much as 80 per cent.

One of the measures would require the government to spend 20 per cent of its annual land premiums on interest-free loans for first-time homebuyers
under 40 years old, to buy flats worth less than HK$8 million (US$1 million).

The plan would let young people make a down payment worth 10 per cent of the flat’s price, according to the foundation, while the remaining 90 per cent would be available in interest-free loans from the government.

Applicants could use the loans to buy new or second-hand flats on the private market.

“As for the question of fairness, those who have been renting their homes in the private market have been paying a de facto tax under the high land price policy [and unable to share the gain out of the rise in property value],” said Liu Pak-wai, an emeritus professor of economics at Chinese University, who serves on the foundation’s research committee.

“The loans will help narrow the wealth gap between property owners and non-owners. This could help relieve the tension in our society.”

Liu estimated the government would have to forgo the investment income of the funds set aside for the housing loan, which could be as much as HK$10 billion each year.

The foundation also reiterated its call to bring back the Tenants Purchase Scheme, which was introduced by Tung’s administration in 1998 to boost home ownership but scrapped in 2005 after financial turmoil.

The scheme covered 39 estates managed by the Housing Authority and gave tenants the option of buying their homes. Some 140,000 flats, or 75 per cent of the city’s housing stock, were sold at steep discounts.

The think tank said the scheme should be expanded to cover some 180 rental housing estates, and be enhanced to help tenants buy the flats.
Under the foundation’s proposal, after tenants buy a flat they would be allowed to resell it on the private market later at a lower premium.

The foundation suggested the premium be fixed at the time of purchase rather than at the time of resale, which would make it much lower, considering the upwards trend in market prices.

Lowering the premium would stimulate residential turnover and allow more people to own property, according to the foundation.

But Stanley Wong Yuen-fai, chairman of the Housing Authority’s subsidised housing committee, said he had reservations about both the proposed loan and the expansion of the Tenants Purchase Scheme.

“The loan proposal has not addressed the problem of high property prices,” Wong said. “The young people getting the loan will still need to spend a large portion of their salary paying the monthly mortgage.”

He continued: “I don’t think this is what young people want – there’s talk among them of refusing to be ‘property slaves’ or working for developers their whole lives.”

Wong also said there would be a question of fairness if the Tenants Purchase Scheme was expanded to all housing estates.

He said public housing tenants would emerge as a privileged class with double benefits – they could buy a flat at knockdown prices, and then profit from repaying a much lower premium to the Housing Authority.

“Owners of other subsidised housing, people who fall out of the eligibility net of public housing, and the middle class will all question why they don’t receive so many benefits,” Wong said.

Lee Wing-tat, a former lawmaker who leads the Land Watch think tank, said it was likely the foundation was trying to influence Lam as she prepares her policy address. He pointed out, however, that any shake-up of Hong Kong’s housing policies would need public consultation.