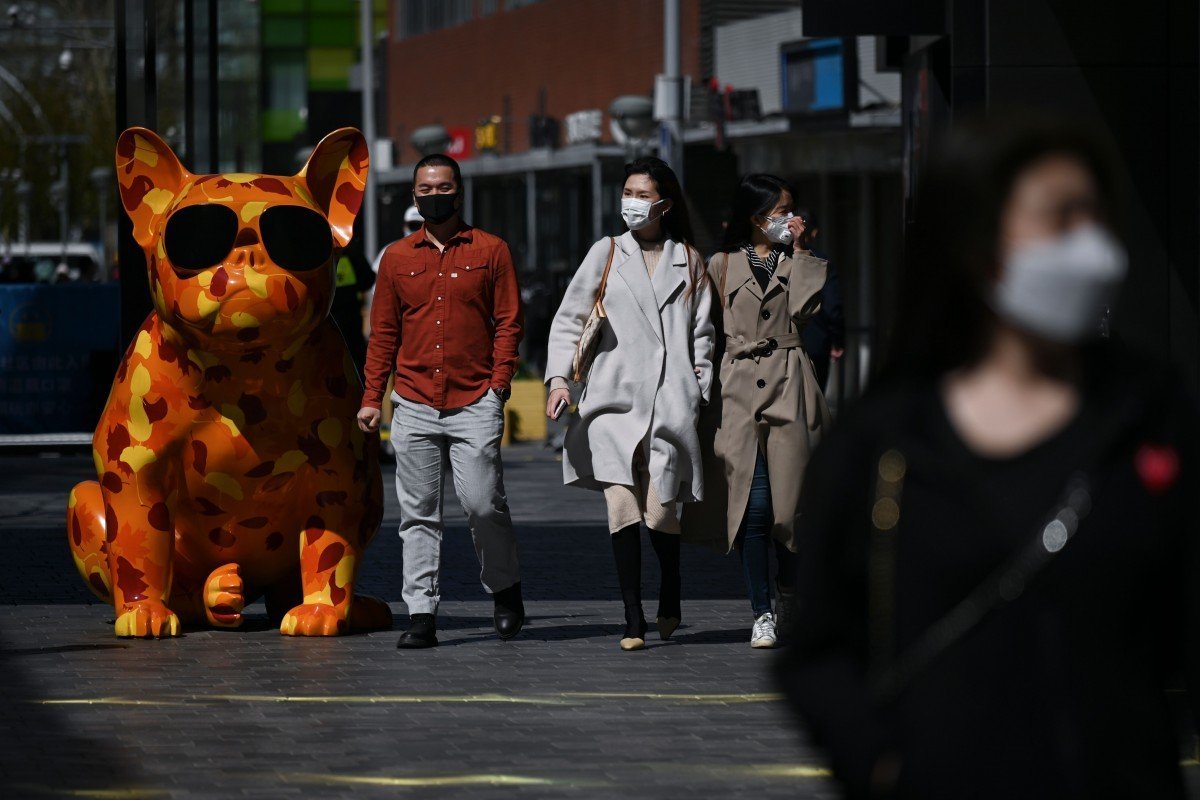 Beijing has a tough choice to make: tolerate an unprecedented hit to the economy or go for massive stimulus and risk explosive consequences. It should beware, a financial virus can be every bit as toxic as a biological one

The coronavirus outbreak has already taken a great toll on the Chinese economy, with all headline readings pointing towards a record slowdown in growth during the first two months of the year.

But there is an even greater danger for what was once the world’s fastest-growing major economy: that Covid-19 will become the catalyst that will bring its many long-simmering problems to the boil. At the centre of these problems is a rising systemic risk in its banking and financial systems caused by a high level of debt accrued over the past decade.

The outbreak could not have occurred at a worse time. The past 10 years have not only seen the economy saddled with this debt, but it has also involved a steady structural slowdown that last year saw the growth rate fall to 6.1 per cent, the lowest in decades. Now, just at the very time the country might consider spending more to prop up that growth rate, a raging pandemic means it will be making much less money than usual.

The latest data from the Chinese Ministry of Finance shows fiscal revenue plunged by 9.9 per cent in the January-February period, the steepest drop since 2009. Overall tax revenue fell 11.2 per cent, driven by a 19 per cent slump in value-added tax (VAT) revenue, the main source of fiscal income. These drops come just as the government has offered a handsome tax cut in response to the pandemic.

Meanwhile, the escalation of the pandemic in the rest of the world will only further weigh on China’s economic growth, corporate profits and personal income. In turn, this will inevitably drag down government revenue in months to come.

Beijing’s proposed stimulus spending will only exacerbate China’s already-massive debt pile, which had reached 310 per cent of gross domestic product by the end of last year, according to the Institute of International Finance. Many economies that have experienced such levels of debt have gone on to suffer a financial crash or economic crisis. China now accounts for about 60 per cent of the US$72.5 trillion emerging market debt.

A deleveraging campaign had reduced Beijing’s debt mountain in 2018. But it has since returned to credit-driven stimulus to support growth and combat the effects of its trade war with the United States.

About 80 per cent of China’s debt stock was accumulated over the past decade as the country strived to achieve the politically significant milestone of doubling its economic sizefrom 2010 to 2020. The milestone was a key goal in President Xi Jinping’s Chinese dream of “national rejuvenation”.

While the coronavirus threat has receded in China itself, any hope of an early recovery is forlorn as Covid-19 is still ripping through the major developed economies – essentially, China’s customers and trade partners. Plunging demand from abroad will create a second shock wave that will hit China’s export-oriented economy just as it is recovering from the first shock of having to lock down its cities.

China’s balance sheet will be hit by both dwindling revenue and a spiralling demand for spending. Rising corporate debt, surging local government borrowings, and soaring non-performing loans for commercial banks are three areas that could wreck its fragile financial and banking systems. The non-financial corporate debt-to-GDP ratio jumped from 93 per cent in 2009 to 153 per cent last year, one of the highest in the world. The Institute of International Finance warned that China was the major driver of global non-financial corporate debt. China’s bond defaults also hit records in 2018 and 2019.

Meanwhile, China’s local government debts will jump as a result of more infrastructure-driven stimulus. This will add to a debt pile already worth up to 40 trillion yuan – about 40 per cent of the country’s 100-trillion-yuan GDP last year. S&P Global Ratings has singled out local government financing vehicles as being chiefly responsible for the accumulation of hidden debt. At issue is that while local governments want to spend more, their income from land sales, the main source of local fiscal revenue, is decreasing. The Ministry of Finance said revenue from land sales, which are off-budget, fell by 16.4 per cent in the first two months of the year.

China’s commercial banks also face a severe test as bad debts are likely to rise. Even before the outbreak, China’s banking system was a ticking time bomb, with the state having to step in to rescue a string of embattled medium-sized lenders. A Financial Stability Report released by the People’s Bank of China at the end of last year described 586 of the country’s almost 4,400 lenders as “high risk”. Data from the China Banking and Insurance Regulatory Commission shows there has been a steady rise in the non-performing loan balances of commercial banks since the middle of last year, a result of Beijing scaling back itsdeleveraging campaign.

China’s economic planners have a habit of relying on massive levels of debt-financed stimulus whenever growth slows. The closed nature of its financial system affords policymakers the luxury of complacency, as they have a war chest of US$3.1 trillion in foreign exchange reserves.

All the signals suggest this is what they will do once more, despite the risk. Leaks suggest Beijing has amended its 2020 budget to raise the deficit to 3.5 per cent of GDP from an original cap of 3 per cent to fund this massive stimulus. Analysts say the actual fiscal deficits could jump much higher than last year’s 4.9 per cent, which included off-budget sheet borrowing and spending. Indeed, a meeting of the politburo, China’s top decision-making body, on March 27 suggested scaling up the stimulus package, with calls to raise the fiscal deficit ratio, increase issuance of Special Treasury bonds, and raise the quota of local government special bond issuance. Policymakers have also directed commercial banks to tolerate a higher threshold for bad loans, hoping to keep thousands of small and medium-sized enterprises from collapsing. The government has already sped up the issuance of bonds. The issuance of special-purpose bonds almost tripled to 950 billion yuan in the first two months of 2020, compared with last year.

It is to be expected that China’s debt will rise substantively in coming months, as in all previous crises. However, Beijing should beware that this time its fiscal measures will be limited. They will help only the country’s internal issue of supply and do nothing for external demand. China should exercise extreme caution: a financial virus can be as toxic, contagious and lethal as a biological one if it is allowed to spread.