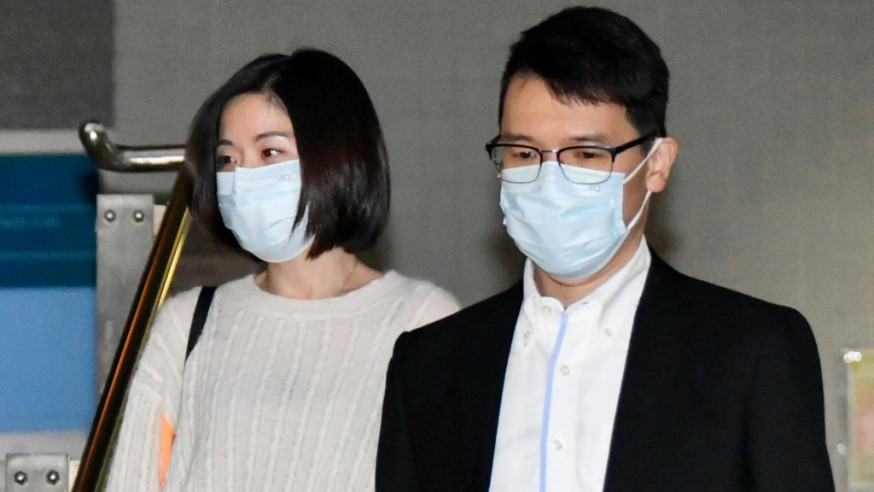 The Kowloon City Court heard on Tuesday that two senior doctors charged with stealing food worth HK$1,600 from a Whampoa supermarket were misled by police into admitting the theft, but the cop who interrogated the duo denied the allegation.
The two defendants are Chiu Ming-yu, 47, and Vivien Chuang Wai-man, 48, who had appeared at government daily Covid-19 briefings a number of times. They both face a count of theft for allegedly stealing fruits, frozen meat, and sashimi worth HK$1,632.8 from the Aeon store on April 23 last year.

A cop surnamed Hung was summoned by the prosecution before judge Frances Leung Nga-yan today and told the court that he gave the duo, taken to Hung Hom Police Station that day, some instructions so that he could take photos of them and the evidence.

Hung continued that he then took the two to a meeting room where he explained to them that they were in custody and their rights. Hung added they didn't make any requests at the time.

During cross-examination, the defense lawyer said Chiu was misled, pressed, threatened, and tempted by Hung, and later admitted to the theft and signed the documents unwillingly.

The lawyer also said Chiu once requested to contact a lawyer when being taken to the police station but was told by Hung that he could leave very soon after admitting the theft.

“Admitting the crime is the simplest way to do it. You take the statement and cooperate with us, you will be out of here in no time,” the lawyer cited Hung as saying.

Hung also told Chiu, “This [the theft] is not a big deal, and you won't go to jail for it. There won't be any criminal record, and you two will face a fine at most,” according to the lawyer.

Yet, Hung denied all allegations.