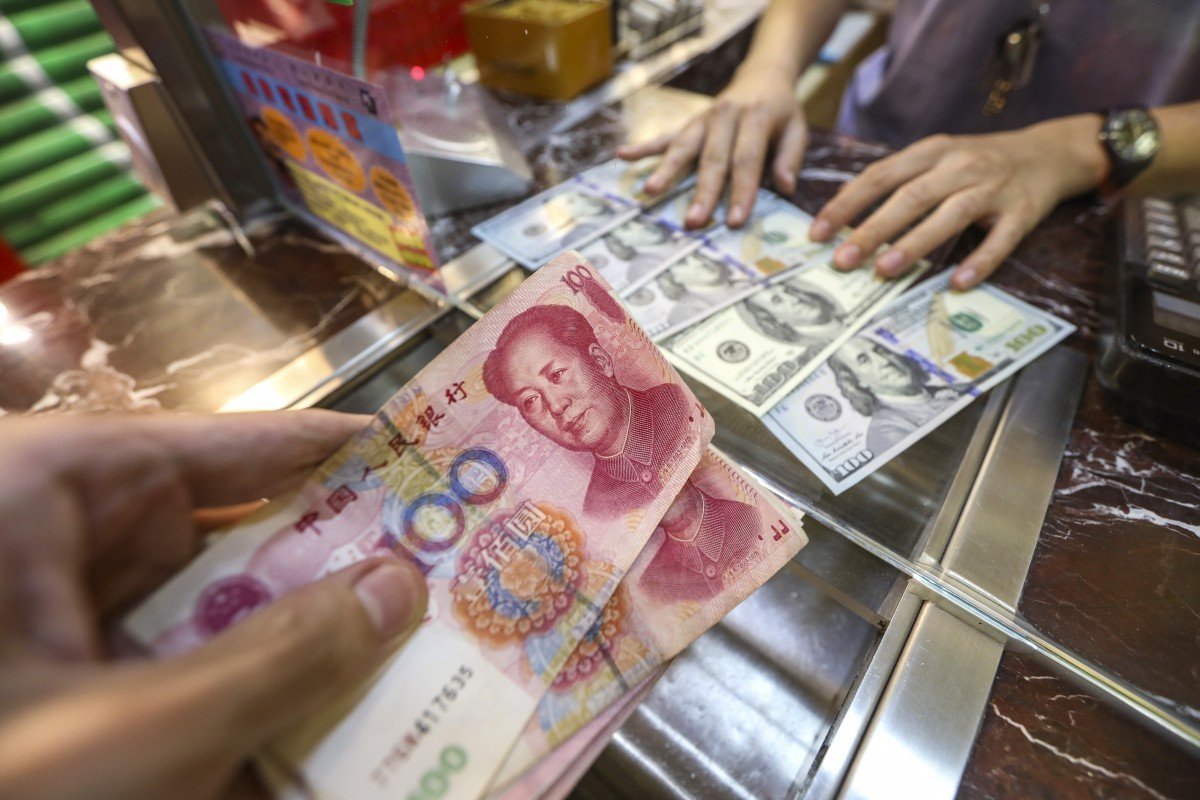 The yuan emerges as haven asset, with its best quarter in 12 years

China’s success in fighting the coronavirus and its economic fallout has attracted both praise and investment, and fuelled speculation that the yuan could become a new sanctuary for the risk-averse.
The Chinese yuan is drawing attention as a haven from volatility after its best quarter in 12 years.

The onshore renminbi gained 3.8 per cent in the three-month period ending September 30, the most since early 2008, while its offshore counterpart advanced more than 4 per cent.

That was more than Group-of-10 currencies including traditional refuges like the Swiss franc and Japanese yen, a remarkable turnaround considering the yuan’s devaluation just five years ago triggered a broad market rout.

China’s success in fighting the coronavirus and its economic fallout has attracted both praise and investment, and fuelled speculation that the yuan could become a new sanctuary for the risk-averse. Of course, the nation still tightly controls its exchange rate versus a basket of currencies, and determines how much money is able to cross its borders – taboo for many international asset managers – but those measures have also stabilised the currency even as price swings pick up elsewhere.

The offshore yuan has been “less volatile throughout this time period and the liquidity in the currency remains quite good relative to many currencies,” Brad Bechtel, global head of foreign exchange at Jefferies, said in a Bloomberg TOPLive blog on Wednesday. “China has done a lot of work on improving their capital markets and access to those markets and that is likely to continue which will improve liquidity and attract capital flows.”

Investors sent the offshore yuan to its highest since May 2019 on Wednesday, with the currency rallying as much as 0.8 per cent, the most in almost three months. Overseas holdings of Chinese sovereign debt have meanwhile risen 22 per cent this year through August.

China is set to be the only major economy to grow this year after the Covid-19 outbreak battered the world’s productivity. Economists surveyed by Bloomberg expect the nation’s GDP to rise 2.1 per cent compared to a 4.4 per cent estimated drop in the US, where disagreement around further stimulus, fears of a virus resurgence and election risk are damping expectations.

The yuan now often trades as much per day as the franc or sterling, Bechtel said. Trading in the currency grew 41 per cent between 2016 and 2019, with a snapshot of turnover taken by the Bank for International Settlements in April last year showing an average US$285 billion-a-day changed hands, just behind volumes in the Swiss currency.

It’s having a greater impact on the rest of the foreign-exchange market as a result, with correlation between the offshore yuan and currencies including the pound and Australian dollar strengthening since the start of the pandemic, according to HSBC Holdings.

But despite the yuan’s growing influence, barriers remain to its wider use. While global reserves in the Chinese currency have grown to 2.1 per cent, up from 1.4 per cent two years ago, the dollar remains dominant; more than 60 per cent of holdings are still denominated in the US currency, according to data from the International Monetary Fund.

The yuan also carries more risks than its G-10 counterparts. Not only does China’s managed exchange rate make for policy surprises, such as 2015’s devaluation, investors must also stay savvy to global trade tensions.

“Recent Chinese output data has been reassuring, but this can be linked with state support and pent-up demand from abroad,” says Jane Foley, head of foreign-exchange strategy at Rabobank. “Looking ahead, US-China tensions and trends toward on-shoring makes us very cautious.”
#COVID-19  #Covid  #Coronavirus
Add Comment