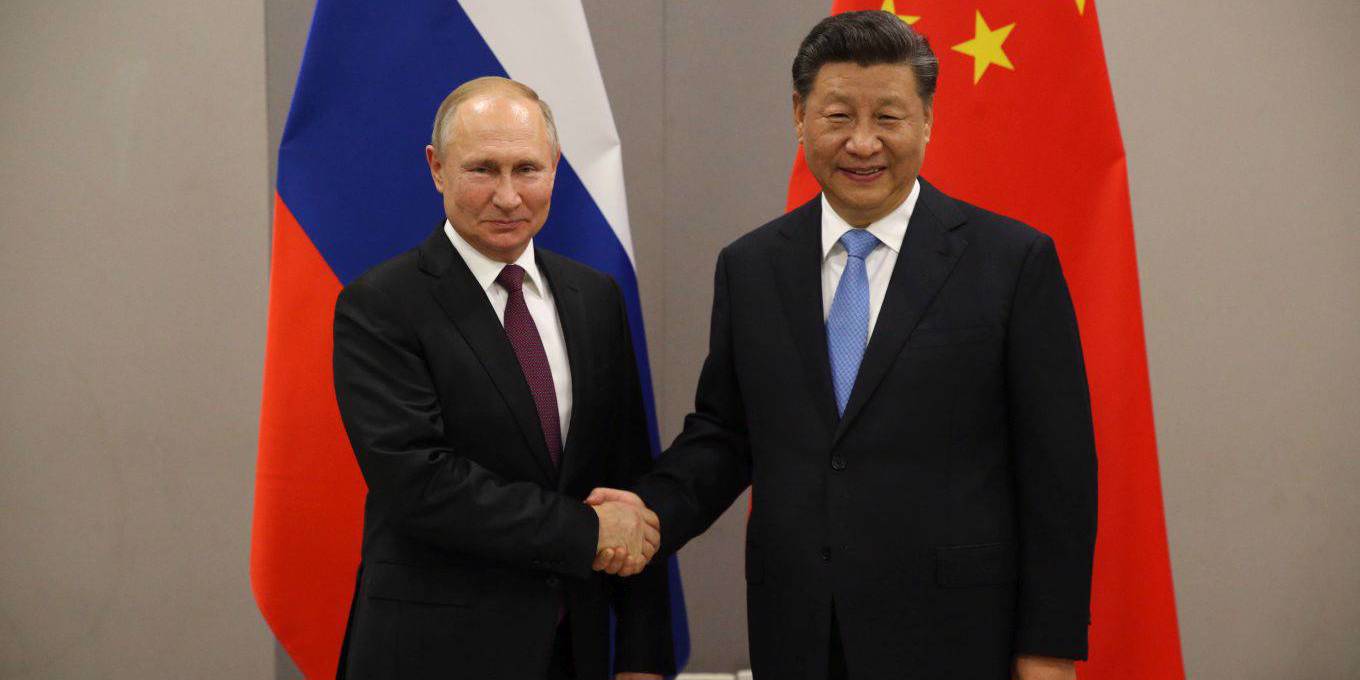 The White Swans of 2020 | by Nouriel Roubini

Financial markets remain blissfully in denial of the many predictable global crises that could come to a head this year, particularly in the months before the US presidential election. In addition to the increasingly obvious risks associated with climate change, at least four countries want to destabilize the US from within.
In my 2010 book, Crisis Economics, I defined financial crises not as the “black swan” events that Nassim Nicholas Taleb described in his eponymous bestseller, but as “white swans.” According to Taleb, black swans are events that emerge unpredictably, like a tornado, from a fat-tailed statistical distribution. But I argued that financial crises, at least, are more like hurricanes: they are the predictable result of built-up economic and financial vulnerabilities and policy mistakes.

There are times when we should expect the system to reach a tipping point – the “Minsky Moment” – when a boom and a bubble turn into a crash and a bust. Such events are not about the “unknown unknowns,” but rather the “known unknowns.”

Beyond the usual economic and policy risks that most financial analysts worry about, a number of potentially seismic white swans are visible on the horizon this year. Any of them could trigger severe economic, financial, political, and geopolitical disturbances unlike anything since the 2008 crisis.

For starters, the United States is locked in an escalating strategic rivalry with at least four implicitly aligned revisionist powers: China, Russia, Iran, and North Korea. These countries all have an interest in challenging the US-led global order, and 2020 could be a critical year for them, owing to the US presidential election and the potential change in US global policies that could follow.

Under President Donald Trump, the US is trying to contain or even trigger regime change in these four countries through economic sanctions and other means. Similarly, the four revisionists want to undercut American hard and soft power abroad by destabilizing the US from within through asymmetric warfare. If the US election descends into partisan rancor, chaos, disputed vote tallies, and accusations of “rigged” elections, so much the better for America’s rivals. A breakdown of the US political system would weaken American power abroad.

Moreover, some countries have a particular interest in removing Trump. The acute threat that he poses to the Iranian regime gives it every reason to escalate the conflict with the US in the coming months – even if it means risking a full-scale war – on the chance that the ensuing spike in oil prices would crash the US stock market, trigger a recession, and sink Trump’s re-election prospects. Yes, the consensus view is that the targeted killing of Qassem Suleimani has deterred Iran, but that argument misunderstands the regime’s perverse incentives. War between US and Iran is likely this year; the current calm is the one before the proverbial storm.

As for US-China relations, the recent “phase one” deal is a temporary Band-Aid. The bilateral cold war over technology, data, investment, currency, and finance is already escalating sharply. The COVID-19 outbreak has reinforced the position of those in the US arguing for containment, and lent further momentum to the broader trend of Sino-American “decoupling.” More immediately, the epidemic is likely to be more severe than currently expected, and the disruption to the Chinese economy will have spillover effects on global supply chains – including pharma inputs, of which China is a critical supplier – and business confidence, all of which will likely be more severe than financial markets’ current complacency suggests.

Although the Sino-American cold war is by definition a low-intensity conflict, a sharp escalation is likely this year. To some Chinese leaders, it cannot be a coincidence that their country is simultaneously experiencing a massive swine flu outbreak, a severe bird flu, a coronavirus epidemic, political unrest in Hong Kong, the re-election of Taiwan’s pro-independence president, and stepped-up US naval operations in the East and South China Seas. Regardless of whether China has only itself to blame for some of these crises, the view in Beijing is veering toward the conspiratorial.

But open aggression is not really an option at this point, given the asymmetry of conventional power. China’s immediate response to US containment efforts will likely take the form of cyberwarfare. There are several obvious targets. Chinese hackers (and their Russian, North Korean, and Iranian counterparts) could interfere in the US election by flooding Americans with misinformation and deep fakes. With the US electorate already so polarized, it is not difficult to imagine armed partisans taking to the streets to challenge the results, leading to serious violence and chaos.

Revisionist powers could also attack the US and Western financial systems – including the Society for Worldwide Interbank Financial Telecommunication (SWIFT) platform. Already, European Central Bank President Christine Lagarde has warned that a cyberattack on European financial markets could cost $645 billion. And security officials have expressed similar concerns about the US, where an even wider range of telecommunication infrastructure is potentially vulnerable.

By next year, the US-China conflict could have escalated from a cold war to a near-hot one. A Chinese regime and economy severely damaged by the COVID-19 crisis and facing restless masses will need an external scapegoat, and will likely set its sights on Taiwan, Hong Kong, Vietnam, and US naval positions in the East and South China Seas; confrontation could creep into escalating military accidents. It could also pursue the financial “nuclear option” of dumping its holdings of US Treasury bonds if escalation does take place. Because US assets comprise such a large share of China’s (and, to a lesser extent, Russia’s) foreign reserves, the Chinese are increasingly worried that such assets could be frozen through US sanctions (like those already used against Iran and North Korea).

Of course, dumping US Treasuries would impede China’s economic growth if dollar assets were sold and converted back into renminbi (which would appreciate). But China could diversify its reserves by converting them into another liquid asset that is less vulnerable to US primary or secondary sanctions, namely gold. Indeed, both China and Russia have been stockpiling gold reserves (overtly and covertly), which explains the 30% spike in gold prices since early 2019.

In a sell-off scenario, the capital gains on gold would compensate for any loss incurred from dumping US Treasuries, whose yields would spike as their market price and value fell. So far, China and Russia’s shift into gold has occurred slowly, leaving Treasury yields unaffected. But if this diversification strategy accelerates, as is likely, it could trigger a shock in the US Treasuries market, possibly leading to a sharp economic slowdown in the US.

The US, of course, will not sit idly by while coming under asymmetric attack. It has already been increasing the pressure on these countries with sanctions and other forms of trade and financial warfare, not to mention its own world-beating cyberwarfare capabilities. US cyberattacks against the four rivals will continue to intensify this year, raising the risk of the first-ever cyber world war and massive economic, financial, and political disorder.

Looking beyond the risk of severe geopolitical escalations in 2020, there are additional medium-term risks associated with climate change, which could trigger costly environmental disasters. Climate change is not just a lumbering giant that will cause economic and financial havoc decades from now. It is a threat in the here and now, as demonstrated by the growing frequency and severity of extreme weather events.

In addition to climate change, there is evidence that separate, deeper seismic events are underway, leading to rapid global movements in magnetic polarity and accelerating ocean currents.. Any one of these developments could augur an environmental white swan event, as could climatic “tipping points” such as the collapse of major ice sheets in Antarctica or Greenland in the next few years. We already know that underwater volcanic activity is increasing; what if that trend translates into rapid marine acidification and the depletion of global fish stocks upon which billions of people rely?

As of early 2020, this is where we stand: the US and Iran have already had a military confrontation that will likely soon escalate; China is in the grip of a viral outbreak that could become a global pandemic; cyberwarfare is ongoing; major holders of US Treasuries are pursuing diversification strategies; the Democratic presidential primary is exposing rifts in the opposition to Trump and already casting doubt on vote-counting processes; rivalries between the US and four revisionist powers are escalating; and the real-world costs of climate change and other environmental trends are mounting.

This list is hardly exhaustive, but it points to what one can reasonably expect for 2020. Financial markets, meanwhile, remain blissfully in denial of the risks, convinced that a calm if not happy year awaits major economies and global markets.

Nouriel Roubini, Professor of Economics at New York University's Stern School of Business and Chairman of Roubini Macro Associates, was Senior Economist for International Affairs in the White House’s Council of Economic Advisers during the Clinton Administration. He has worked for the International Monetary Fund, the US Federal Reserve, and the World Bank. His website is NourielRoubini.com.