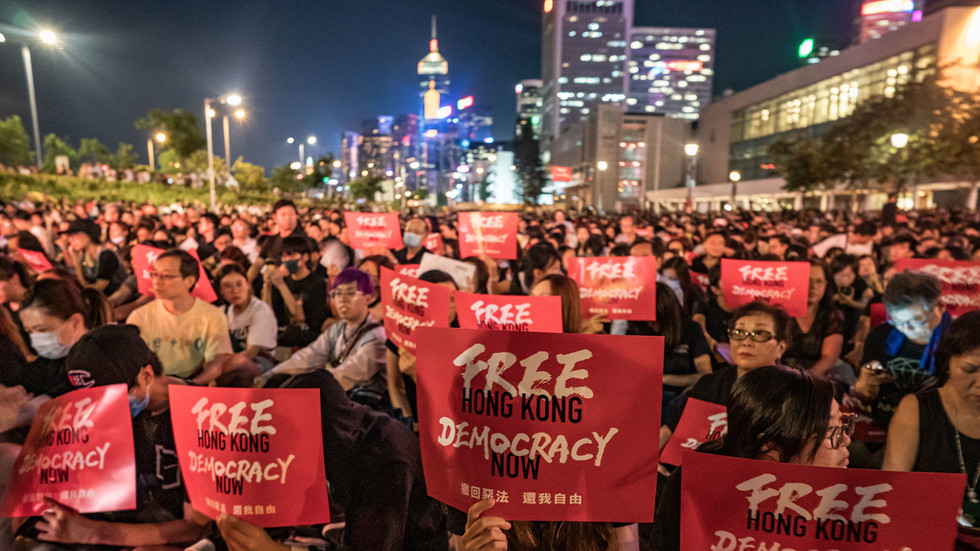 Westerners have an increasingly negative view of Beijing. But do they realize they’re being manipulated into thinking that way?
A recent article published by Joshua Kurlantzick in the Council of Foreign Relations dissects what he describes as the declining public image of China. At first glance, he isn’t wrong. Over the past two years, positive opinion of China has indeed collapsed in Western and US-aligned countries. But the reasons he states for why that has happened are as disingenuous as they are outright false. The piece goes off on a tirade listing all the ways he thinks China is bad.
From Covid-19, to so-called “wolf warrior diplomacy,” to the Belt & Road Initiative (BRI) “being a debt-trap,” to “aggressive and coercive behavior,” to Chinese vaccines apparently being “ineffective” and so on.

What is curious about these reasons is that they do not seem to resemble actual facts as much as anti-China cliches which are commonplace in American discourse, irrespective of whether they’re true or not. For example, he claims that “BRI is stalling” – but there is no evidence of this happening, with much to the contrary.

The author obliviously fails to mention what is in fact truly going on here concerning opinions of China in the West: The United States is and has been, in conjunction with its closest partners, waging a propaganda war against Beijing in order to legitimize its goals of containing China.

If you believe this conventional narrative, China is to be disliked now because all of a sudden it one day started doing bad things, such as those mentioned above, and became an “aggressive” country, alienating everyone with its “wolf warrior diplomacy.” It is as if this randomly happened for no reason, and other countries are perfectly vindicated in their response to it.

At least that’s how the average Westerner has been conditioned to understand it. They would not believe that China is effectively the same state it has been since 1949, with the same ruling party, with highly consistent territorial claims and goals, even if it has different policies to achieve those, but only that it suddenly started “changing for the worse” under Xi Jinping who set it on a course for “world domination.”

What Westerners might never be inclined to think is that they have been manipulated into these beliefs by a deliberate US campaign to change public opinion against China, to demonize, discredit and isolate the country, to derail its international engagement and justify Washington’s new priorities against it.

However, that, of course, is exactly what has happened. America’s foreign policy engine relies on a playbook which is known as “manufacturing consent” – the weaponization of the resources of the state to coordinate experts, think tanks and journalists to focus attention on issues which subsequently sway public opinion to create organic support for Washington’s policy preferences.

It is a strategy designed to create a “self-fulfilling prophecy” by masking aggression under the guise of inciting a “moral case” against the target in question. This is often done using the mantra of human rights, exploiting and manipulating people’s goodwill through the theatrical orchestration of crisis, and subsequently masking the intended foreign policy objectives as a justified act of benevolence and “concern.” It’s what the US has done in the build-up to every war, and it’s what they are doing now regarding China.

It was in 2018 that America, under the Trump administration, launched its public opinion war against China. After having “dealt” with the North Korea issue, the White House turned its focus on Beijing and unleashed a swathe of initiatives against it. It was that year that the national security strategy labeled China a “geopolitical competitor” and launched wars against Chinese trade and technology. In conjunction, the march to manufacture public consent against China began. It was no matter of coincidence that allegations and coverage regarding Xinjiang suddenly began to emerge. There is evidence showing how the wheels were placed in motion here.

The Victims of Communism group, a vitriolic right-wing think tank in Washington, reported that its donations suddenly surged from $2 million to $12 million in 2018. What was going on? Where did the sudden influx of donations come from? And more importantly: Why? The answer was Washington’s new focus on China. This organization suddenly went from something obscure into an important voice advocating anti-China content on Xinjiang through the scholar Adrian Zenz. Other hawkish think tanks, such as the Australian Strategic Policy Institute in Canberra, which receives US State Department funding, also rose to prominence, publishing allegations of “forced labor.” Again, Xinjiang was the focus, and Western mainstream media followed in tandem. The campaign to demonize Beijing was underway.

The Trump administration then used the Covid-19 pandemic to build on this new consensus, scapegoating China for an alleged cover-up. Utilizing this “atrocity propaganda” and jibes about the “China virus” was designed to whip up paranoia and fear against all things China-related. Every Chinese company, organization, or individual were vehicles for espionage, such as Huawei and the Confucius Institutes. Governments who sought to engage with Beijing favorably were denounced, lobbied, and strong-armed into changing their minds.

This is the art of “manufacturing consent” – the US uses its extensive networks to big up dissidents, coordinate mainstream media, set the agenda, poison civil society by weaponizing human rights activists against the target country by giving them preferential coverage and resources (whilst ignoring atrocities elsewhere), and create a self-sustaining narrative that conforms to its own foreign policy goals.

The US conducted an active and successful sledgehammer operation on Western opinion of China. When Beijing has the temerity to hit back at this propaganda war against it, then, insidiously, as you can see with articles like the Council of Foreign Relations, its own analysts blame Beijing for the geopolitical context they created.

The discourse of “wolf warrior diplomacy” in this light is dishonest, misleading, and unhelpful because it frames China as the perpetrator when it is simply reacting to hostility weaponized against it. Beijing is scorned for being forced to make political responses to hostile moves by the US. For example, by the kidnapping of Huawei executive Meng Wanzhou in Canada in 2018 and forcing China to respond in turn, Beijing is then framed as the aggressor and “commits hostage diplomacy.” Likewise, China’s positions on Taiwan, the South China Sea, Hong Kong, and so on, are not new at all, but America has gaslighted these issues by moving the goalposts on them and seeking to force Beijing’s hand.

In a nutshell, there is scant analysis in the West as to how America’s active and deliberative stoking of geopolitical conflict creates such hostility, or any holding Washington to account for its global propaganda.

However, its cold war against China is very much real. It can only truly be understood in the framework of the rivalry between the two powers and appreciating US foreign policy in the dynamics of its continuing desire for sole power, and not the facade of a righteous and heroic nation having “concerns” about certain issues. Such articles as Kurlantzickin’s ultimately insult the public’s intelligence, who are fed an endless array of lies teaching them to hate and fear China. It’s time to wake up to the truth.
#Vaccines  #COVID-19  #Covid
Add Comment