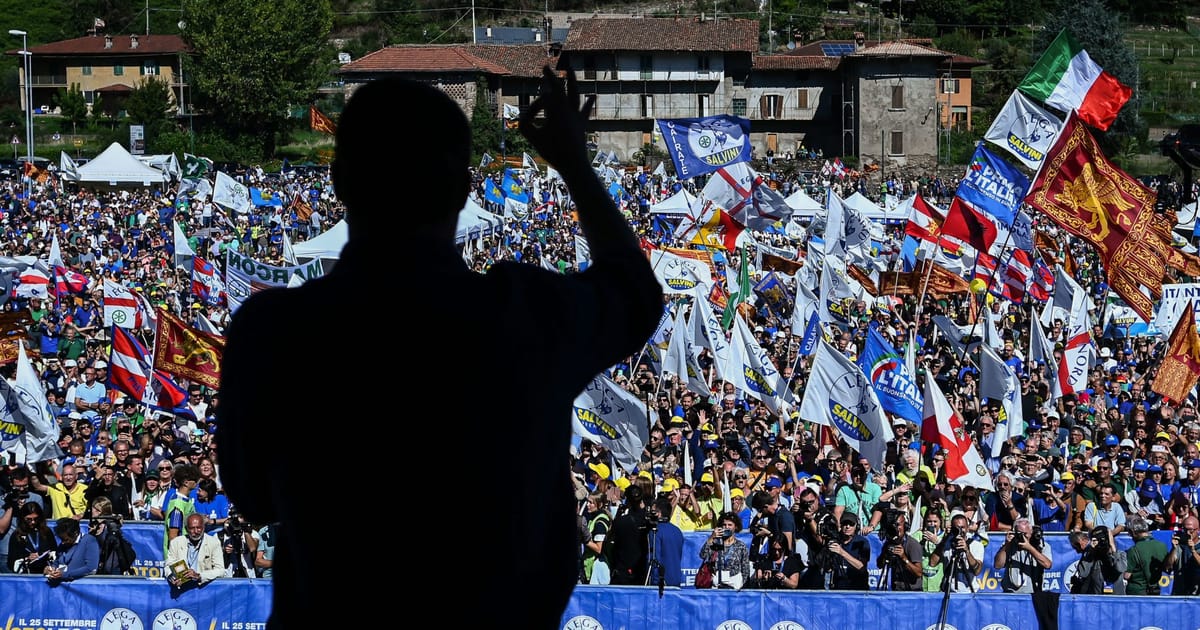 Local politicians and social media influencers, not the Kremlin, are the main peddlers of falsehoods ahead of this weekend’s vote.

Ahead of this weekend's election, Italian voters have a problem: separating the truth from the lies they read online.

Despite concerns that Russia will try to meddle in the campaign, Italian politicians and social media influencers have so far played the greatest role in spreading election-related online falsehoods, based on an analysis by Digital Bridge, POLITICO's transatlantic tech newsletter.

These accounts attack immigrants, make accusations against the European Union and promote support for Russia's invasion of Ukraine. While it might appear reassuring that the Kremlin is not behind such widespread online messaging, the bad news is that Italians are more likely to believe what they read from local sources than foreign sites and social media accounts.

On Sunday, Italy is expected to back a new right-wing coalition, led by Giorgia Meloni of the Brothers of Italy party. The outcome of the vote will be critical for Italy's economy and the political dynamics across the 27-country bloc, where the experienced Mario Draghi, the outgoing Italian prime minister, is expected to be replaced by an untested far-right leader.

Senior European officials, including those in charge of the EU's renewed efforts to clamp down on foreign disinformation, continue to warn the Kremlin may seek to tilt the scales in its favor during this weekend's vote.

But Italian Facebook and Twitter accounts peddling election-related misinformation have significantly outnumbered accounts that do not originate in the country for combined likes, shares and comments, according to data from CrowdTangle, the social media analytics firm owned by Meta, during the three weeks through September 16.

"Information from domestic politicians and domestic media, especially if endorsed by other members of the community, is far more likely to impact people’s attitudes and behaviors than posts from unfamiliar social media accounts or marginal foreign state-controlled media few follow and fewer still trust," said Rasmus Kleis Nielsen, professor of political communication at the University of Oxford, who has tracked the role of politicians in the spread of rumors online.

"It’s obviously awkward for the political class to explicitly recognize the fact that misinformation often comes from the top," he added. "It may be politically more convenient to pretend the problem is nefarious foreign actors. But that doesn’t make it true."

Politicians trying to get elected

Many of the half-truths and falsehoods shared widely in recent days have a clear goal in mind: to muddy the political waters.

More than 90 percent of the pledges from the country's political parties were not rooted in economic reality, according to the Italian fact-checking organization Pagella Politica, which scoured through the commitments from both left- and right-leaning groups. That included everything from falsehoods related to promises of potentially hefty handouts for young voters, to widespread subsidies to combat skyrocketing energy costs.

Many of these pledges were shared widely by leading politicians — an effort to woo voters in an election that is not expected to see any political party garner sufficient votes on its own to form a government, based on POLITICO's Poll of Polls.

On thorny domestic topics, including those associated with rising levels of immigration and Europe's support for Ukraine in its war with Russia, Italian social media accounts have similarly dominated the online conversation. In particular, the role of migrants in Italian society has become a touchpoint for increasing support for far-right politicians. 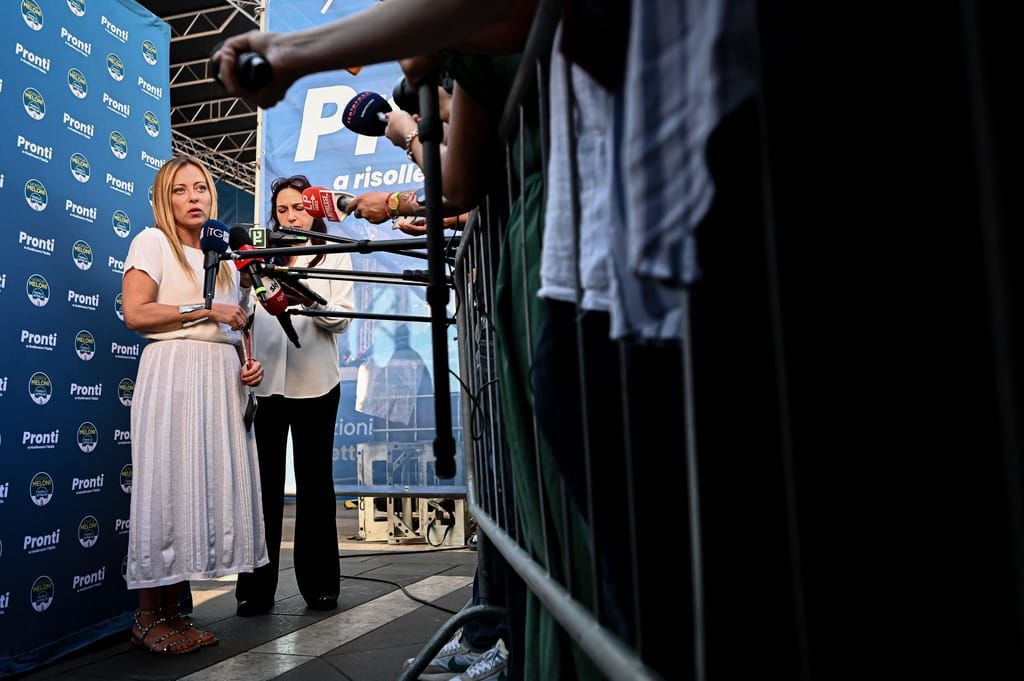 In recent weeks, Facebook pages specifically created to foster anti-immigrant sentiment posted videos and images of alleged immigrants beating up or abusing people, in the build-up to Sunday's vote. These social media posts, collectively, have been shared thousands of times, particularly via far-right influencers and political candidates, based on CrowdTangle data.

Social media companies including Facebook and Twitter say they have taken action against election-related misinformation in Italy and have promoted legitimate mainstream news content about the upcoming vote.

Russia lurking in the long grass?

Since February, Italian politicians from all political parties have pulled back on their support for Vladimir Putin. But online, some Italian social media users continue to question the EU's backing for Ukraine.

Two European government officials who are tracking Russian disinformation, both in Italy and across the EU, cautioned that despite the Kremlin's perceived lack of role in this weekend's election, Moscow still remained a key player.

Brussels' sanctions blocked Russian state-media like RT and Sputnik from operating in the EU in response to the February invasion. But in the years before the war, Italian-language content from Russian outlets had already garnered a significant audience.

The two officials, who spoke on the condition of anonymity because they were not authorized to speak publicly, said pro-Russian messages blaming the West for tensions were now part of the daily political discussions in Italy — even if now it was Italians, not a foreign government, who were spreading such misinformation.

"Just because Russia isn't out there publicly doesn't mean it's not having an impact," said one of those officials. "They've already made their message stick, no matter who's now pushing those narratives."