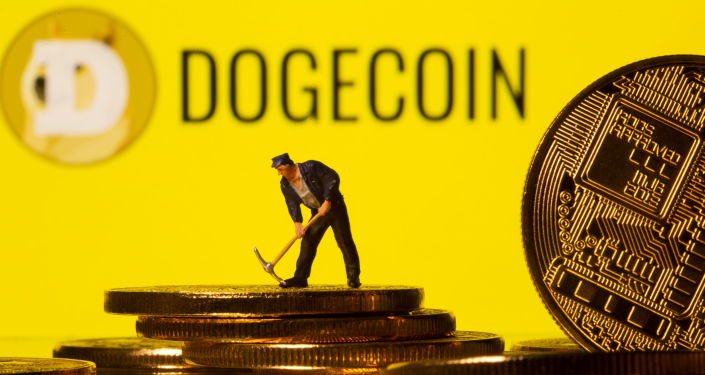 One of the world's largest investment banks confirmed a top executive had exited the firm, but failed to explain the reason, US media revealed on Tuesday.

According to Efinancialcareers, the senior exec quit his 14-year career with Goldman Sachs after gaining millions from Dogecoin and is set to launch a hedge fund.

The Efinancecarriers report added similar execs have quit jobs to join the cryptocurrency industry, including Luyi Zhang, senior quantitative analyst at Bank of America in New York, who made similar moves after working for Coinbase as a senior software engineer.

Jesse Bornstein quit working for Nomura, a trade finance firm in New York, to join Stakehound as a vice-president, with the company issuing tokens for decentralised finance (DeFi).

The news comes just months after Goldman Sachs announced it would offer investment instruments for Bitcoin and other cryptocurrency assets, with a minimum purchase of $25m for clients and groups.

Dogecoin Skyrockets 'To The Moon' After January Takeoff

The altcoin was launched as a joke in 2013 but has since skyrocketed over 12,000 percent since January.

Famous people such as Tesla CEO Elon Musk, also known as the "Dogefather", US rapper Snoop Dogg and rock musician Gene Simmons have backed the cryptocurrency since its meteoric rally from January.

The currency rose to 68 cents on Thursday ahead of Musk's announced appearance on Saturday Night Live.

But Musk's 8 May performance plummeted the value 30 percent after he jokingly said Dogecoin was a "hustle". However, the altcoin has recovered after the comments and remains over 1,000 percent its January value.

According to Fortune, McMahon likely earned his millions prior to Musk's SNL gaffe.

The latest developments come after Musk announced on Tuesday Tesla Motors may consider accepting Dogecoin for payments as well as SpaceX's "DOGE-1 Mission to the Moon" mission set for next year.