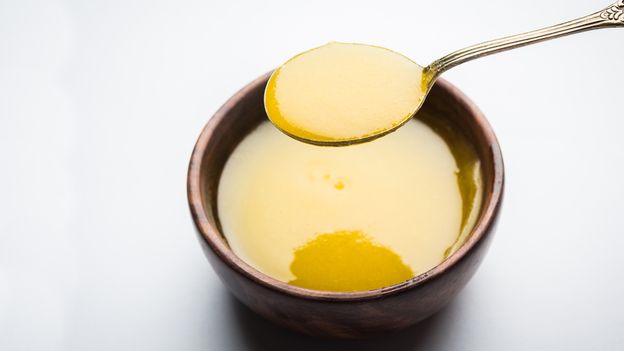 The purest food on Earth?

Ghee had fallen out of favour as saturated fats were considered unhealthy. But now, Indians are finding their way back to this ingredient that's so integral to their cuisine.

Today, he enjoys the subtle touch of ghee in many of his favourite Bengali dishes, adding it to steamed rice with fried kaatla fish (Indian carp) for ghee bhaat, and swirling it into phyaana bhaat, a one-pot rice dish cooked with its own starch, mashed potato and a boiled egg. Even his khichuri (also spelled khichdi), a comforting rice and lentil porridge Karmakar associates with rainy days, is incomplete without the ubiquitous fat.

"I belong to the set of people who grew up under the impression that ghee is unhealthy and [I am] now making up for it," he said, "It's [essentially] the purest food on Earth."

For millennia, ghee has been a venerated staple of the subcontinental diet, but it fell out of favour a few decades ago when saturated fats were largely considered to be unhealthy. But more recently, as the thinking around saturated fats is shifting globally, Indians are finding their own way back to this ingredient that's so integral to their cuisine.

For Karmakar, a renewed interest in ghee is emblematic of a return-to-basics movement in India, which was years in the making but fast-tracked during the pandemic, when "people started being more mindful about their food", he explained. This movement is also part of an overall trend towards "slow food". In keeping with the movement's philosophy, ghee can be produced locally (even at home) and has inextricable cultural ties.

Making ghee is a labour of love for Nitin Ahir, co-founder of GirOrganic, a dairy farm and ghee producer in the city of Surat in the west Indian state of Gujarat. Instead of using imported cow breeds like Jersey, Holstein and Friesian like mass producers do, he gets his milk from his herd of Gir cows, an Indian-born breed native to the Gir hills and forests of the Kathiawar Peninsula. He allows his cows to graze openly on grass and makes sure that calves have their rightful first share of their mothers' milk before milking.

His A2 ghee, a type of ghee that is considered nutritionally superior, is made via the "bilona method" in which a small motor-operated machine moves clockwise and anti-clockwise mimicking the traditional motion of a handheld wooden churner, a process that he admits "isn't the most cost-effective and resists large scale production". Nevertheless, he estimates he's witnessed a 25-30% increase in demand for his ghee since the pandemic began.

At a basic level, ghee is a type of clarified butter believed to have originated in India as a way to preserve butter from going rancid in the hot climate. Churned cream or butter is simmered slowly until the moisture evaporates and any browned milk solids are removed, resulting in a sumptuously rich, fragrant and nutty fat. 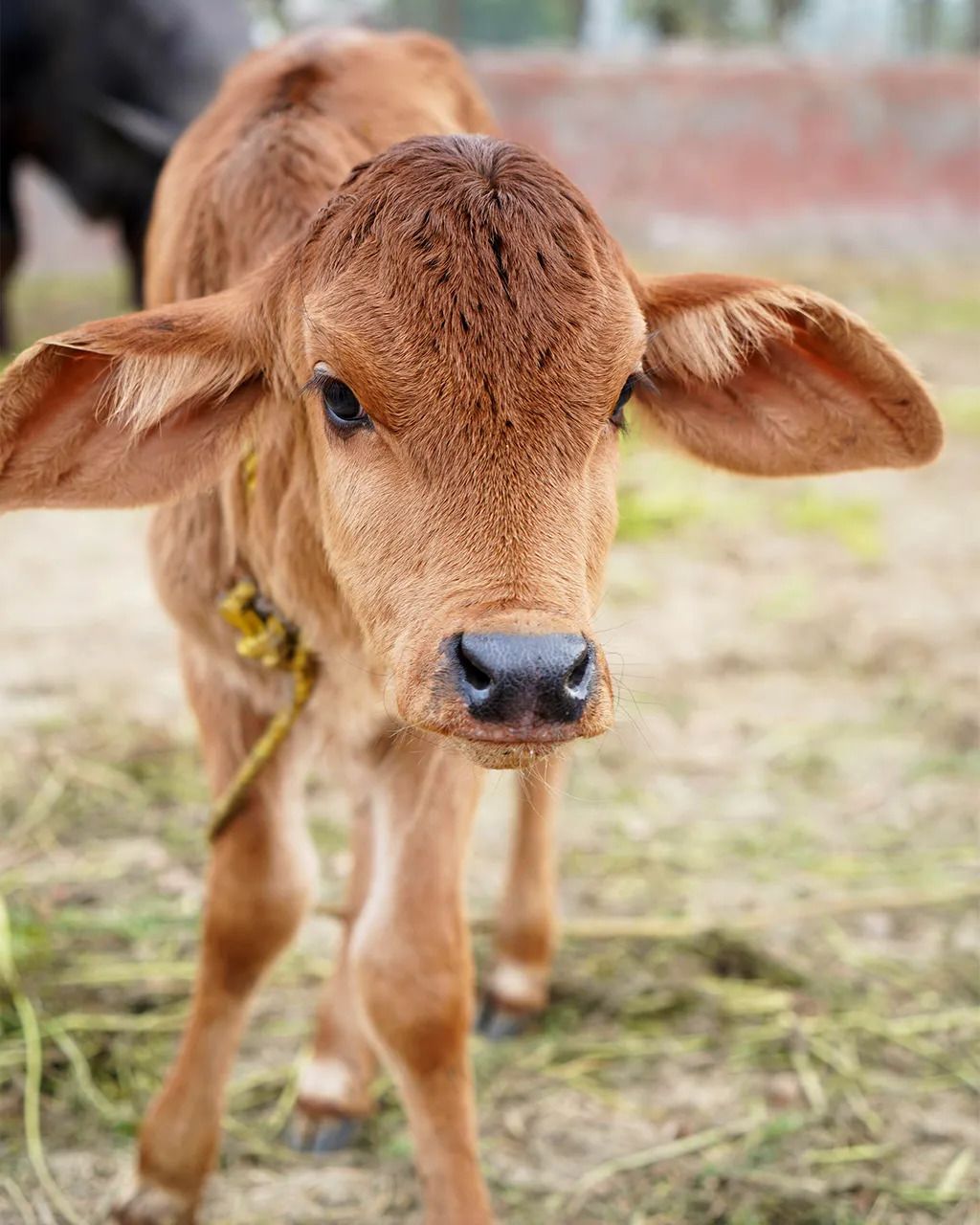 For many Indians, however, ghee is historically something more sacred than just a cooking fat.

"Ghee is the final and purest form of milk – the last extract," said author and food historian Pritha Sen. "It was considered the purest offering to the gods and the medium by which prayers were carried to the heavens."

Its history dates back millennia. "Paeans to ghee are found in the Rig Veda, a collection of ancient hymns and prayers dating back nearly 4,000 years," explained Colleen Taylor Sen, a Chicago-based food historian and author of Feasts and Fasts: A History of Food in India. "According to legend, Prajapati, lord of the creatures, rubbed his hands together to create the first ghee, which he poured into flames to create his children."

Ghee is also deeply woven into the fabric of Indian culture. Traditionally, Hindus pour ghee into fire at marriages, funerals and other ceremonies as it is believed to be auspicious. In Ayurveda, a traditional Indian system of medicine, Ghee is considered a virtual panacea. And its wholesome qualities have been embraced by generations of mothers and grandmothers. 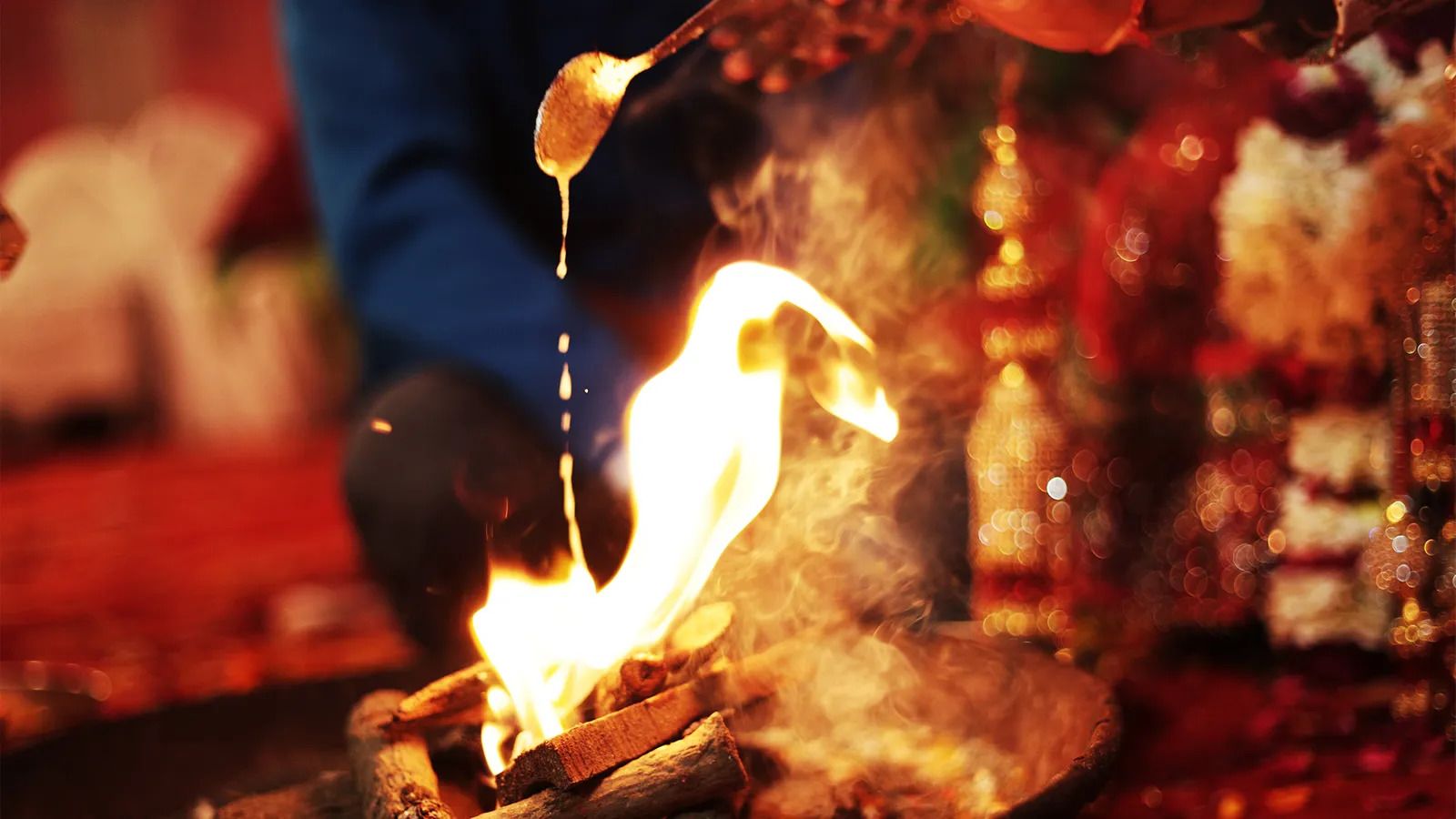 Traditionally, Hindus pour ghee into fire at marriages, funerals and other ceremonies

For US-based food author Sandeepa Mukherjee Datta, who runs Bong Mom's Cookbook, choosing ghee when it was time to introduce fat and oil to her babies was a no-brainer. "[It's] good fat, to give the young bones and brain nourishment and vitamins," she said.

Her mother took things a step further, insisting on nothing but homemade ghee. "She would make small jars of ghee and send it for her granddaughters with anyone who was flying across the Atlantic," said Datta. "That ghee was pure and tasted like a gift from heaven."

"That ghee was pure and tasted like a gift from heaven."

"Ghee is not only a medium to cook and fry food," said Datta. "Before the advent of fancy cereals and oats, every Bengali child was unified by the same breakfast dish on school mornings." The dish, ghee-alu sheddho-bhaat (ghee-mashed potatoes-rice), she explained, is almost Bengal's unofficial state food. "In those days, before carbs and fat got a bad rap, mothers felt this dish was the right balance to fortify their children throughout the day."

That "bad rap" – due to claims that saturated fats are bad for heart health – affected ghee, which has up to 50-70% saturated fat. For a few decades, consuming ghee fell out of favour in India. In the 1980s, vegetable oils were heavily promoted by the industry, and as vegetable oil consumption went up, ghee consumption went down. "The advertising would really shake you up," he said. "The urban and Western exposed population began looking down on traditional oils and using the vegetable oil."

With time, the neutral flavour of refined vegetable oil became the norm – and ghee the exception. 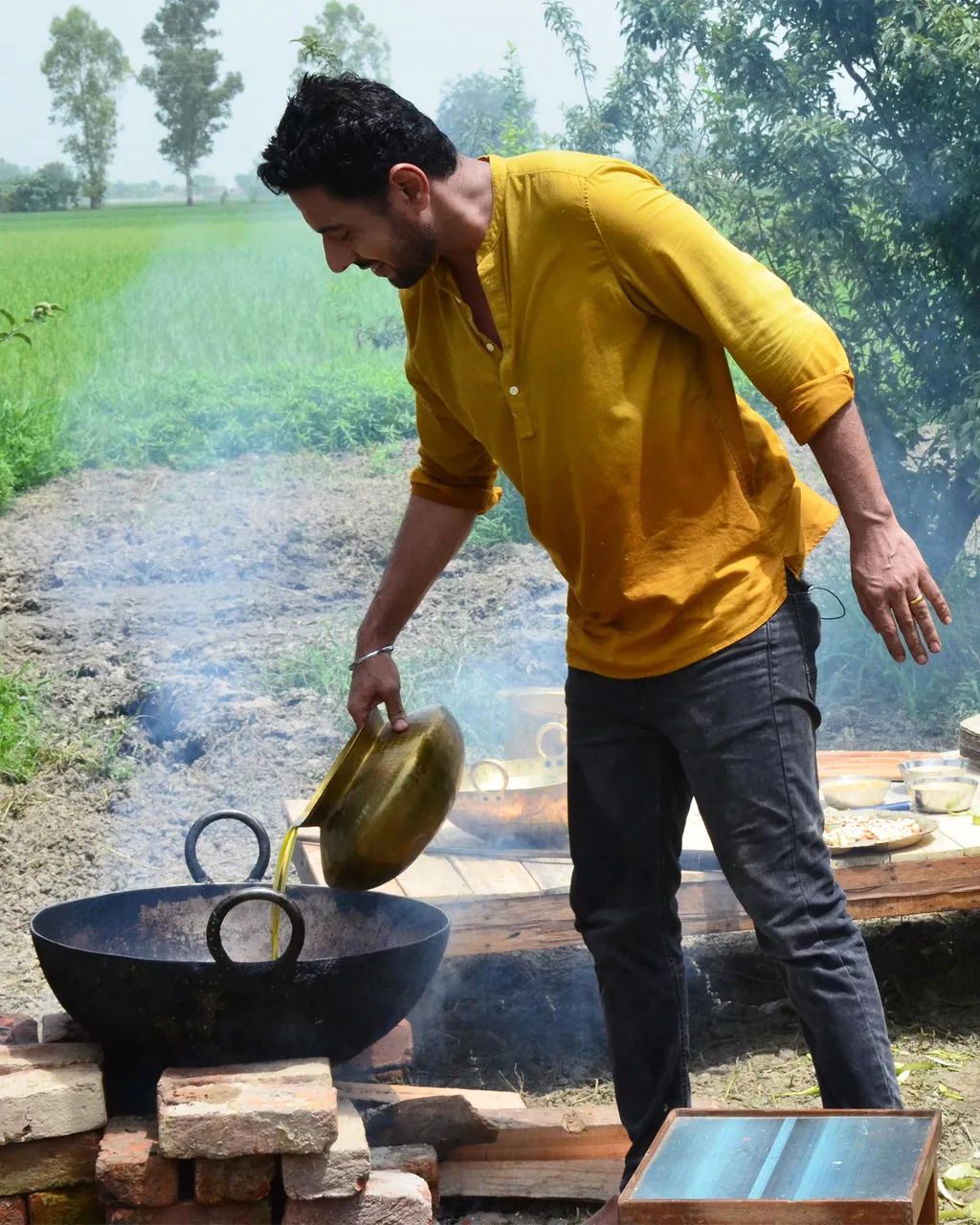 "The whole fat conversation from the 1980s onwards was out to make saturated fats [the villain] – fortunately, we understand the fat and cholesterol space better now," said celebrity chef Ranveer Brar, an author, restaurateur and MasterChef India judge.

While experts still advise against a high-fat diet, some have begun to mellow their stance on the overall risks of saturated fat. And thanks partly to the high fat keto diet craze, ghee's popularity has soared in countries like the US.

However, the West's newfound interest in ghee may be somewhat misguided. For one thing, much is made of ghee's high smoke point, which passionate advocates extoll for its ability to withstand higher temperatures than butter. But according to Brar, the objective of cooking with ghee "isn't to get to smoking temperature in the first place; [it's] just to a point of extracting the flavours."

Furthermore, in India, ghee is not consumed in copious amounts for a quick-fix or to help stick to lower carb macros (due to the fat's satiating effect). Instead, the traditional approach to ghee is one of moderation, harmony and grace. Here, the pale yellow, crumbly fat isn't just blitzed into coffee; it stars as a final touch to dishes, moving slowly as small dollops of it are transformed by heat into a molten gold liquid, settling into every mouthful. 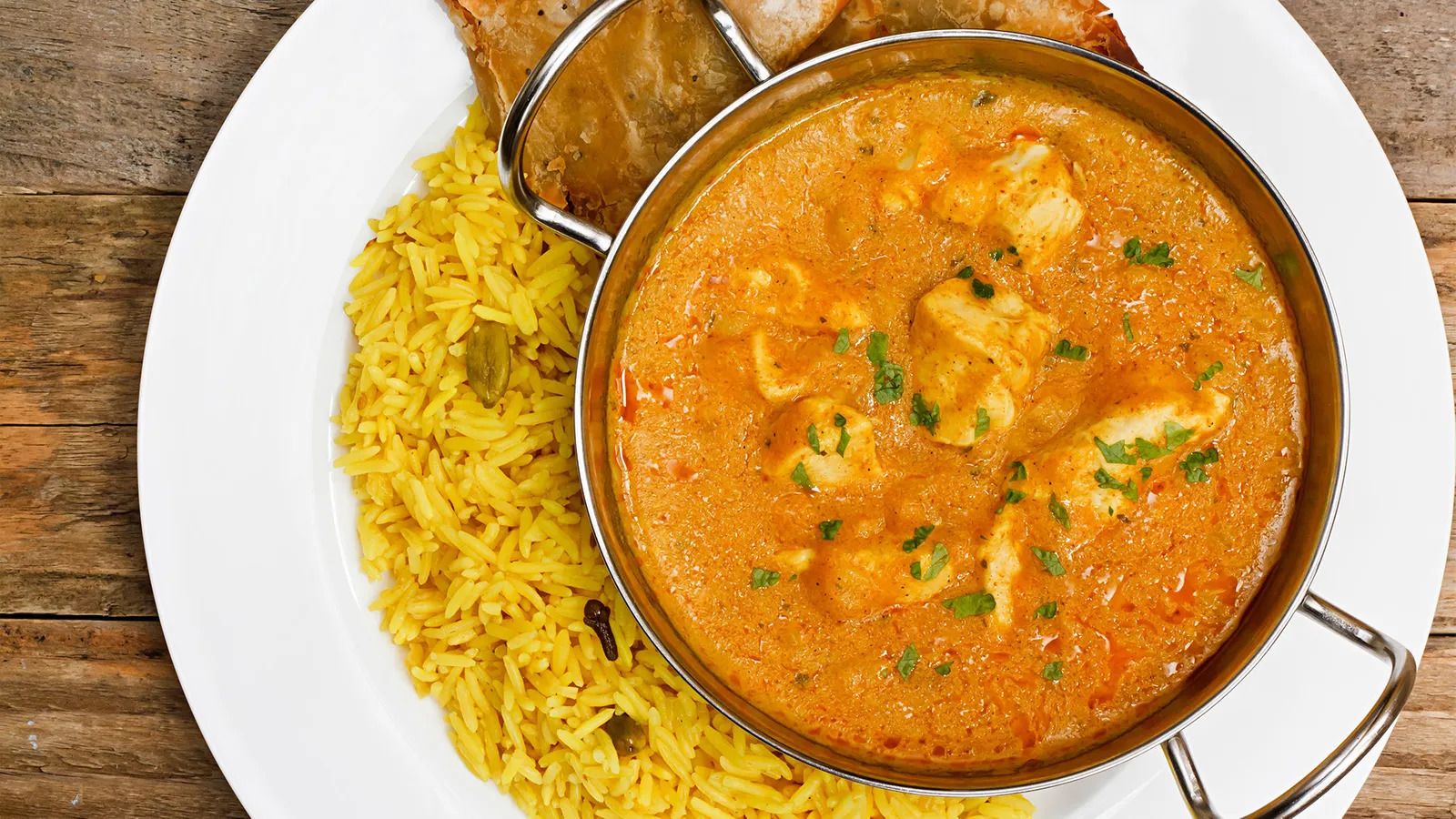 According to chef Ranveer Brar, ghee pairs well with dishes that have pronounced lactic notes like korma

So how is ghee best used? Brar recommends using ghee with lentils or in dishes with pronounced lactic notes, such as yoghourt-based curries, like korma. "Start with a light smear on your soups in winter, on your pita or flatbread. [Then] you can use it for marinating and tempering. [Eventually], it becomes an essential part of the [overall] bouquet that you inhale," Brar said.

Chef Manish Mehrotra, culinary director of Indian Accent restaurants and part of the Old World Hospitality group for the past 22 years, said it was important to him when setting a menu to include recipes paying homage to the unique flavour of ghee. He is confident the world is coming to understand his country's cuisine and recognise its "authentic" tastes. One of Mehrotra's signature dishes is ghee roast mutton boti (savoury chunks of flavourful meat), "The ghee imparts this smoky-sweet flavour. It's one of our best-sellers," he said.

Chef Nikita Rao of Mumbai's Ekaa restaurant believes in celebrating the distinctive nature of each ingredient. "It's ingredient-driven fine-dining," she said. With such concerted focus on the food itself, she explained how the ethos behind using ghee in a recipe is allowing it to assimilate and let other components sing. Her Morning Glory salad with tamarind dressing, for instance, is topped with homemade creme fraiche and a tempering of ghee, curry leaves and fiery resham patti chillies. "The tempering is less than 10% of the entire salad, but people absolutely love it, and buffalo ghee complements the entire dish." 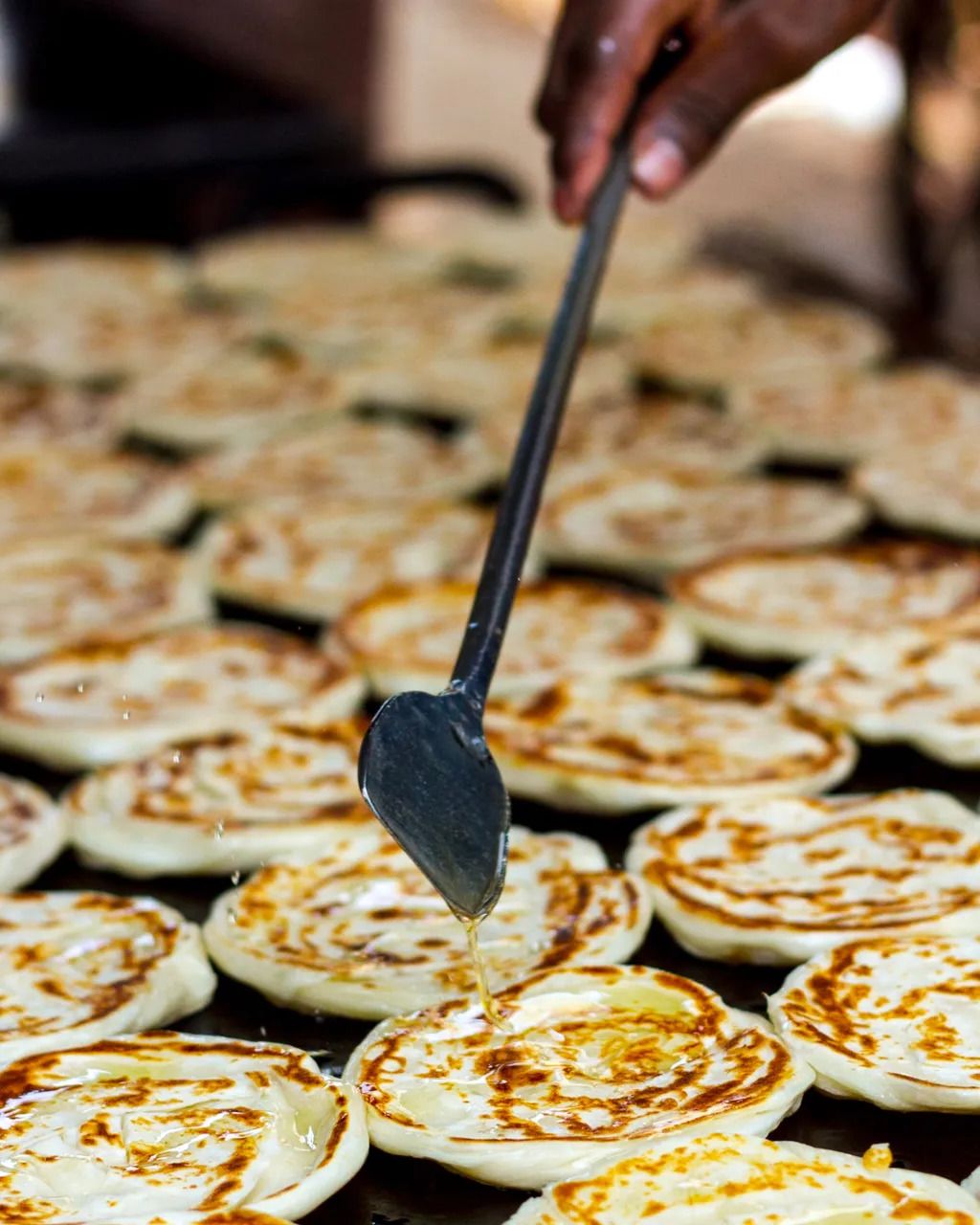 Ghee is an ingredient that's integral to Indian cuisine

Ultimately, understanding ghee means understanding a collective Indian identity, an approach to food that is cohesive, holistic and balanced – and one where ghee isn't a piecemeal part or overpowering presence. And when ghee is understood for its true essence, good things are sure to follow.

Brar always has ghee within arm's distance of his stovetop. As he said, "I've grown up with my grandma's chunni [scarf or stole] and the whole house smelling of ghee. When I reach for ghee, I'm searching for more than just a fat. I'm reaching out for my childhood."