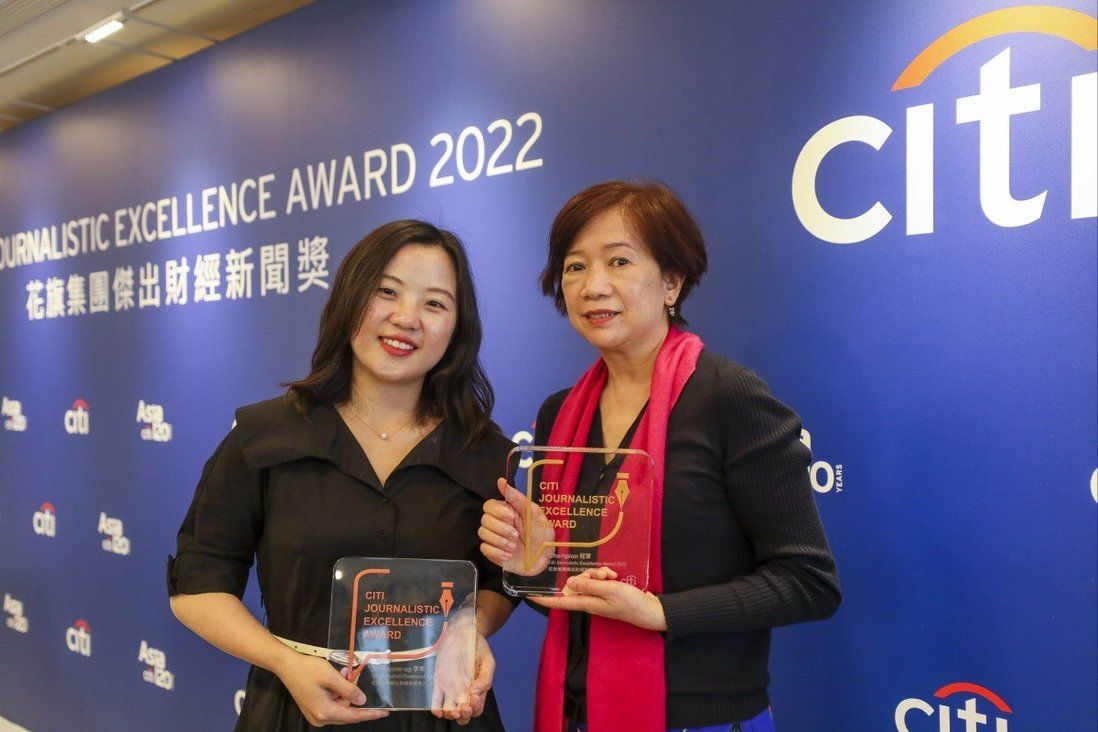 Timely, objective and accurate reporting on business, economic and financial issues lead to a more informed public, said the chief executive of Citi, which had been sponsoring the awards in Asia for 13 years.
South China Morning Post has won two of the top three prizes at the 2022 Citi Journalistic Excellence Awards, administered by the Columbia University Graduate School of Journalism.

Former technology reporter Jane Zhang, now working for Bloomberg, won second runner-up with her March 2021 report from Wuhan about how a local chip maker had based its hopes of catching up with the country’s biggest semiconductor foundry on a string of false promises.

“Timely, objective and accurate reporting on business, economic and financial issues lead to a more informed public,” said Angel Ng, Asia-Pacific Head of Citi Global Wealth and CEO for Citi Hong Kong & Macau, which has sponsored the awards for 13 years. “Congratulations to our award winners on their outstanding work and commitment to journalistic excellence. In-depth and forward-thinking reporting is, and will continue to be, crucial to the progress and development of the financial industry and society as a whole.”

The first runner-up award went to Sing Tao Daily’s Miki Kwong, for her Chinese-language story about a bubble brewing in non-fungible tokens (NFT) amid the industry’s hype, an article which also bagged her the Newcomer of the Year honour.

Edmond Wong’s report about US interest rates and Hong Kong’s currency peg, aired on Cable TV, was hailed as the Broadcast of the Year.

This was the second time since 2019 that SCMP has won the top honours at the awards. Liu Yujing’s June 2018 story about a Sichuan facility that bred 6 billion cockroaches as food and medicine won the 2019 award, entitling Liu to a weeklong programme at Columbia.

Sito joined the Post in 1994. Her winning story was about an obscure list of imported medications that were eligible for state subsidies through China’s health insurance scheme, an administrative largesse that has saved lives and made rare diseases treatable and affordable.

She interviewed the mother of a 19-month-old infant afflicted with an unusual spinal atrophy, who would not have been able to afford the lifelong treatment at 700,000 yuan (US$110,000) per dose, were it not for the subsidies, which applied to the imported drug in the latest addition.

“Peggy Sito’s award-winning reporting demonstrated deep expertise in the mechanics of pharmaceutical drug pricing, government regulations, and marketing strategies,” Columbia’s director of professional programmes Kate Kennedy said in a statement. “Her long career as a business reporter and now editor is evident in this sophisticated reporting.”

Zhang’s story featured her on-the-ground reporting from the Hubei provincial capital of Wuhan, where an ambitious dream to answer China’s pressing need for semiconductor manufacturing has turned into a nightmare because of a string of false promises, the latest in a string of scandals along China’s long road to chip autonomy.
Add Comment