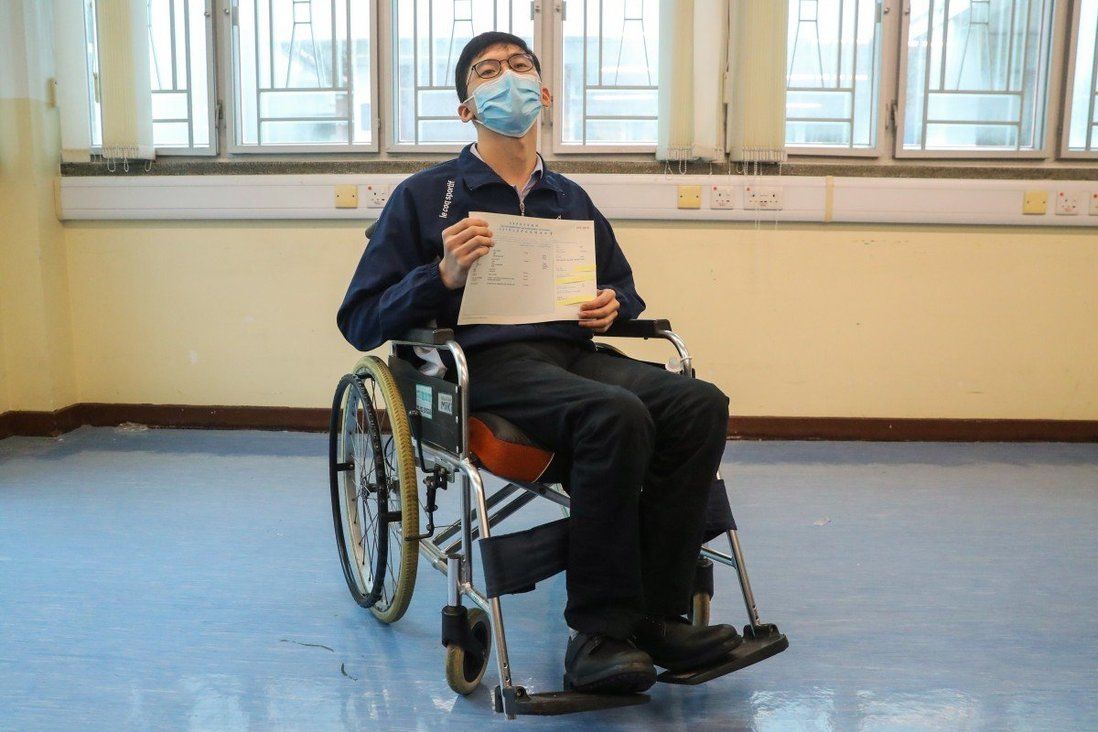 Ching Chun-ho makes his parents and teachers proud by scoring 18 marks for six subjects despite requiring extra time to finish each paper.

While most of the nearly 50,000 candidates of Hong Kong’s university entrance exams finish off their papers within just a few hours, Ching Chun-ho needs almost twice as long.

The 20-year-old student from Hong Kong Red Cross John F Kennedy Centre – a special education school for pupils with physical disabilities – was diagnosed aged two with neurodegenerative disease, which weakens his control over speech and movement.

Ching was allowed to take the Diploma of Secondary Education (DSE) exam on the computer because of his difficulties controlling the pen. He was also granted 75 per cent extra time to finish each paper. 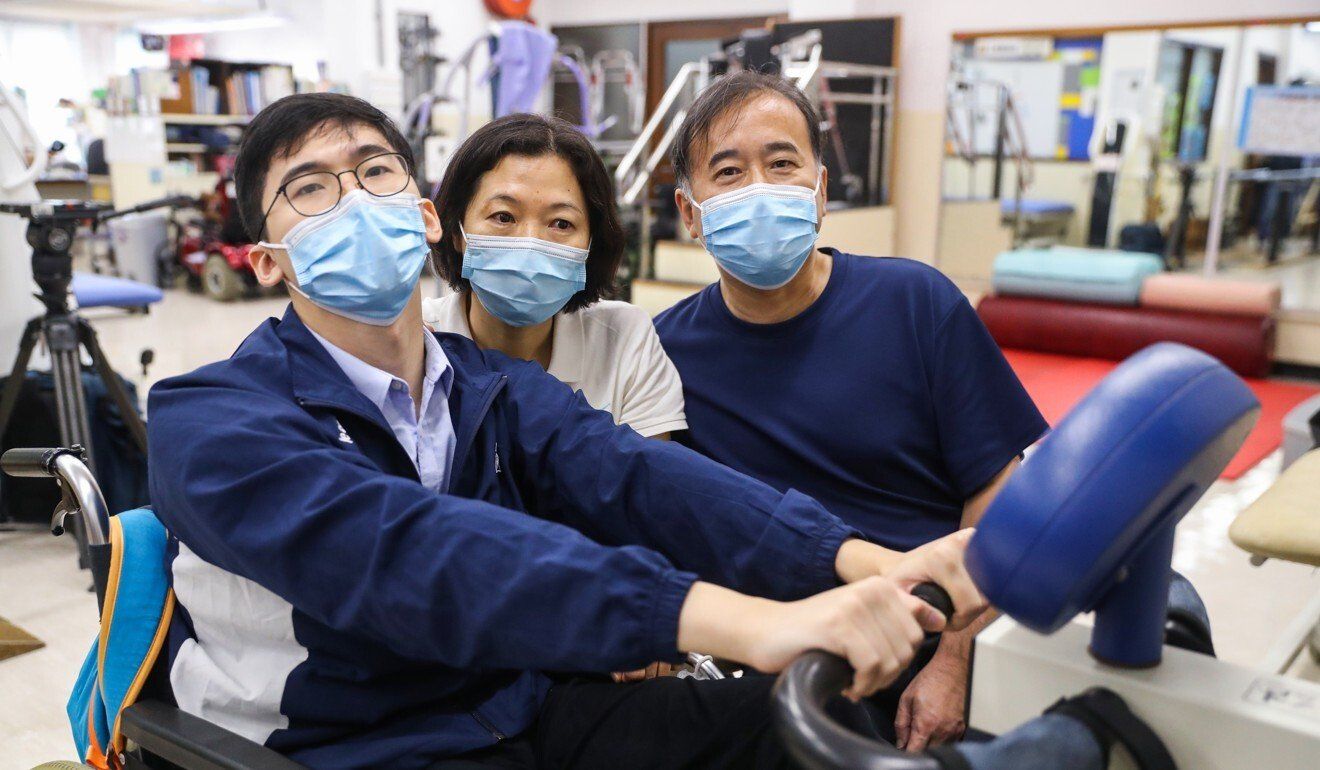 Ching Chun-ho with his parents Yeung kwai-heung and Michael Ching.

When he received his DSE results on Wednesday, his parents and teachers were proud of his achievement – 18 marks for six subjects.

The exam is scored on a scale of seven levels. The highest mark is 5**, while the lowest is level 1, with an extra point with each rising grade.

Ching grew up attending mainstream local schools until Form Four, when he had to leave due to the overwhelming amount of homework.

“His former teachers [made] some accommodations [for him], such as teaching him how to write in shorthand, but he would still have to work until 3am because he writes so slowly,” said Ching’s father, Michael Ching Sun-hoi. “He told me he could not stand the pressure.”

After joining the John F Kennedy Centre, Ching had to retake Form Three as the elective subjects he had already taken did not transfer. He also had to get used to the Chinese curriculum, in contrast to the English syllabus of his former school.

“Whereas most students start an exam in the morning and finish at noon, Chun-ho had to take almost the entire day, finishing at 3 or 4pm,” Yuen said. “His endurance is tremendous.”

Though he had not received any offers yet, Ching planned to pursue STEM subjects or commerce at university.

Another candidate, Chen Pei-yan, did not have an easy pathway to success either.

At the age of four, she suffered second-degree burns at the wedding ceremony of one of her relatives.

She was left with scars on her chin, chest and neck, and she underwent several sessions of graft surgery. The injury dented her confidence and caused her to become pessimistic.

“In the past, I didn’t have much confidence in my appearance and was less willing to communicate with people,” said the 19-year-old from Buddhist Sum Heung Lam Memorial College in Tuen Mun. “Luckily, in Form Two, I met a Chinese teacher. It was she who inspired and encouraged me.” 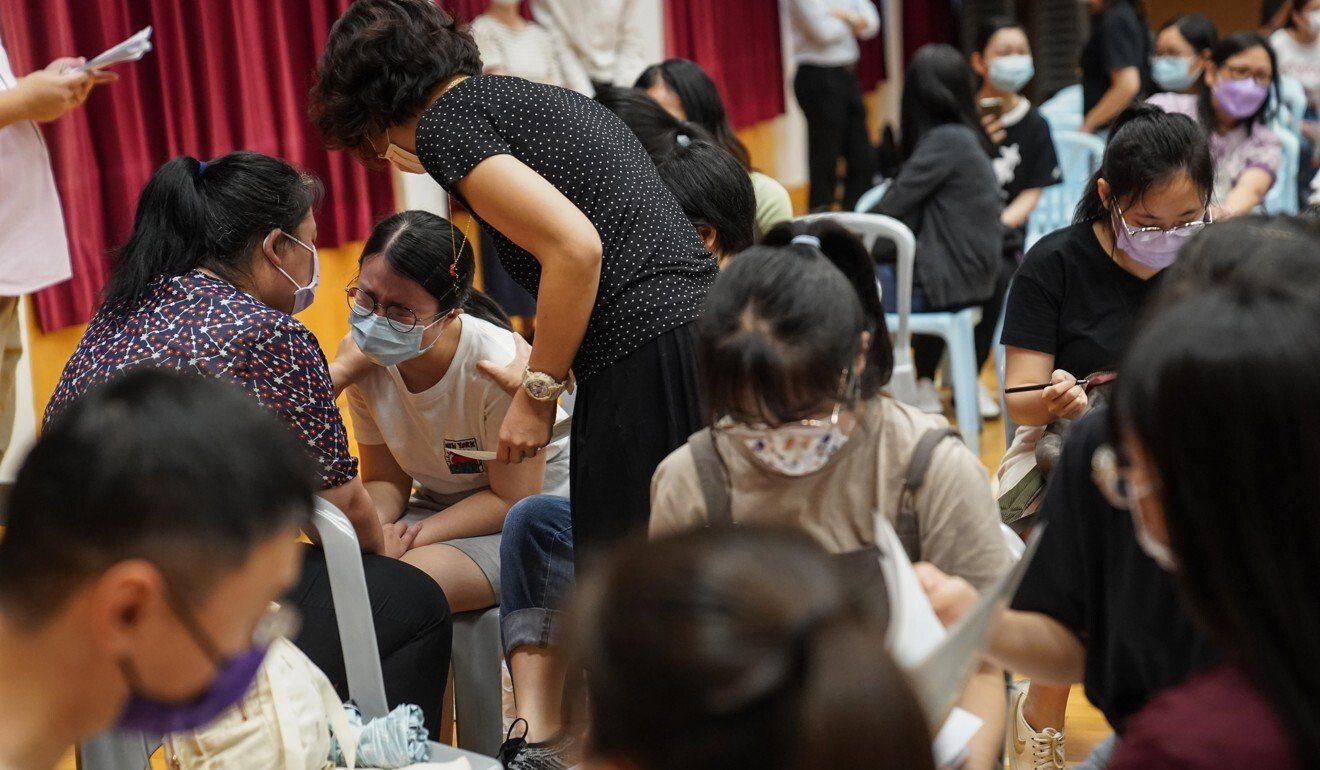 With her teacher’s encouragement, Chen managed to achieve 5* in both Chinese and visual art, gaining an overall score of 25 on her six subjects.

Her teacher’s efforts have made an impact on Chen, who hopes to study Chinese at Baptist University and become a secondary school teacher.

“I want to inspire [and help] more students, especially those who are puzzled about their futures, just like my teacher did for me,” she said.

For Sylvia Zhou Ya-lin, 19, who moved from Guangdong in mainland China to Hong Kong three years ago, it was determination that helped her overcome the hurdles affecting her studies. 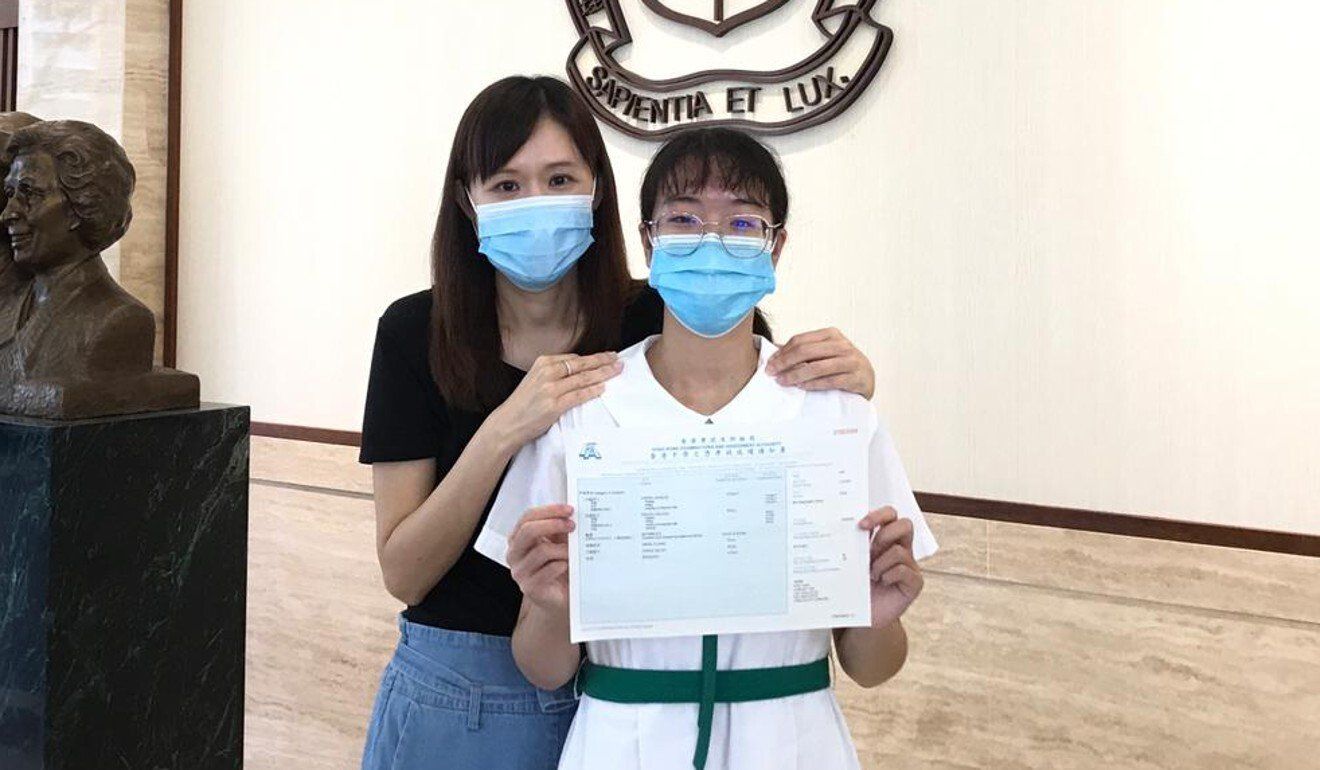 Sylvia Zhou is grateful for the guidance and help given by her teacher Chan Kit-chun.

She was rejected by a number of secondary schools due to her limited English proficiency. This left her depressed and she vowed to improve her command of the language.

Zhou was admitted to Mu Kuang English School and made good on her promise. She began to read English newspapers, memorise new vocabulary and watch American drama series to improve her listening skills.

Zhou eventually scored level 4 in English, which was better than she expected. She also achieved 5** in Chinese, and 5* in Mathematics and Geography.

She attributed her results to the guidance and help she received from her teachers.

“I really want to thank my teacher Chan Kit-chun, who helped me gain a 5** in Chinese,” said Zhou, who hopes to study the language at Chinese University of Hong Kong and become a teacher.