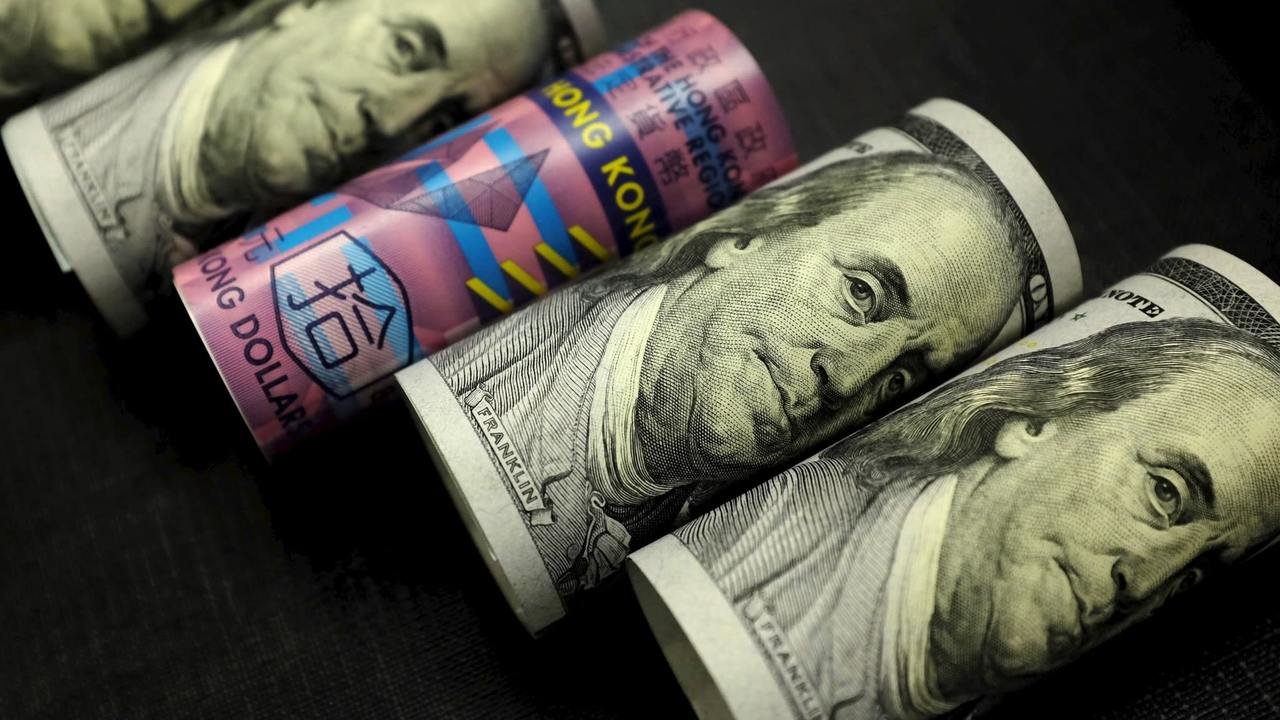 The Hong Kong dollar, which George Soros failed to break in 1998, is tempting hedge funds again. Will they succeed this time?

Hong Kong's currency peg to the U.S. dollar has long been touted as its secret weapon. China’s state media named George Soros as one speculator who had bet on a Hong Kong market crash due to the anti-government protests that have lasted 100 days, Crispin Odey has some advice for the traders ramping up wagers against Hong Kong’s currency: try something else.

Three months of anti-government protests have thrown Hong Kong into its deepest crisis in decades, pounding the financial hub’s economy and stock market and adding to its Sino-U.S. trade war woes.

George Soros tried and failed to break the Hong Kong dollar’s peg to the US currency during the Asian financial crisis in 1998, while Bill Ackman’s wager on a dramatic strengthening in 2011 also proved fruitless. That history looms large as a new crop of hedge funds takes aim at the Hong Kong dollar once again, lured in part by anti-government protests that have rocked the financial hub for 12 straight weeks.

Crispin Odey has some advice for the traders ramping up wagers against Hong Kong’s currency: try something else.

“There are lots of good bets around at the moment,” said Odey, whose penchant for bold trades has made his hedge fund one of the world’s most volatile in recent years. “Hong Kong dollar is not there.”

The 60-year-old Briton knows a thing or two about the currency, having bet against it for more than two years before finally giving up in mid-2018. He’s not alone: George Soros tried and failed to break the Hong Kong dollar’s peg to the US currency during the Asian financial crisis in 1998, while Bill Ackman’s wager on a dramatic strengthening in 2011 also proved fruitless.

That history looms large as a new crop of hedge funds takes aim at the Hong Kong dollar once again, lured in part by anti-government protests that have rocked the financial hub for 12 straight weeks.

Sceptics of that doomsday thesis say the former British colony has both the ability and willingness to defend the peg, which the Hong Kong Monetary Authority (HKMA) has called the “cornerstone” of the city’s financial system. One oft-cited statistic: HKMA controls a war chest of about US$448 billion
in foreign reserves, or more than twice Hong Kong’s monetary base.

“It’s a trade that surfaces every couple of years,” said Paul McNamara, a London-based money manager at GAM UK who helps oversee US$9.4 billion. “People who actually expect the peg to break don’t make money, and I doubt they will this time.”

Hong Kong has kept its currency in a tight trading band versus the US dollar since 1983. For most of that time, speculators have had little reason to question the peg’s viability. But they have engaged in periodic attacks over the years, most notably in 1998 as Soros and other hedge fund managers piled into bearish currency wagers across Asia.

While the latest bout of speculation has been less extreme, bearish traders are starting to make their presence felt.

The Hong Kong dollar has slumped toward the weak end of its HK$7.75 to HK$7.85 trading band this month, while the extra cost of bearish options over bullish contracts has swollen to its widest level in three years. Odds of the currency breaking the peg to touch HK$7.90 at some point over the next 12 months have surged in recent weeks, according to market-implied probabilities compiled by Bloomberg.

It’s easy to see why some traders are pessimistic. Hong Kong’s economy, squeezed by the protests and the US-China trade war, is on the cusp of recession.

Local share prices are sinking, the property market is softening and doubts about the city’s role as a global financial hub are growing. Many worry that China will send in the army to quash the unrest, a move that could trigger devastating US sanctions. Bass, whose Hong Kong Opportunities Fund gained 3.7 per cent this year through July, tweets often about the prospect of Chinese military intervention.

Bears are ultimately betting that capital outflows will increase to the point where HKMA is forced to burn through reserves to support the currency, driving up local interest rates to levels that undermine popular support for the peg, according to Roderick, a portfolio manager at Trium Capital who’s positioned for both a weaker Hong Kong dollar and higher local rates.

“We think there is tremendous capital outflow pressure,” said Smith, the Denver, Colorado-based founder of Crescat Capital, who manages about US$60 million and has been betting against the Hong Kong dollar for almost a year.

For now though, signs that the peg is poised to break are few and far between. Hong Kong’s foreign reserves rose to a record in July, while the city’s aggregate balance – a measure of financial system liquidity – has held steady in recent months at a level that suggests interest rates will remain contained.

The one-month Hong Kong dollar interbank rate, known as Hibor, has inched up but remains below 2 per cent, versus around 20 per cent in mid-1998. For all the concerns about capital outflows, Chinese investors have added to their holdings of Hong Kong stocks for 15 straight weeks.

Hong Kong dollar bears can still make some money if market stress builds in coming months, but the odds of a major windfall are low, said Ranodeb Roy, founder of Singapore-based hedge fund firm RV Capital Management, which oversees about US$700 million.