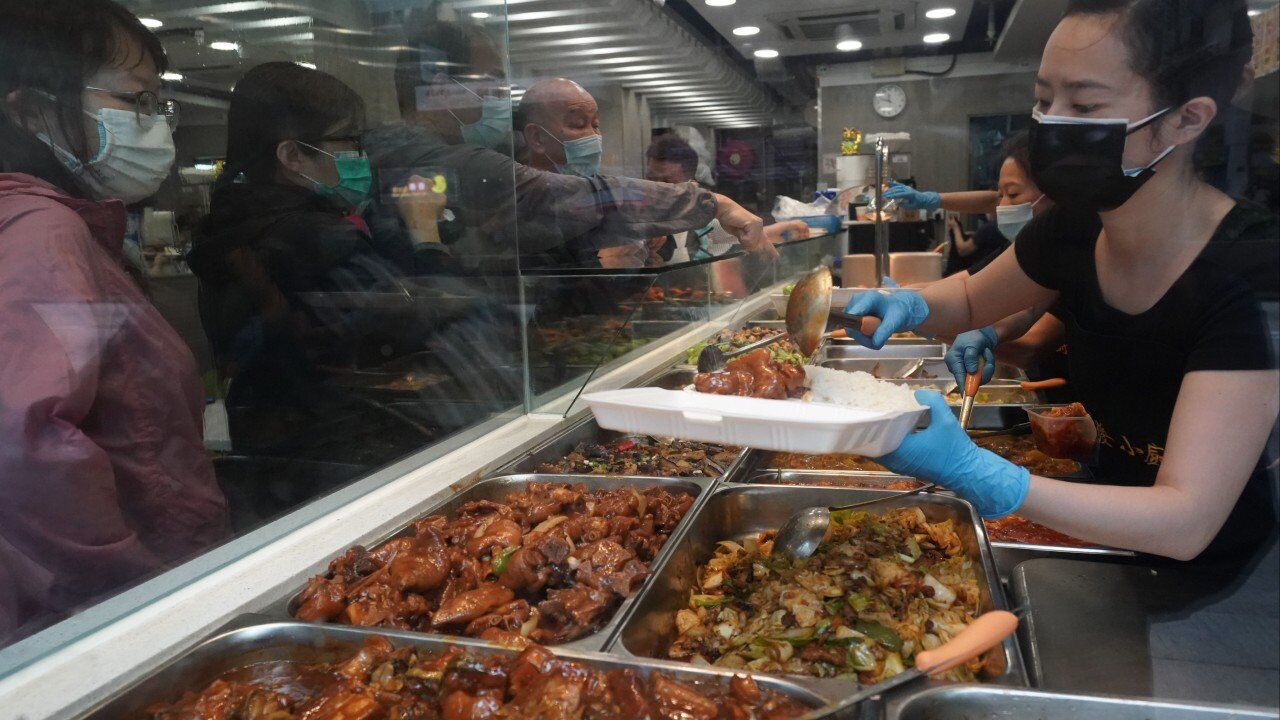 The latest Hong Kong food trend is the humble US$5 ‘two-dish-rice’ meal box. It’s more than just a cheap, filling meal – it’s the Hong Kong people’s way of sharing with the needy during tough times.

With over 50 Michelin-starred dining venues across the city, Hong Kong boasts some of the world’s best fine-dining experiences that range from the surprisingly affordable to ultra-exclusive and overpriced.

Thanks to Covid-19, the city has had to endure more than its fair share of draconian anti-pandemic restrictions such as an evening dine-in ban that has only just been lifted.

As a result of the reduced service hours coupled with sky-high rentals, many high-end restaurants have suffered losses. Some had to offer creative takeaway menus or set up home-catering services to keep their business afloat.

Even some popular local fast-food chains, the go-to eateries for the masses during times of economic downturn, have taken a big hit and seen their businesses plummet during the on-again-off-again dine-in bans.

This has all prompted the resurgence of Hong Kong’s “two-dish-rice” meal box staple, crafted by the city’s more modest eateries, which have taken the city by storm.

This uniquely Hong Kong dining model offers a HK$25-HK$40 (US$3-US$5) meal box that customarily contains a generous portion of rice with two Cantonese dishes of your choosing. Sometimes, for an extra HK$10, you can get three dishes – all of which are served hot in a styrofoam takeaway container.

There is even a Facebook group dedicated to this revived food trend. “The Hong Kong Rice with Two Dishes Concern Group” allows its 70,000 members to share their photos and experiences of this trending bargain dish, and members offer tips on how to acquire the best deals.

Group members have even created a map for finding the best two-dish-rice offers in town. In Sham Shui Po in Kowloon alone, there are more than 30 such restaurants.

Its founder, Andrew Wong, has been documenting the revival of this food trend since late 2020, a few months after a blanket evening dine-in ban was first introduced. 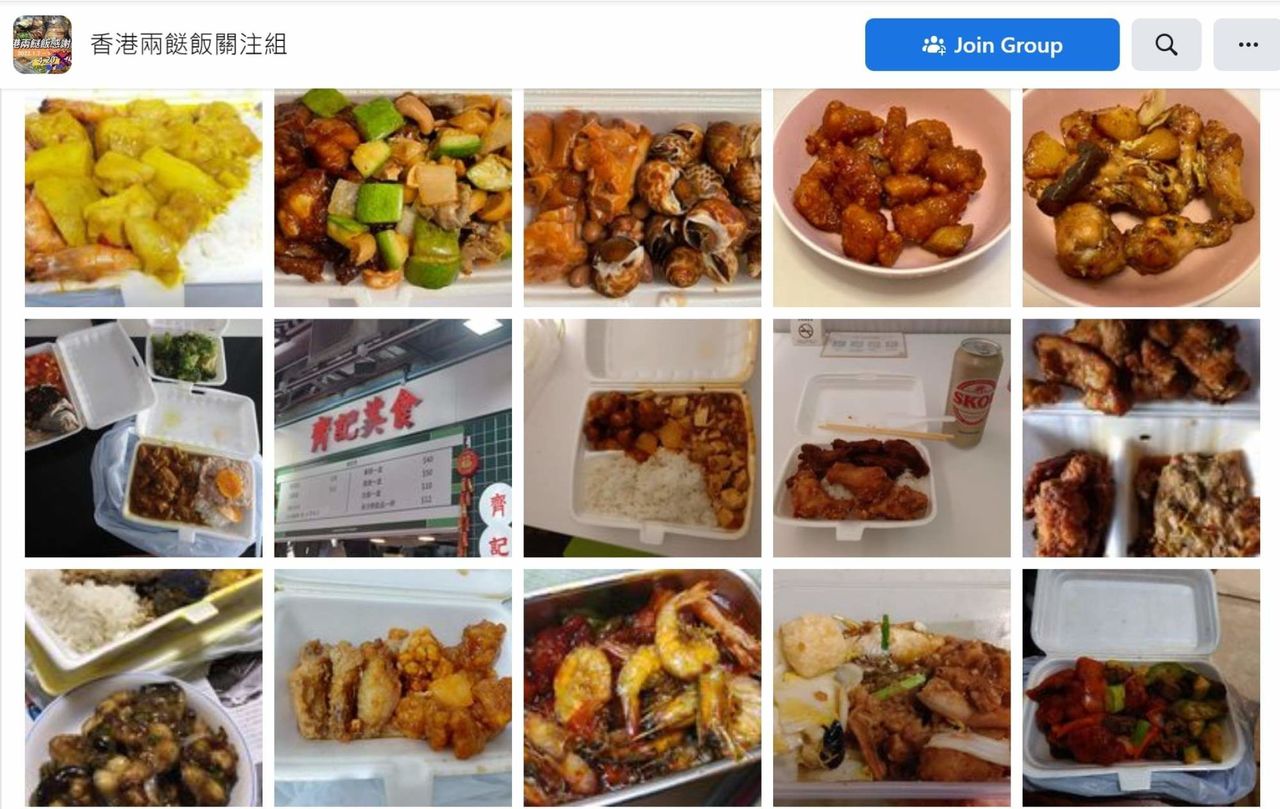 Pictures of meal boxes from The Hong Kong Rice with Two Dishes Concern Group on Facebook.

The Good Samaritan spirit has been in full swing, with some of these bargain-price eateries offering the occasional gourmet dish like lobsters, crabs and other seafood to spice up this essential Hong Kong dining experience.

Some owners have even been serving extra portions on request for the needy.

I have heard a story about a mother asking the server of a two-dish-rice restaurant if one such meal box could feed three people. Without hesitation, the staff member shouted out to the kitchen to use a bigger container and to pack as much food in as possible for the customer.

Food brings people closer together, especially during times of difficulty. These two-dish-rice boxes have rekindled the city’s Lion Rock “can-do” attitude and show the sheer force of community spirit.

During a typical Chinese home dinner, family members usually eat two dishes – sometimes more – as well as a bowl of soup. The dishes are different every day, which means even a simple family dinner can be varied and enjoyable. On special occasions such as birthdays, there may even be three dishes on the table.

In other words, the ethos of the two-dish-rice meal box is to replicate this heartening home-dining experience for those who seldom eat home-cooked food, either because they are too busy to cook or they are unable to afford it. 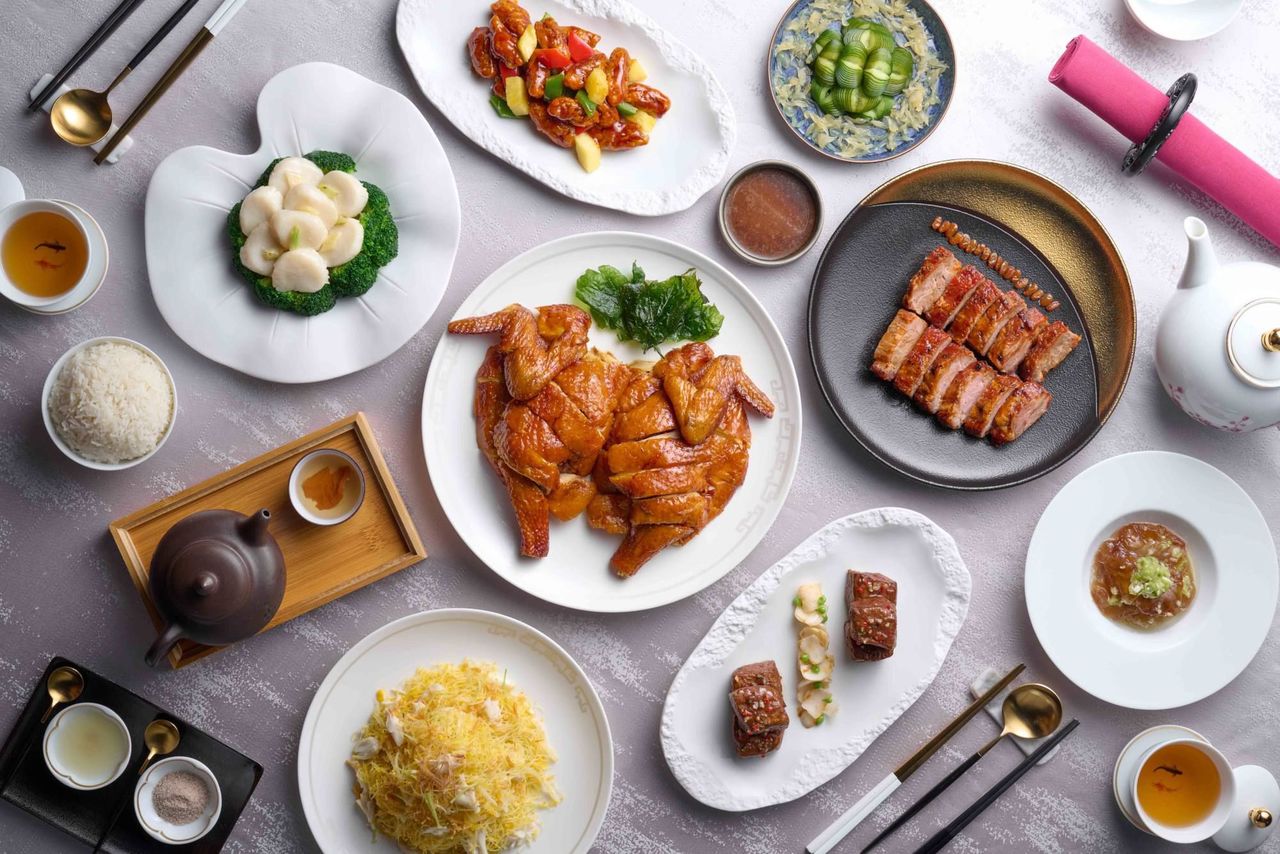 The Mandarin Oriental, Hong Kong’s takeaway delivery menu for its restaurant Man Wah. Many high-end restaurants have had to offer creative takeaway menus during the city’s fifth wave.

Two-dish-rice boxes have always been one of the top comfort foods in the city, but they are often viewed as a dining choice for working-class, blue-collar Hongkongers or thrifty students.

The numerous dine-in bans over the last two years, however, have made these simple dishes attractive to those who wouldn’t normally seek out this dining option. For example, some upmarket eateries have been offering more “lavish” versions of two-dish-rice box meals priced at HK$100 or more.

A two-dish-rice box is, at the heart of it, more than just a generous, moderately priced meal. It is the Hong Kong people’s way of sharing with the less fortunate and serving it with love and respect during tough times.

It also teaches us about the principle of paying it forward.

It may not be a gourmet way of eating, but it is certainly an economical one. It keeps people filled up with food and hope that warms their stomachs and hearts, and it gives those with limited financial resources a choice. 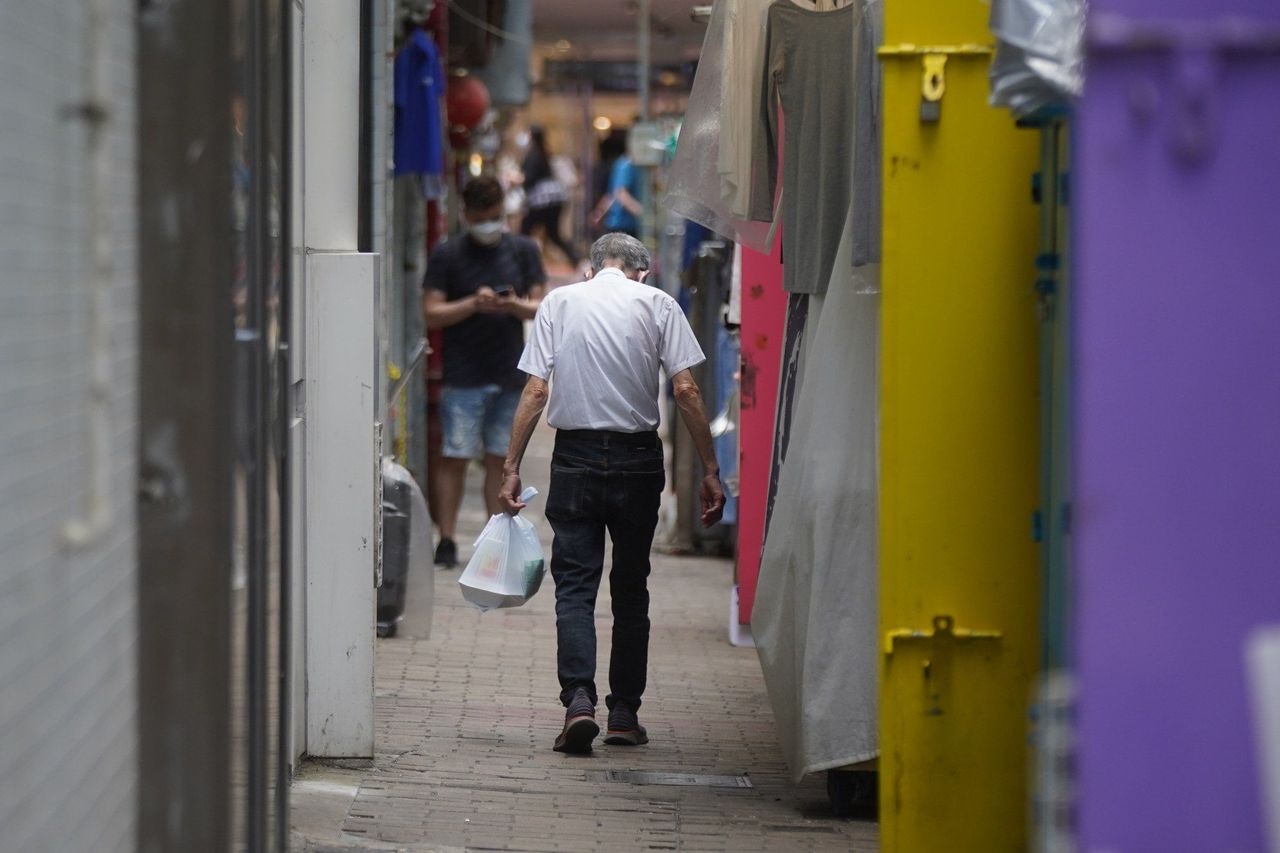 A two-dish-rice box is, at the heart of it, the Hong Kong people’s way of sharing with the less fortunate and serving it with love and respect during tough times.

With a meagre HK$25, you can build a hot, home-cooked meal that will fill your belly without emptying your bank account.

The extraordinary power of the two-dish-rice box cannot be underestimated. It has challenged the formerly traditional – and, at times, exclusionary – dining landscape in Hong Kong.

The city’s service industry has taken a serious hit over the course of the pandemic, and eating out in Hong Kong still faces an uncertain future.

Go and give this uniquely local meal a try so that you can have a taste of the admirable Hong Kong spirit – and then pay it forward to others in need.