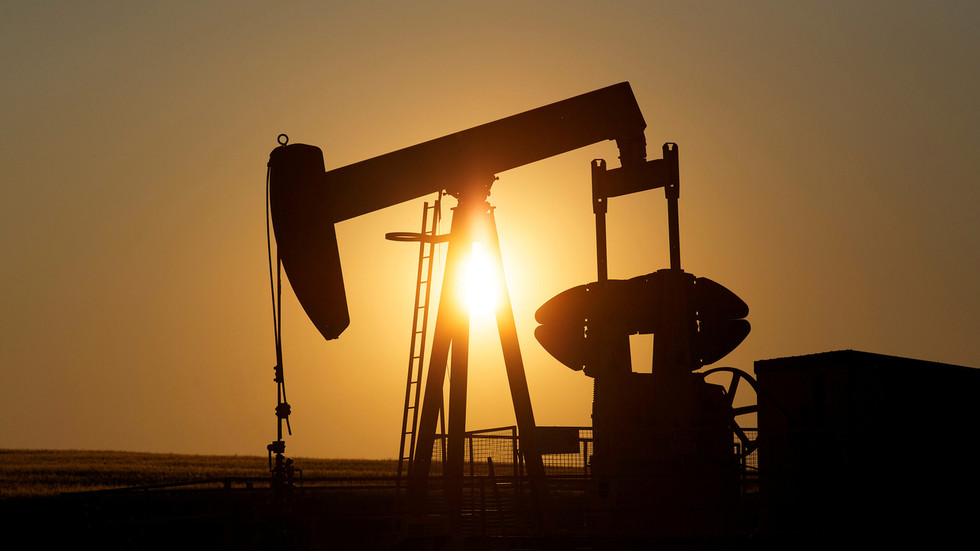 The energy crunch is adding billions to oil tycoons’ net worth

As the surge in oil prices continues amid increasing demand and a supply crunch, energy stocks have been soaring – and the world's oil tycoons are laughing all the way to the bank.

According to the Bloomberg Billionaires Index, energy billionaires globally have seen their combined net worth jump more than 20% in the first half of the year alone, the highest growth in wealth of any group of billionaires in the index compiled by Bloomberg.

Here's a rundown of how the world's richest energy billionaires have seen their fortunes multiply in this epic oil and gas bull market. The list only includes people who have primarily made their money in oil and gas and does not include clean energy investors.

With a net worth approaching $100 billion, Mukesh Ambani is the world's 11th richest man and the richest energy investor.

Last year, Reliance Industries overtook ExxonMobil (NYSE:XOM) to become the world's largest publicly traded energy company. However, an epic 56.4% YTD run by XOM has seen it reclaim its position as top dog with a market cap of $272.9 billion vs. $229.4 billion by Reliance. RIL shares have climbed at a less torrid pace of 27.7% over the timeframe.

RIL's energy business accounts for ~80% of the company's revenue. However, investors have chosen to focus on Chairman Mukesh Ambani's plan to grow the company's digital and retail arms. Reliance's big bet in non-energy businesses such as telecom, retail, and digital services has helped it to vastly expand its revenue base, clocking in a net profit of Rs 39,588 crore (about $5.3 billion) in FY19, making it by far India's most profitable company. For perspective, second-placed Indian Oil Corp. finished the year with a net profit of Rs 17,274 crore ($2.3 billion).

Leonid Mikhelson is the chief executive officer of Novatek, Russia's largest non-state-owned natural gas provider. The billionaire owns about one-quarter of the publicly traded company, which produces about 10% of the country's gas. He also holds a 36% stake in closely held petrochemical producer Sibur.

Harold Hamm is chairman of Continental Resources (NYSE:CLR), the biggest oil producer in the Bakken oil basin in North Dakota and Montana. The Oklahoma City-based publicly traded company has seen its shares climb a blistering 199.4% in the year-to-date hence the massive jump in Hamm's net worth.

As of December 31, 2020, CLR's proved reserves were 1,104 million barrels of crude oil equivalent (MMBoe) with proved developed reserves of 627 MMBoe. The company pumped more than 300,000 barrels of oil or the equivalent per day in 2020, with around two-thirds of that coming from its operations in the Bakken. CLR has a market cap of $17.6 billion.

Fedun is a vice president and board member of Lukoil Oil Company, one of the leading oil producers in Russia.

Fedun led the privatization of Lukoil and retains with his family about 12% of the company. According to Bloomberg, the oil billionaire has collected more than $1.5 billion in dividends from his stake in Lukoil.

Kinder served as chief executive officer from the company's founding in 1997 until 2015.

Kinder Morgan shares have been slipping after the company reported Q3 earnings that missed expectations while revenues rose 30% Y/Y to $3.8 billion. According to Credit Suisse, investors likely were positioning for a better than expected Q3 report given the strong macroeconomic backdrop, but "not all those tailwinds materialized."

Mizuho analysts say tension remains between wanting Kinder Morgan to get more aggressive with areas such as carbon capture, but the firm "continues to like KMI's leverage to the gas macro" as well as its "disciplined approach to not sacrificing returns as more capital is spent on the energy transition."

Readers will notice that China is conspicuous by its absence on this list, and for good reason: China's richest energy billionaires have actually made their money in clean energy and not oil and gas.

Zeng Yuqun, Huang Shilin, Pei Zhenhua, and Li Ping together are worth an astounding $62 billion, with the "green" portion of that wealth representing the lion's share, according to Bloomberg Green. These Chinese billionaires all own CATL, which is the global leader in EV battery manufacturing, supplying all the big players on the EV auto scene.

Three other Chinese billionaires--Wang Chuanfu, Lv Xiangyang, Xia Zuoquan--are majority owners of EV company BYD (along with Berkshire Hathaway) and are worth a combined $33.5 billion, about half of which is "green".

Right up there, too, is Eve Energy chairman Liu Jincheng with a net worth of nearly $11 billion thanks to a company that supplies major EV manufacturers, including Daimler, BMW, and Xpeng Inc. (NYSE:XPEV).

And let's not forget one of the year's most attractive EV stocks where investors made a ton playing the volatility--Tencent-backed Nio Ltd (NYSE:NIO), Chinese biggest EV manufacturer whose founder, Li Bin, has a net worth of over $9 billion--all "green".

Finally, the four majority owners of LONGi Green Energy Technology Co Ltd--Li Zhenguo, Li Chunan, Li Xiyan, and Zhong Baoshen--are worth a combined $16+ billion thanks to their company's status as the biggest manufacturer of monocrystalline silicon wafers in the world. And it's only getting bigger, with the recent completion of a duo floating PV plant in Ho Tam Bo in Vietnam.

But it's not all Chinese in the green billionaire space: There's always American-made Elon Musk, the Tesla CEO whose net worth topped $310 billion this year--a stunning figure that represents an over 80-percent increase in wealth just this year.