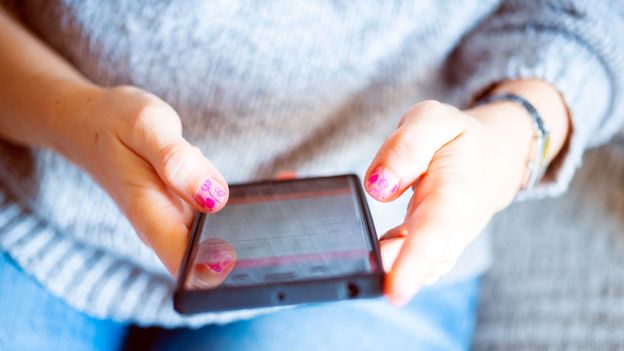 The darkest side of online dating

There are lots of perks to online dating – but it has a worrying dark side that can leave some shaken.

This piece is a text reversion of a Business Daily piece from BBC World Service, presented by Tamasin Ford and produced by Szu Ping Chan and Nisha Patel. Adapted by Meredith Turits.

Dating apps were popular before the pandemic, but forced isolation caused them to boom.

Tinder, the most downloaded dating app in the world, hit three billion swipes in a single day during March 2020 – and it's broken that record more than 100 times since then.

Although these apps have helped many people connect with other singles for years, some daters have raised alarm bells about the environment they breed. This is especially the case for women, who experience a disproportionate amount of harassment and abuse on the platforms, most often from straight men.

“The toughest elements for me involved being treated much like I was being used for free sex work,” says Shani Silver. “It doesn't feel good. It hurts.”

Silver, a New York City-based writer and host of dating podcast A Single Serving, used dating apps for a decade. “I was often asked for a sexual favour before someone said hello, before someone told me their actual name. Most of what was happening in that world for me was dismissal – a lot of dismissal, a lot of being made to feel like I was of lesser value.”

These messages proliferate across platforms, and do affect both men and women. But women appear to be disproportionally affected. Data from a 2020 Pew Research Center study confirms that many women are experiencing some form of harassment on dating sites and apps. Of woman online daters aged 18 to 34, 57% said they’d received sexually explicit messages or images they hadn’t asked for. This is even the case for teen girls aged 15 to 17, who report receiving these messages as well. A 2018 Australian study of dating-platform messages revealed that the sexist abuse and harassment does disproportionately affect women, targeted by straight men.

Some users also report psychological stress – and even more extreme experiences. A 2017 study from the Pew Research Center indicated 36% of online daters found their interactions “either extremely or very upsetting”. Woman daters 18 to 35 in the 2020 Pew study also reported high occurrences of threats of physical harm – 19% (as compared to 9% of men). And, generally, one study showed cisgender heterosexual and bisexual men seldom expressed concerns about their personal safety while using dating apps, while women had far higher concern.

Youth-culture writer Nancy Jo Sales was so rocked by her experience on these platforms that she wrote a memoir about it: Nothing Personal: My Secret Life in the Dating App Inferno.

“These things have become normalised so quickly – things that are not normal, and should never be normal, like the amount of abuse that happens, and the risk and the danger of it, not only physical but emotional,” she says, citing her experiences. She cautions that not everyone on dating apps is having negative experiences, but there are enough who are that “we need to talk about the harm coming to people”.

As this unnerving behaviour taints women’s experience on dating apps, why are interactions like these allowed to perpetuate? Part of the answer lies in the way these platforms are policed, both by the companies who make them as well as larger governmental structures. This means detrimental effects for their targeted users – and changing the situation may be an uphill battle.

There are some mechanisms in place to cut down on these problems.

Tinder, for instance, has introduced machine learning to detect abusive messages and language, and then ask the writer to reconsider the message before sending it. In 2020, Bumble introduced AI to blur specific images and require user consent to view them. Some platforms have also introduced user verification, in which the platform matches the photos uploaded to a profile with a user-provided selfie (wherein the user is photographed doing a highly specific action, so the platform can verify the authenticity of the image). The measure is meant to help prevent catfishing and abuse, since users can’t hide behind fake identities.

The effort is nice, and it’s “better than nothing – but I think we have a long way to go”, says Silver. Many users agree. “The only thing that we have at our disposal is a block button. And while it’s there and you can block people, what we don't take into account is that in order to block someone, you have to experience the negativity of that action before you can block them,” she says. 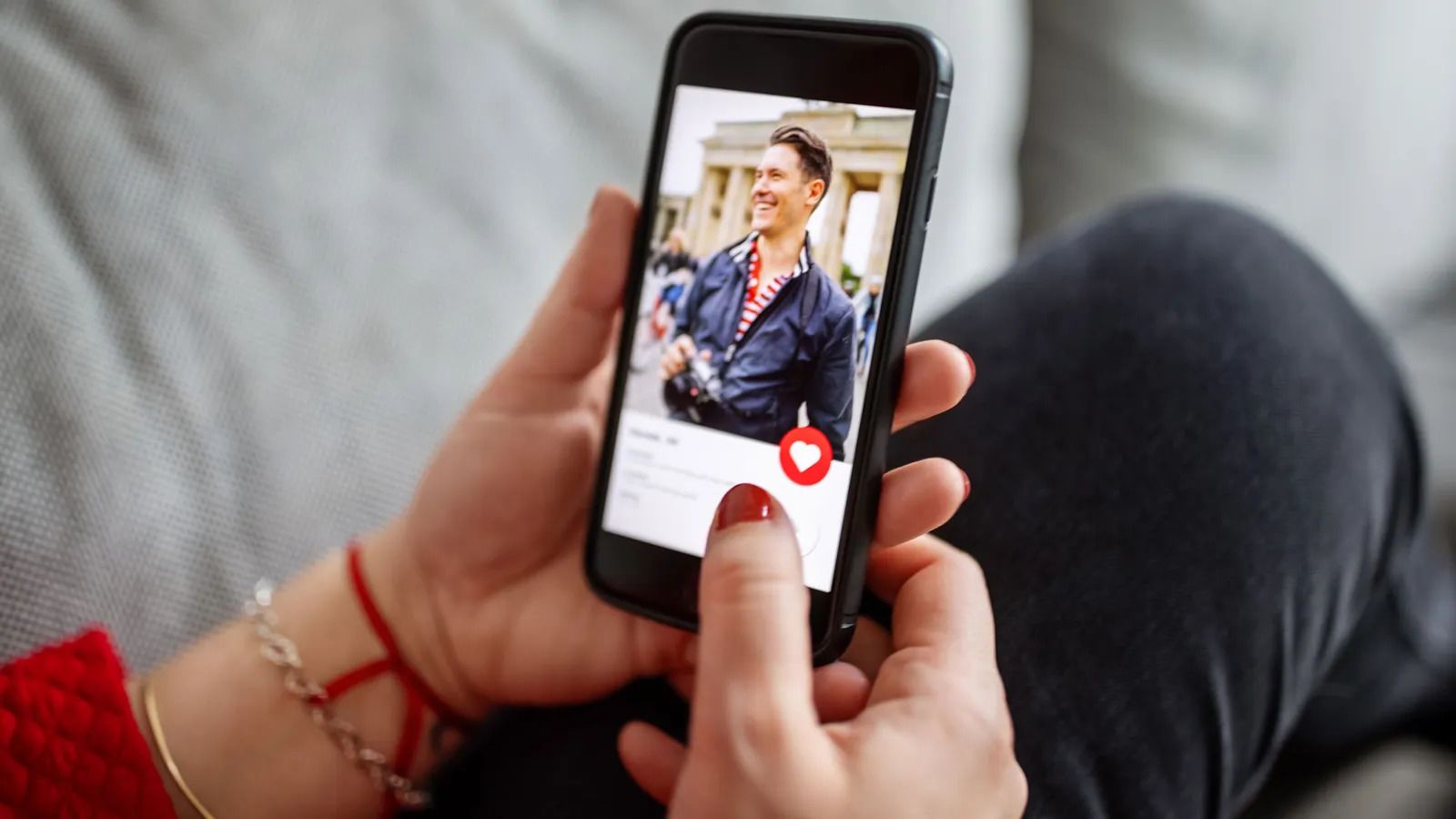 According to some reports, women receive a higher volume of harassing messages than men

One of the biggest user concerns is sexual violence that can occur when users meet up in person. Even though there is an uptick of female dating-app users taking precautions such as charging their phones, or informing family and friends of their plans, daters remain vulnerable to sexual violence.

In 2019, the Columbia School of Journalism in New York City and news site ProPublica found that the Match Group, which owns around 45 dating apps, only screens for sex offenders on its paid-for apps, not free platforms like Tinder, OKCupid and Hinge. Those findings prompted US lawmakers to investigate in May 2021, after which they introduced a bill that would require dating platforms to enforce their rules designed to prevent fraud and abuse.

But there's a loophole in American internet law, Section 230 of the Communications Decency Act, which dictates sites can't be held accountable for harm that comes to third parties through their platforms. That means that this multi-billion-dollar industry mostly isn’t held to task for abusive interactions, and it’s incumbent on the platforms to introduce measures such as the ones Tinder and Bumble have implemented. (BBC contacted six different online dating apps, but all declined to be interviewed for the piece.)

Section 230 is controversial – and there are many current calls to update or get rid of it altogether. Many argue the rule, which originated in the 1990s, is outdated as platforms and how people use them have substantially evolved.

For now, says Sales, “it’s like the Wild West”.

Can things get better?

Currently, users mostly aren’t protected beyond the screening measures each platform chooses to implement. Many, of course, are finding positive connections – and even lasting relationships. But, overall, daters are still using the platforms at their own risk, especially in countries without explicit protections.

Beyond legal progress and corporate moves toward safety, there are also cultural changes that can make a difference, and help protect women and other daters on these platforms, both on and offline. Men have to be informed about how their actions are affecting the users with whom they communicate: men dramatically underestimate the impact of their abuse. Ingrained notions about gender roles and an often misogynistic social attitude must be dissolved for larger progress to take place – which also means women need to stop accepting these kinds of interactions as the price of doing business, so to speak.

As for Silver, the abuse was enough. She quit the platforms, cold turkey, about two years ago. She hasn’t looked back.

“They had never given me anything good. So, why was I continuing to give them access to me, my life, my time, my money?” she says. “And when I asked myself that question, it really put things in perspective for me. That was the very first time that I had been able to delete them, and never even feel a small amount of desire to re-download.”

“It sounds dramatic,” she adds, “but it's like I gained my life back.”