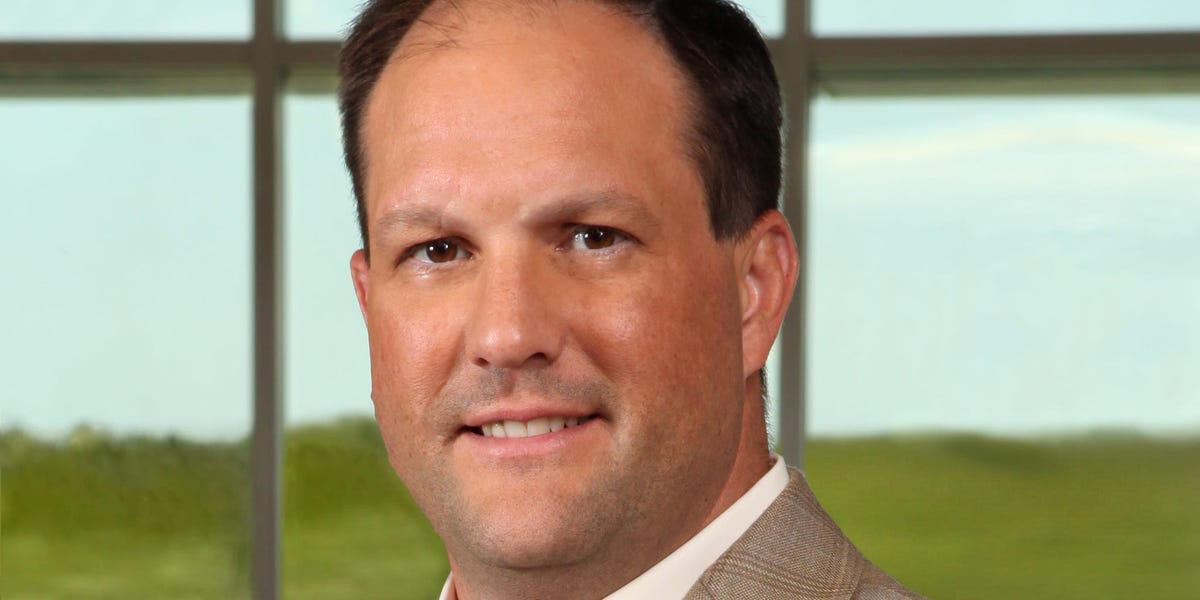 The CEO of a company you've probably never heard of earned $211 million in compensation last year - and the title of highest-paid chief executive, according to a new ranking

Paycom founder and CEO Chad Richison makes about $20 million a year, and will have to hit aggressive performance goals to get his bonus compensation.
Jeff Bezos may be the world's wealthiest man, but his $1.7 million pay package from Amazon was nowhere close to making the list of the highest compensated CEOs in 2020.

The top spot on the New York Times' list of industry titans, which includes the likes of GE,Netflix, and JPMorgan Chase, goes to a cloud-based HR management software provider based in Oklahoma City called Paycom.

CEO Chad Richison's compensation package topped out at $211 million in 2020.

Richison founded Paycom in 1998, pioneering the employee self-service approach to HR management, which paved the way for things like enrolling in benefits or checking your pay stub from your phone.

The company now serves 31,000 clients with roughly 5 million individual profiles, mostly among mid-sized businesses with up to 5,000 employees.

As it turns out, Richison won't see the vast majority of this year's compensation package for several more years, as the stock-based award is part of a long-term incentive plan detailed in the the company's 2021 proxy statement.

In fact, Richison's actual pay for 2020 will come out more in the range of $20 million if Paycom's share price doesn't hit certain targets.

That's still a pretty high number, but a look at the company's recent performance would suggest Richison is doing a good job as CEO. The company's stock has outperformed S&P's index of software companies by a shattering margin, with 26% annual returns since 2017.

Paycom seems to buck the narrative of wealthy CEOs being rewarded despite business being battered by the pandemic, with several awards for management and worker satisfaction, including one from Glassdoor for leadership during the COVID-19 crisis.

With this compensation package, the board is showing it wants Richison to keep it up.

In order for Richison to receive the full long-term incentive worth about $175 million, Paycom's stock would have to climb from its current $400 value to $1,000 over the next six years and $1,750 over the next ten.

Richison's award structure "requires significant value creation for them before he can realize any value from the grant," Jason Clark, chair of Paycom's compensation committee, said in a statement to Insider.

"This grant further aligns our CEO's total compensation with the Company's sustained growth over the next decade and provides a strong incentive to continue building the Company's value," he added.

Richison will not be eligible for further equity grants until 2026.
#COVID-19  #Covid
Add Comment