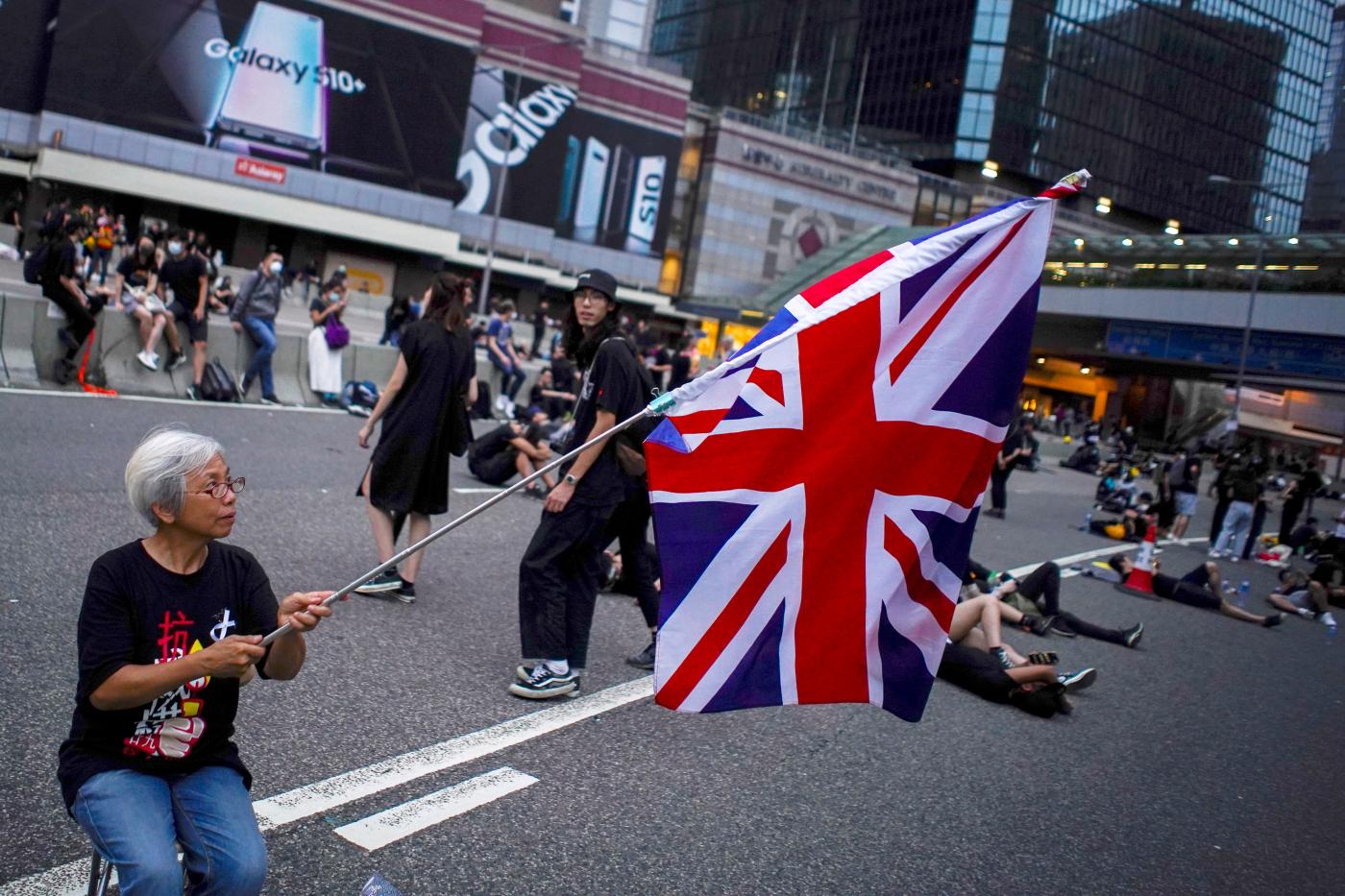 The elderly Alexandra Wong was a fixture of Hong Kong's protests last summer, but hasn't been seen in months.

The 63-year-old Hong Kong protester known to many as “Grandma Wong” is reportedly facing criminal charges in the mainland Chinese city of Shenzhen, according to Hong Kong outlet Stand News (link in Chinese).

Alexandra Wong, 63—known to many as Wong Po Po, or grandma Wong—has been here since 6pm last night. Hasn't slept a wink.

"Simply put, we don't trust the Communist Party. There's nothing you can trust about them...it's all a lie," she said. pic.twitter.com/IFV2icALbf

Alexandra Wong was often seen at protests over the summer, always waving her Union Jack and regularly staying long hours on the streets. She previously told Quartz that she was born and raised in Hong Kong but usually lives in Shenzhen, and regularly crosses the border to take part in the city’s protests. However, she has not been seen in Hong Kong since Aug. 11, when was seen on the ground surrounded by riot police at a metro station that had just been stormed by officers. Since then, protesters have expressed concern online over her safety and a crowdfunding campaign was launched to finance a search for her.

Grandma Wong, a regular at protests, is sat on the floor of an entrance to Tai Koo MTR station, where at least half a dozen protesters have been arrested by police. It is unclear whether she has also been arrested. https://t.co/kmLJLFCnSX pic.twitter.com/82EKi0lrmE

Grandpa Chan is also a member of Protect the Children & is 73-years-old. He participated in a hunger strike at the beginning of the movement which lasted around 21 days. He was pepper sprayed at point-blank range in September 2019 & required medical assistance. pic.twitter.com/2APvI3eyCy

This week, Stand News reported that it had received an email dated Jan. 9 believed to be from with updates on her current whereabouts. She wrote that she had been detained by mainland Chinese authorities in mid-August and charged with “picking quarrels and provoking troubles,” a crime with no clear legal definition that is nonetheless often used in China against anyone from feminist activists to lawyers, artists, and writers. Her email suggests that she spent a month in a detention center in Shenzhen, and later received several days of “patriotic education.”

A portion of her email is written in English. “Have been released from the small cage. Now!!! Be inside the big cage!!! The sky is so grey. I cry everyday, have been prohibited to have Known and My-say,” it reads in part.

Stand News said that it has not been able to independently confirm whether Wong has regained her freedom. In September, pro-democracy lawmaker Eddie Chu said he had been informed by Hong Kong’s Security Bureau that Wong was “safe” (link in Chinese).