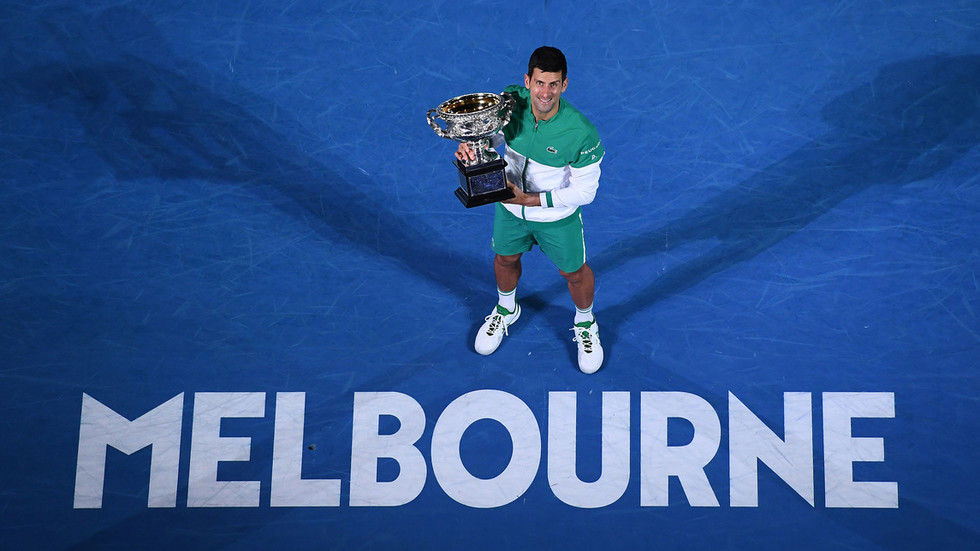 Novak Djokovic has received a medical exemption to play at the season-opening Grand Slam in Melbourne, triggering a backlash

World number one Novak Djokovic has revealed that he will defend his Australian Open title after being granted a medical exemption by the authorities, but the news has arguably raised as many questions as it has answered.

1. Why was Djokovic granted a medical exemption for the Australian Open?

In short, we may never know the answer to this question because the process for granting exemptions is confidential.

Djokovic and tennis officials will surely be questioned on the subject, but as things stand they have the right to remain silent.

The full process for granting exemptions was explained as follows: “The Covid-19 vaccination protocols for the Australian Open, including the process for players seeking medical exemptions, have been finalized by the Victorian Department of Health and Tennis Australia.

“Under an independent process, applications for a medical exemption were first reviewed by an expert panel made up of doctors from the fields of immunology, infectious disease and general practice.

“Applications that met the national guidelines set by the Australian Technical Advisory Group on Immunisation (ATAGI) were then subjected to a second review conducted by a Government-appointed panel of medical experts, the Independent Medical Exemption Review Panel.

“The applications were reviewed and approved only in line with ATAGI guidelines.

“The process included the redaction of personal information to ensure privacy for all applicants.”

2. What are Djokovic’s views on Covid vaccination?

Djokovic has firmly pushed freedom of choice regarding vaccination.

"It doesn't really matter whether it's vaccination or anything else in life. You should have the freedom to choose, to decide what you want to do. In this particular case, what you want to put in your body," Djokovic has said previously.

He told a group of fellow Serbian players last year: "Personally, I am opposed to vaccination, and I wouldn’t want to be forced by someone to take a vaccine in order to be able to travel."

When later defending those comments, Djokovic said: "I am no expert, but I do want to have an option to choose what’s best for my body. I am keeping an open mind, and I’ll continue to research on this topic."

Djokovic is well known for his alternative views on therapy and treatments, and admitted to crying and suffering guilt when undergoing elbow surgery in 2018, saying he felt like he had "failed" himself.

3. What is the reaction to Djokovic’s exemption for Melbourne?

The news has not gone down well with many Down Under, where everyday citizens have been living under some of the world's strictest Covid protocols for almost two years.

"Australians have been denied for two years, but this bloke – who’s taken extraordinary liberties in the face of the coronavirus – gets his exemption. Novak Djokovic is an all-time great, but he ain’t essential," read a tweet from journalist Andy Maher which summed up much of the mood.

Opinion pieces across the internet worldwide have already attempted to paint Djokovic as a villain with a superiority complex. In the eyes of some, the situation has stained the legacy of a man who is among the greatest ever to play the sport.

4. Have other players been granted exemptions for the Australian Open?

Australian Open director Craig Tiley recently explained that some other still-unnamed players have been granted exemptions.

"We know of athletes that have applied for an exemption and in cases, it’s been granted," Tiley said."[Some of them] have indicated that they’re here [in Australia], but that’s up to the athlete, to disclose and [decide] whether they want to share that information."

By contrast, Russia's Natalia Vikhlyantseva revealed last month that she cannot take part in the tournament as the Sputnik V jab is not recognized in Australia despite being approved in over 70 countries.

5. What have other tennis stars said about Djokovic?

Speaking from the ongoing ATP Cup in Sydney, British doubles star Jamie Murray claimed: "I think if it was me that wasn't vaccinated I wouldn't be getting an exemption," suggesting that Djokovic had supposedly received star treatment.

Before Tuesday's news, Australian women's world number one Ashleigh Barty said the topic was a "tricky one" for her "because it’s not my decision".

"We put trust in those people who are making those decisions," she continued.

"They have the correct information. That’s what it is – that’s all it is. There’s nothing else to it."

Additionally, though, Barty confessed she would have no problem playing against unvaccinated players with their medical history the least of her concerns on court.

6. How successful is Djokovic at the Australian Open?

Incredibly. Over a 13-year period from 2008 to 2021, Djokovic has won the Australian Open title nine times, making him the most successful men's star ever at the tournament.

Djokovic currently equals Roger Federer and Rafael Nadal on 20 Grand Slam titles overall. But with another win in Melbourne, the 34-year-old can surpass his Swiss and Spanish rivals as the most successful tennis player of all time, while also setting up another crack at becoming the first man since Australian Rod Laver to complete a Grand Slam calendar year.