BTS, Twice, Seventeen, NCT, Aespa and many others have given us plenty of K-pop earworms and optimistic sounds this year. Here are our top 20 favourites.

In 2021, K-pop was all over the place musically, much like every other element of the world in the second year of the Covid-19 pandemic. Reliable acts put out music that didn’t necessarily match their typical standards of excellent musicality or put out less music than usual, and many shifted their focus to English-language music. Meanwhile, newer acts strode onto the stage with surprisingly addictive releases that became among the most memorable of the year.

Despite, or because of, the changing of the K-pop guard, 2021’s K-pop soundtrack was undeniably eclectic and full of anticipation for what’s to come in the years to come.

Here are the 20 must-know singles of the year that one writer thinks we’ll all be listening to for years to come. 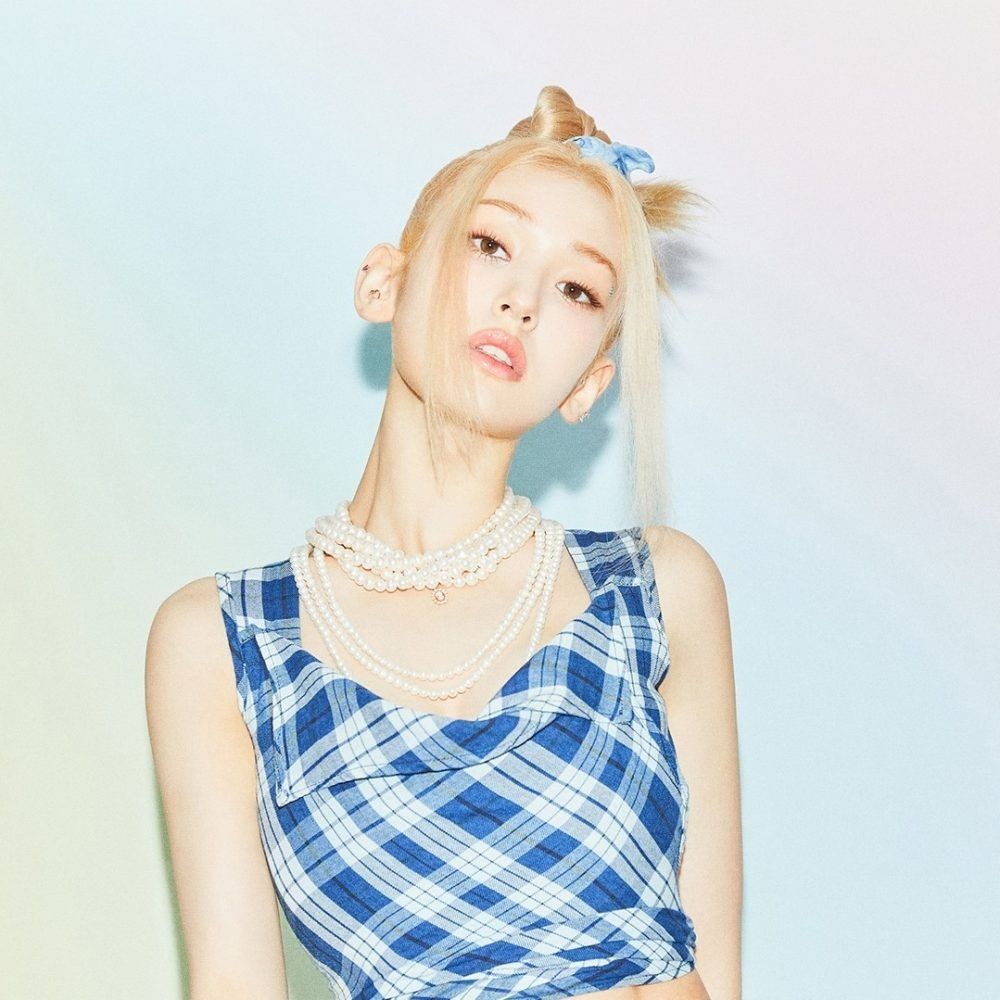 Maybe it’s just recency bias, but IVE’s December 1 debut Eleven has pinned this rookie girl group in the spotlight with an intensely addictive dance track fuelled by rhythmic percussion, dynamic vocals and catchy hooks. On a scale from one to 10, you can’t help but admit this song is an Eleven.

The powerhouse vocalist of Blackpink, Rosé’s first solo song blends her more relaxed, acoustic sensibilities with inspirational electronica, creating a track that is as uplifting as it is easy to dance along to. She may be contemplating how everything she needs is on the ground, but Rosé’s potential as a singer is sky high.

Always one for pop perfect theatrics, Taemin’s final single before taking a break to fulfil his military service is grandiose in its drama as he shirks off the idea of others offering Advice. Haunting piano notes, frenetic claps and distorted vocals create a sense of slinking otherworldliness, bound together by the passion Taemin brings to all of his work.

17. Seventeen Rock with You

Members of Seventeen have never shied away from remaking their style as they’ve matured since their beginnings with the cutesy Adore U in 2015. With Rock with You, the group picked up on the rising trend of pop-rock in 2021, and ran with it with all their might and passion, creating a foot-tapping, freewheeling pop-rock song that is as exhilarating as it is sweet.

The Exo vocalist is at his smoothest and most sensuous on this string-laden R&B tune, which is perfect for a date night at home when the weather keeps you inside. Bambi, named for the Korean term for nighttime rain rather than the Disney deer, shows off Baekhyun’s talents with vocal runs. Each line is delivered with a slightly different inflection as his blanket-cosy voice wraps the song in his distinctive tone.

In recent years, hit-making girl group Twice have moved away from their colourful bubblegum pop style, but this year has seen a return with The Feels. An English-language love song, an explosive bassline backs the band singing their sugary sweet overture about how they’ve got The Feels.

There is something absolutely decadent about Cherry Bullet’s Love So Sweet, with the way it leans so heavily into the retro synth-pop trend of recent years and runs with it to create something that ignites the soul with its rambunctiously saccharine sentimentality. It’s fun, it’s energetic, and it’s oh so sweet that you’ll have a craving for it again and again.

In a year that felt more or less like a repeat of the previous one, NCT Dream’s Hello Future provided a look towards the times ahead that are bright and exciting, as it literally urges listeners to get rid of cynicism and aim for peace. Fittingly, everything about the song from start to finish is full of big, bright dreams, poptimism and imagining the absurd, as they say, with its rhythm spinning in and out between elements like a playful, staccato raps and catchy chorus that is built on the septet’s harmonious vocals.

(G) I-dle’s Yuqi’s smooth voice has always been integral in the group’s songs, but when she released her two-song single album A Page in May, her charismatic performance style took centre stage. Yuqi breathes new life into the tale of Bonnie and Clyde in this trance-infused English-language dance track that will have you singing along to the explosive chorus before the end of your first listen, which will undoubtedly turn you into a ride or die fan of this song.

Enhypen is all about a bit of boyishness mixed with intensity, and Drunk-Dazed is an intoxicating carnival of a festive song. It’s fuelled by a gritty, propulsive rock melody and chanting na-na-nas, with a chorus of frenzied, wailing synths. The song goes so hard that when it suddenly pauses and restarts, it comes as a bit of a shock to the system, before picking up again and moving faster and forward, much like Enhypen’s career.

A popular vampire myth is that the supernatural beings can hypnotise humans, and NCT 127’s Favorite does just that. The song’s subtle whistles and rather spartan raps over sirens and marching band-meets-trap beats lead into the pleasing crooning of the chorus in a way that may seem a bit like a relaxed step back for NCT 127 after this year’s earlier Sticker. But Favorite finds a way of blending NCT 127’s chaotic brand of “noise music”, that they thrive with on their singles, with their harmonious, romantic vocals.

Everything about IU says ultimate “celebrity”: South Korea’s ultimate pop princess of the era, she is a hit singer and a popular actor, an icon and an inspiration. Her January release turns that title on listeners with Celebrity, which cheers on those (or maybe herself) with dark clouds hanging over them and celebrates the uniqueness of every individual human. Feel-good pop at its best, the song is more or less straightforward in its marching-band-style peppiness and airy melody, but sudden dance breaks enhance it, emphasising the celebratory nature of Celebrity.

If you walked into a room full of small children playing miniature instruments, that would give an idea of the type of hyperactive bells-and-whistles bounciness Weeekly served up on their intensely addictive After School. Exuberant synths and brassy drums of the melody blend with the girl group’s alternating dulcet and quirky delivery of the perky song, which feels exactly like an afternoon of fun spent with friends After School.

Like the food it’s named after, BTS’ Butter is addictive and something you turn to whenever you want something delicious to comfort yourself with. In a year like 2021, comfort food in the form of a smooth, timeless pop song is exactly what the world needed. Exuberant and bright, BTS’ earworm warms up your heart and runs through your brain all day and night with its funkiness and exhilarating verses, soaring with excitement, making it one of this year’s biggest songs around the world.

It is Unnatural how few people have paid attention to what is one of the most exhilarating atmospheric club-ready dance songs of the year. With a pounding house beat driving the track and some verses sung in high pitches that sometimes seem a bit off-kilter or unnatural on first listen, but then become the heart of the song, Unnatural is driven to a propulsive chorus that exhilarates more with each moment. Sometimes, you need a song that makes you want to dance like it’s all you have to do today, and Unnatural is just that.

5. Key Hate That … with Taeyeon

SHINee’s Key teaming up with bestie, Girls’ Generation member, Taeyeon for laid-back pop duet Hate That … was a recipe for perfection, and it was perfectly cooked, filled with beautiful, atmospheric melodies that create almost a meditative sense with their chill pop nature. Hate That … is built around raw lyrics full of yearning and bitterness towards someone who has found happiness far away, full of schadenfreude, and beautiful for it.

If you could put a teenage romcom’s entire essence into a single song, that’d be Somi’s Dumb Dumb. Like the idea of a cookie-cutter romcom, on first listen, the song may sound generic. But put it on for a second time, and Somi’s alluring charisma draws you in, and has you dancing and singing along to what ultimately proves to be a classic. A splash of sleek groovy fun, a dash of bubbly coming of age sing-song-ness, and a catchy whistling hook of a fiery chorus makes Dumb Dumb one of the biggest Korean earworms this year.

3. Tomorrow X Together 0X1=Lovesong (I Know I Love You) feat. Seori

When you take a group whose songs always hit the right spot and match them with a singer whose music never disappoints, you get a match made in heaven. That’s what Tomorrow X Together and Seori have served up on this teenage angst pop-rock anthem, which at times feels like it came from a decade past, but feels very of the moment in its approach. You may be lovesick, but you’ll never be sick of this Lovesong.

Fresh off the heels of their early and excellent superhit ASAP, StayC managed to push further with their “break the stereotype” flirty love song. Stereotype is full of tantalising verses that lay forth the varied tones of the girl group’s six members, bolstered by a roller coaster of synth and flute sound effects that tease the ear with their twists and turns, increasing and halting momentum every few moments. They may be singing about being good girls, but Stereotype itself is undeniably a great.

When Aespa debuted last year as a quasi-virtual reality group with a fictional storyline, there was a sense that they’d become the next big thing if only they could get that one hit. Somehow, a song from the Fast and the Furious series soundtrack remade and expanded on has done just that. It feels like you almost shouldn’t have the most addictive hit of 2021 on your hands when you rework something known for car chases, but that’s exactly what Aespa and their team at SM Entertainment ended up with. Next Level feels like a whole sci-fi action movie soundtrack wrapped up in dramatic hip-hop, chanting EDM earworms, and power belting from vocalists spliced with sharp raps, and then an entire foray into jazz thrown in for good luck.

Even writing about it right now, it feels like Aespa’s Next Level makes zero sense on paper as a smash hit of the year. But the best art pushes the boundaries of what has come before it, engaging and hitting the mark in all the right ways. The more you listen, the more fun and addicting Next Level becomes as it reaches new heights.