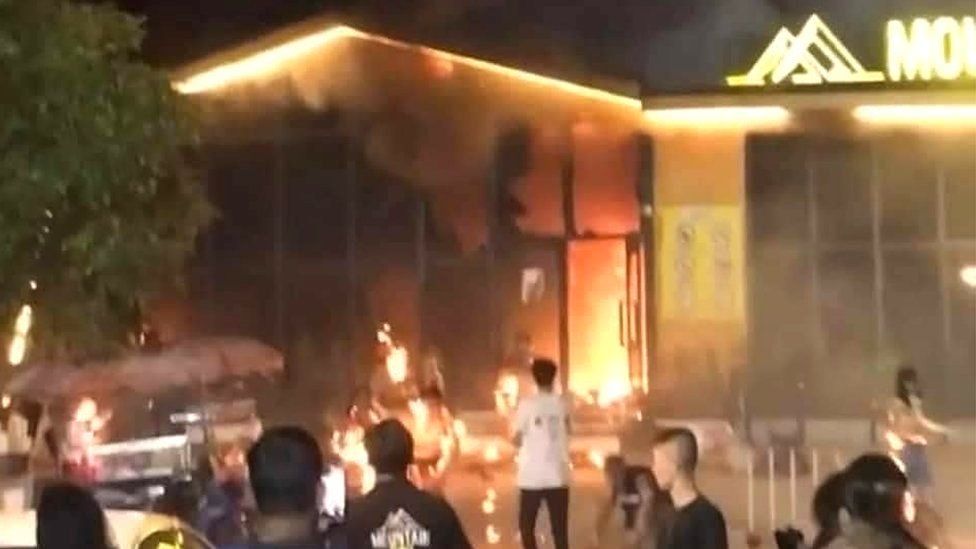 At least 14 people were killed and around 40 others injured after a fire swept through a nightclub in Chonburi province in south-eastern Thailand.

The fire broke out at 01:00 local time on Friday (18:00 GMT Thursday) at the Mountain B nightspot in Sattahip district, police said.

Footage shows people screaming as they flee, some with clothes on fire.

The cause of the fire is not clear, with rescuers saying flammable material on the walls may have exacerbated it.

Firefighters battled for more than two hours to bring the fire under control, local media reported. The blaze apparently broke out during a live music performance at the venue, according to the mother of one of the music performers who died in the incident.

So far, all those who died are believed to be Thai nationals.

Officials from the Sawang Rojanathammasathan Rescue Foundation said flammable acoustic foam on the club's walls might have accelerated the speed at which the fire tore through the venue. 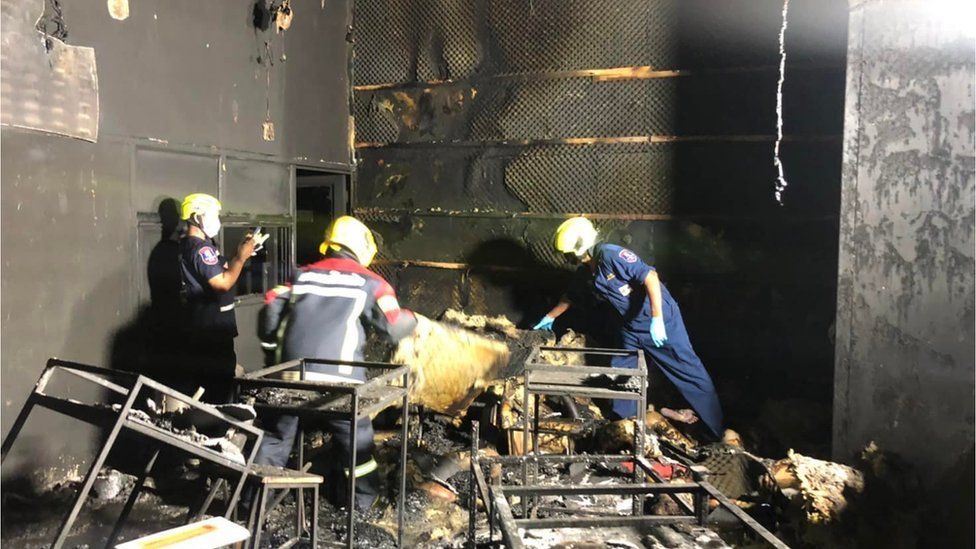 Thai Prime Minister Prayuth Chan-ocha on Friday ordered an investigation into the fire, and said that families of the victims would receive aid from authorities. He also urged entertainment venues nationwide to ensure they had proper emergency exits and safety measures in place.

Officials said the venue had been turned from a restaurant into a nightclub and was likely operating without permission.

This is not the first time a deadly fire has broken out in a Thai nightclub.

In 2009, more than 60 people died in Bangkok after a fire spread at the Santika Club in the early hours of New Year's Day. Two men, including the owner of the club, were jailed in 2011.

And a fire at a nightclub in the popular Thai tourist destination of Phuket in 2012 killed four people and injured about a dozen others.