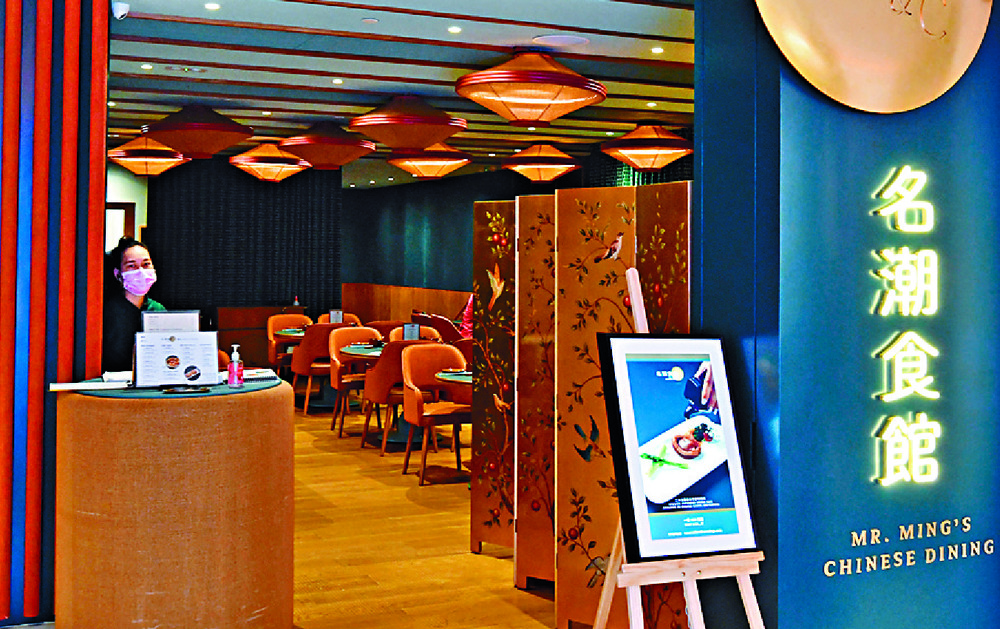 Those who have visited Mr Ming's Chinese Dining at Tsim Sha Tsui's K11 Musea since last Thursday have been ordered to take a Covid-19 test after six customers who had lunch there in four separate groups were infected.
One of them was among the 17 cases reported by the Centre for Health Protection yesterday, which comprised one imported case and 16 local cases, including six from unknown sources.

Chuang Shuk-kwan, the head of the center's communicable disease branch, said the customer diagnosed yesterday and was linked to a previously diagnosed case who lunched at Mr Ming's last Thursday.

Five other customers who had lunch there last Friday also tested preliminarily positive.

One of the preliminarily positive cases is a staffer from the Hospital Authority's information technology block in Kowloon Hospital who lives in block 1 of The Orchards in Quarry Bay. He dined with three colleagues who were sent to quarantine yesterday.

The authority said the staffer did not have to work with patients and that he tested preliminarily positive on Tuesday after developing symptoms on Monday night.

The second preliminarily positive customer is a retiree living in block 7 of Island Harbourview in Tai Kok Tsui.

The remaining three work at Tsim Sha Tsui Centre, with one of them living in Banyan Garden in Lai Chi Kok.

Chuang said the virus was likely brought to the restaurant by a worker or customer, then spread to other diners.

Authorities have therefore ordered all customers from last Thursday and staffers to get tested to find possible silent carriers.

"The eatery has to close for 14 days for disinfection," she said.

Asked whether staffers at the restaurant have received their fortnightly tests as required by the government for extending dining-in hours until 10pm, Chuang said officers are investigating the matter and have yet to gather details on the 18 eatery workers.

"They could have tested negative if they were still in the incubation period," she said.

Chuang said authorities have sent notifications on the LeaveHomeSafe contact tracing app to alert customers who had been to the restaurant on the two days reminding them to get tested, adding that the restaurant is advised to also send reminders to customers who left their contact information through other means.

The unknown source cases yesterday included a security guard in a To Kwa Wan warehouse, a salesman at a Prince Edward flower shop, a baker at Royal Plaza Hotel's cake shop in Mong Kok, a driver who transports diners from Seafood Island restaurant in Clear Water Bay to Hang Hau MTR station, a male clerk at the Registration and Electoral Office and a clerk living in Shau Kei Wan.

The SAR's tally stood at 10,914, including 198 deaths, as of yesterday. More than 10 cases are awaiting confirmation, and they include a student from Yu Chun Keung Memorial College in Ho Man Tin who went to school on Tuesday.

He kept his mask on and no students have to be quarantined, but the school will be closed for 14 days.
#COVID-19  #Covid
Add Comment