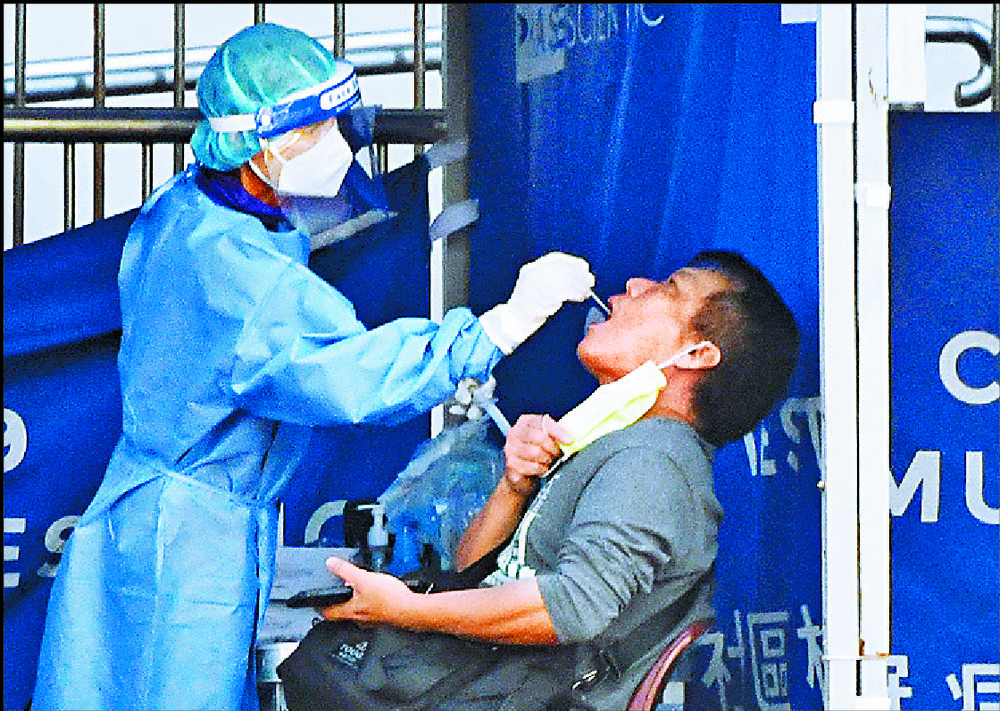 Testing to be ramped up

Anyone who reports to the government that he or she has contracted a Covid-19 infection following a rapid test will need PCR confirmation to lower the chance of false positive reports, says Chief Executive Carrie Lam Cheng Yuet-ngor.
In unveiling the extra measure, Lam said social distancing and border control measures will remain the same until the end of her term this month.

In justifying the measure, she pointed to a larger proportion of self-reported cases coming back negative after cross-checking rapid test results with PCR-based nucleic acid ones.

"We allowed people to report positive rapid test results by themselves during the peak of the fifth wave when there were a huge number of infections and issued isolation orders to those declared positive," Lam said.

"However, we noticed that the proportion of false positive cases among self-reported cases has been as high as 30 percent recently."

Currently, authorities have to manually delete false positive cases and recalculate infection numbers, which Lam said is far from ideal as the daily caseload is relatively lower now and a deluge of dozens of false positive cases could affect the public's perception of the pandemic's severity.

"Therefore, we will conduct PCR tests for all people who claim to test positive in rapid tests for confirmation," she said.

As a part of that, staff of private laboratories were commissioned yesterday to visit those who reported positive RAT results and help them get tested again before their cases could be counted as confirmed, Lam said.

Hong Kong has seen a slight rebound in infections, she said, but it is too early to determine whether a sixth wave has arrived.

Current social distancing measures are renewed every two weeks - the next cycle ends on June 29, the second-last day of Lam's term.

"From now till June 30 - whether it is restrictions on social distancing measures or arrival requirements - there won't be any changes," Lam said. The office of chief executive-elect, John Lee Ka-chiu, said it has asked the Food and Health Bureau to meet Lee on post-July 1 measures to be taken.

She was speaking as University of Hong Kong pediatrician Patrick Ip Pak-keung proposed that people be allowed to take off masks in the summer if the vaccination rate hits 95 percent. But in light of a possible new Covid wave and influenza, he called on the elderly and the young to get jabbed as soon as possible and wear a mask in public places during winter.
#COVID-19  #Covid
Add Comment