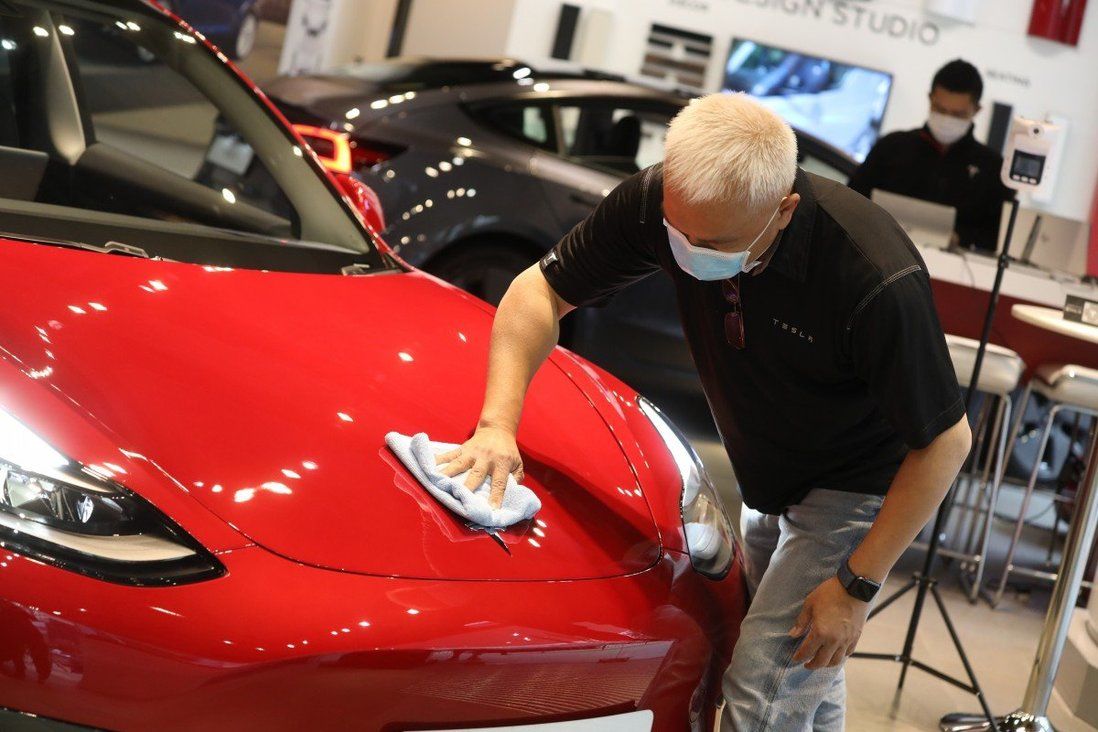 It also revealed the full schedule of deliveries for all three versions of the SUV: standard, long and performance range. The standard range model, which can go 455 kilometres on a single charge and has a top speed of 217kph, will be the cheapest under the Hong Kong government’s one-for-one replacement scheme and will be available for HK$329,800 (US$42,414).

Under the replacement scheme, which was announced in February, owners who deregister and scrap their old cars and purchase a new EV can avail concessions of as much as HK$287,500. A full-priced standard range Model Y will cost HK$464,570.

“EVs currently make up about 3 per cent of Hong Kong’s total registered cars. Tesla wants to expand further in the city and will target the remaining 97 per cent,” said Isabel Fan, the US carmaker’s regional director for Hong Kong, Macau and Taiwan.

Hong Kong is an important market for Tesla and was hailed as a “beacon city for electric vehicles” by its CEO, Elon Musk, during a visit in 2016. The city could “serve as an example to the rest of the world on what to do”, Musk said at the time. The city has taken the lead on the adoption of EVs in Asia – by the end of 2020, one out of every eight new private cars was an EV, according to the 2021-22 Budget delivered by Financial Secretary Paul Chan in February.

By the end of last year, there were about 18,500 private EVs in Hong Kong and Tesla accounted for 80 per cent, according to data from the Transport Department.

Tesla started taking orders for the SUV last month. The Model Y will be on display at Freespace at the West Kowloon Cultural District from Monday until Friday this week.

Tesla launched a standard range version of the Model Y in mainland China last month as well. But the EV selling on the mainland will have a range of 525 kilometres per charge. Its sticker price is 276,000 yuan (US$42,700) after subsidies. These SUVs will also be delivered in September.

About 1.2 million EVs were sold in China last year, or about 6 per cent of new cars sold, according to China Passenger Car Association. This proportion is expected to rise dramatically by 2025 and by 2030.

In Hong Kong, the government is targeting no new registrations of fossil fuel cars, including hybrids, by 2035 or earlier. This is expected to help the city meet its target of zero vehicular emissions before 2050, in tandem with its target of achieving carbon neutrality in the same period, officials say.