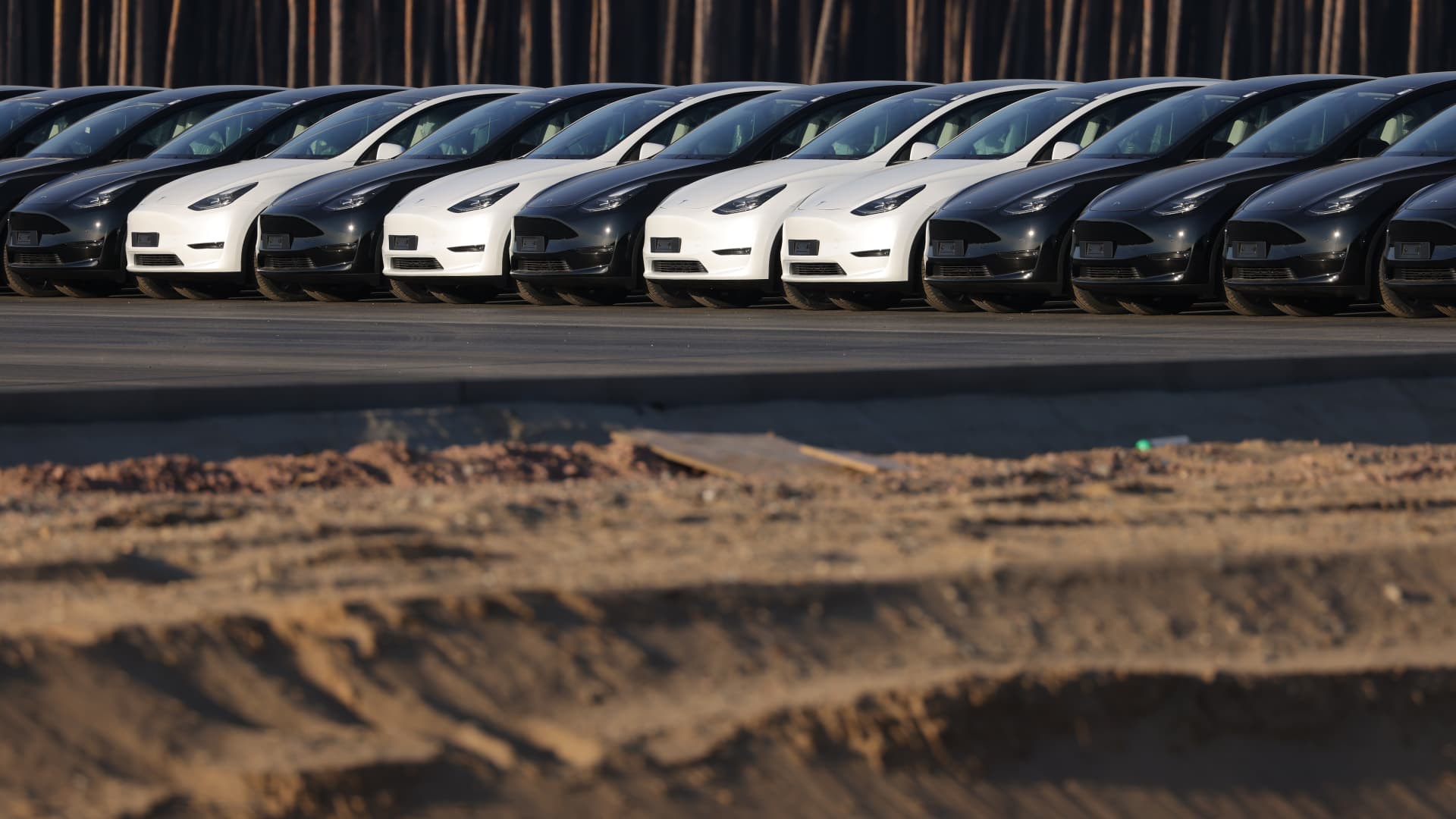 Deliveries are the closest approximation of sales disclosed by Tesla. These numbers represented a record for the Elon Musk-led automaker and growth of 40% in deliveries year over year.

However, the fourth-quarter numbers fell shy of analysts’ expectations.

According to a consensus of analysts’ estimates compiled by FactSet, as of Dec. 31, 2022, Wall Street was expecting Tesla to report deliveries around 427,000 for the final quarter of the year. Estimates updated in December, and included in the FactSet consensus, ranged from 409,000 to 433,000.

Those more recent estimates were in line with a company-compiled consensus distributed by Tesla investor relations Vice President Martin Viecha. That consensus, published by electric vehicle industry researcher @TroyTeslike, said that 24 sell-side analysts expected Tesla deliveries of about 417,957 on average for the quarter (and about 1.33 million deliveries for the full year).

Tesla started production at two new factories this year — in Austin, Texas, and Brandenburg, Germany — and ramped up production in Fremont, California, and in Shanghai, but it does not disclose production and delivery numbers by region.

In its third-quarter shareholder presentation, Tesla wrote: “Over a multi-year horizon we expect to achieve 50% average annual growth in vehicle deliveries. The rate of growth will depend on our equipment capacity, factory uptime, operational efficiency and the capacity and stability of the supply chain.”

The period ended Dec. 31, 2022, was marked by challenges for Tesla, including 1Covid1 outbreaks in China, which caused the company to temporarily suspend and reduce production at its Shanghai factory.

During the fourth quarter, Tesla also offered steep price cuts and other promotions in the U.S., China and elsewhere in order to spur demand, even though doing so could put pressure on its margins.

In a recent email to Tesla staff, Musk asked employees to “volunteer” to deliver as many cars to customers as possible before the end of 2022. In his email, Musk also encouraged employees not to be “bothered” by what he characterized as “stock market craziness.”

Shares of Tesla plunged by more than 45% over the last six months.

In December, several analysts expressed concern about weakening demand for Tesla electric vehicles, which are relatively expensive compared with an increasing number of hybrid and fully electric products from competitors.

Along with competitors ranging from industry veterans Ford and GM to upstart Rivian, Tesla is poised to reap the benefits of President Joe Biden’s Inflation Reduction Act this year, which includes incentives for domestic production and purchases of fully electric cars.

Retail shareholders and analysts alike attributed some of Tesla’s falling share price in 2022 to a so-called Twitter overhang.

Musk sold billions of dollars worth of his Tesla holdings last year to finance a leveraged buyout of the social media business Twitter. That deal closed in late October. Musk appointed himself CEO of Twitter and has stirred controversy by making sweeping changes to the company and its social media platform.