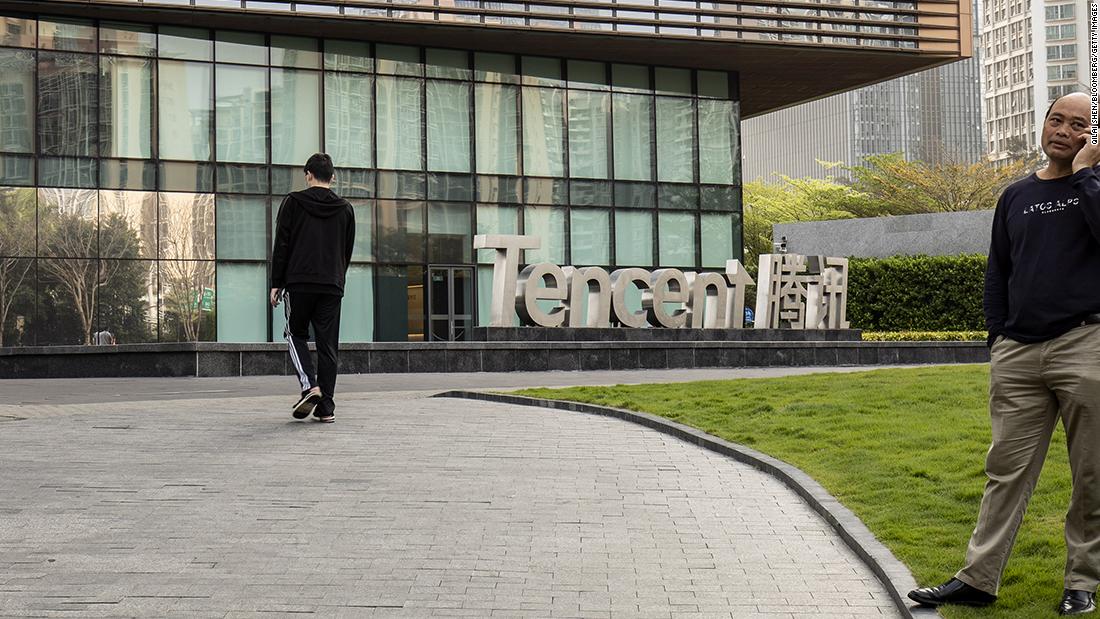 Tencent is pulling in more money and plans on investing more in games and videos, even as Beijing expands its scrutiny of the tech sector.

The Chinese gaming and social media giant said Thursday that revenue jumped 25% to 135.3 billion yuan (about $21 billion) for the quarter ended March compared to the same period last year.

Profit soared 65% to 47.8 billion yuan ($7.4 billion), better than what analysts had projected, helped by lower interest rates and growth in its booming gaming business.

The company also announced Thursday that it would step up its investments in "new opportunities," such as game development and short-form video content.

That has likely turned off some investors, according to Hao Hong, head of research at BOCOM International, the securities arm of China's Bank of Communications. Tencent (TCEHY) shares slipped as much as 4% in Hong Kong on Friday.

"People are basically looking for excuses to cash out their stake in the company," said Hong. "There's always risk associated with new investments, so some people may want to take money off the table."

Investors may also be worried that the company could face the kind of severe scrutiny that has already engulfed some of the country's top players, including Alibaba (BABA).

Tencent shares are up 4% from the start of this year, but they have fallen some 23% from a peak in late January, as the Chinese government has escalated its crackdown. Hong, though, said regulatory fears may be overblown.

Once seen as one of China's biggest success stories, Jack Ma's Alibaba has now become a cautionary tale. It was hit with a record $2.8 billion fine last month for behaving like a monopoly.

That came after Alibaba's financial technology affiliate, Ant Group, was forced to shelve a record-breaking $37 billion IPO last year, when Ma landed in hot water with regulators. Ant was later also ordered to dramatically overhaul its operations, and become a financial holding company supervised by the central bank.

Since then, Tencent has continually been caught in the crosshairs, fraying investors' nerves.

In March, CEO Ma Huateng, who is also known as Pony Ma, met with Chinese antitrust officials. Tencent stressed in a statement at the time that the gathering was a "voluntary" and "regular meeting," though shares slid that day.

Over the last few weeks, regulators have continued to tighten practices for dozens of tech companies.

In April, for instance, executives from 34 tech firms, including Tencent, were summoned to meet with authorities, who urged them to heed the warning from the Alibaba case and to stop anti-competitive behaviors.

That same month, Tencent was also one of the 13 companies that Chinese regulators ordered to address the most "prominent problems" of their financial units. (Aside from its ownership of WeChat, the ubiquitous messaging app, Tencent is known for its dominance in online payments in the country through its WeChat Pay platform, which boasts hundreds of millions of users.)

The move, which signaled that Beijing was determined to broaden the scope of its historic crackdown, once again sent Tencent shares down at the time.

Tencent President Martin Lau addressed the matter in an analyst call Thursday, emphasizing that the company was "very focused on compliance."

"We're very focused on risk management. We're very self-restrained in terms of the size of [some of] our ... financial products, especially on the lending side," he added.

"So when we look into the internal review and when we look into what are the things that need to be done in order to make sure that we are compliant with the spirit of the regulators, right, I think it's actually relatively manageable." 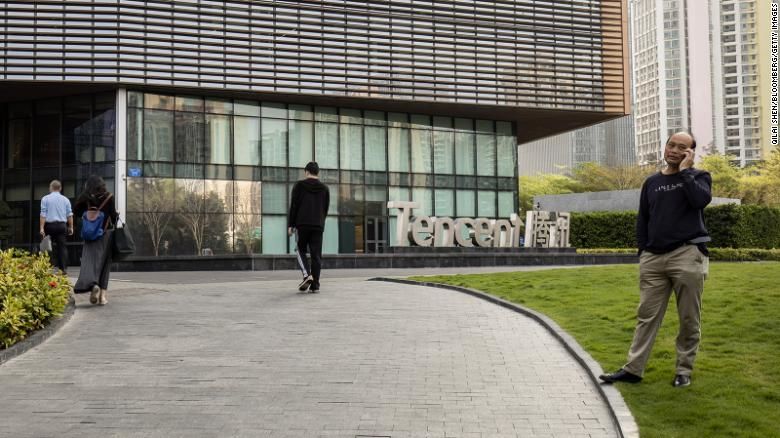 Pedestrians walking past a Tencent sign at the company's headquarters in Shenzhen in March.

This week, Tencent Music (TME), the company's US-listed music streaming subsidiary, also said it had been getting more attention from Chinese regulators.

"In recent months, we have received increased regulatory scrutiny from relevant authorities and have been actively cooperating and communicating with the relevant regulators," Chief Strategy Officer Tony Yip said on an earnings call.

"We are committed to comply with all relevant laws and regulations, including those related to antitrust."

With recent earnings, analysts were particularly impressed by Tencent's gaming business, which swelled at an extraordinary pace in 2020, and is still showing impressive growth.

Many video game publishers have enjoyed a boom during the pandemic, with more people staying home, and Tencent's intake from this division last quarter likely nearly matched what it brought in "last year during Covid," noted Bernstein analyst Robin Zhu.

The firm said that revenue from its games business ticked up 17% to 43.6 billion yuan ($6.8 billion) from January to March, "primarily due to revenue growth from our mobile games worldwide, including Honor of Kings, PUBG Mobile, and Peacekeeper Elite, as well as recently launched titles such as Moonlight Blade Mobile."

Overall, Zhu said, "we'd argue this was a solid set of results."