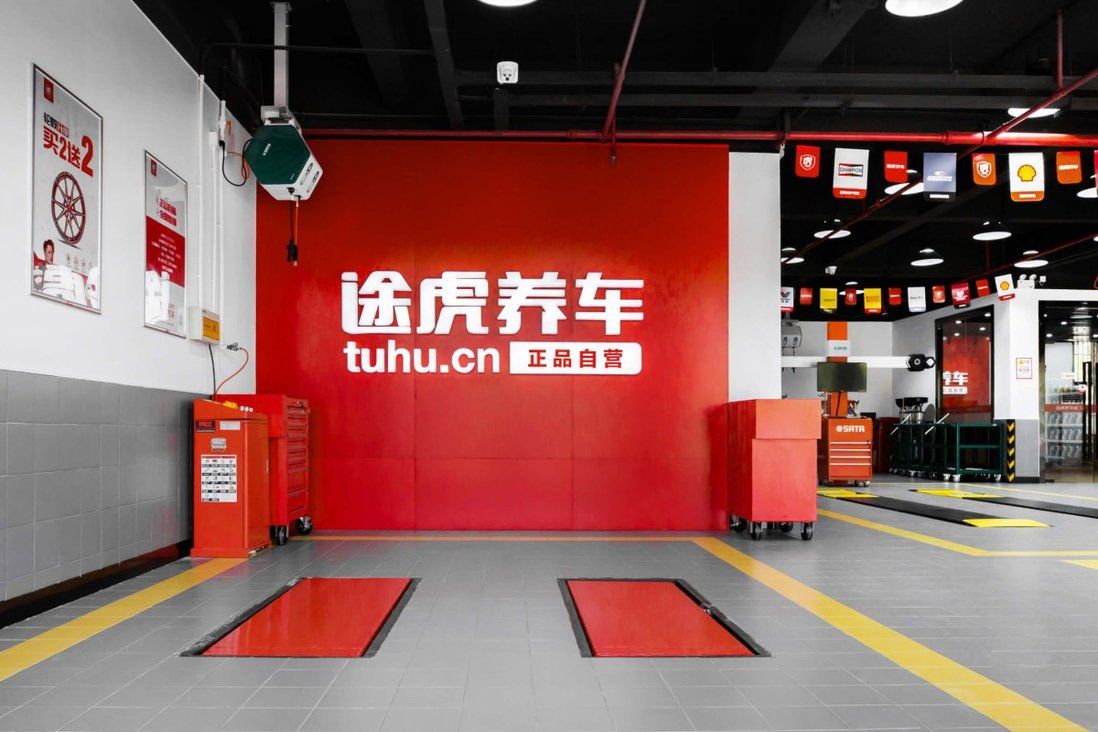 Tencent-backed car services platform Tuhu Car files for Hong Kong listing, the latest in a long line of Chinese companies to shift listing plan from the US to Hong Kong.

Tencent Holdings-backed vehicle services platform Tuhu Car has filed for a listing on the Hong Kong stock exchange, becoming the latest in a long line of Chinese companies to shift listing plans from the US to Hong Kong amid rising geopolitical tensions.

The mainland Chinese car services provider submitted application documents on Monday, which were posted on the stock exchange’s website, without revealing the size or likely timeframe of the initial public offering.

Tuhu had initially wanted to list in New York but changed its plan to Hong Kong, and is seeking to raise about US$400 million, a person familiar with the situation told the Post, declining to be identified as the information is not public.

The listing would be a boost for Hong Kong, which has dropped to tenth in the worldwide IPO league table in the first half this year, after claiming the top spot seven times in the past 13 years.

Many US-listed Chinese firms have opted for a secondary listing or even a primary listing in Hong Kong due to an increasingly tense relationship between Washington and Beijing, while a number of new listings have been shifted from the US to Hong Kong.

The start-up was founded by Chen Min in Shanghai in 2011 and offers a wide range of services online and in stores for car owners ranging from tyres, battery and chassis replacement parts to other car maintenance and repair services, the filings said.

The company’s flagship Tuhu Automotive Service app had 86.4 million registered users as at the end of June, making it the largest online services platform for car owners in China, according to a CIC Report. It also has physical stores, with 4,200 Tuhu workshops and over 25,000 partner stores across the country.

The company has adopted a weighted voting rights structure with two classes of shareholding. Co-founder and chairman Chen will own Class-B shares, with each share having 10 times the voting rights of each Class-A share, which will be on offer to other shareholders.

Tuhu raised US$450 million in 2018 in a funding round led by investors including internet giant Tencent, and private equity firms Carlyle Group and Sequoia Capital, according to a company statement.

Goldman Sachs, UBS, CICC, and BofA Securities are joint sponsors of the offer.

The Securities and Exchanges Commission, the US ­market regulator, had added 163 US-listed mainland companies to a list of ­entities deemed to be liable to the Holding Foreign Companies Accountable Act (HFCAA).

These companies face the threat of delisting as early as next year if they do not comply with US ­auditing oversight after three ­consecutive years.

A breakthrough came last Friday when China and America signed an accord granting the US accounting oversight board access to Chinese audit data, and allowing US inspectors to come to Hong Kong to do the audit review in September.