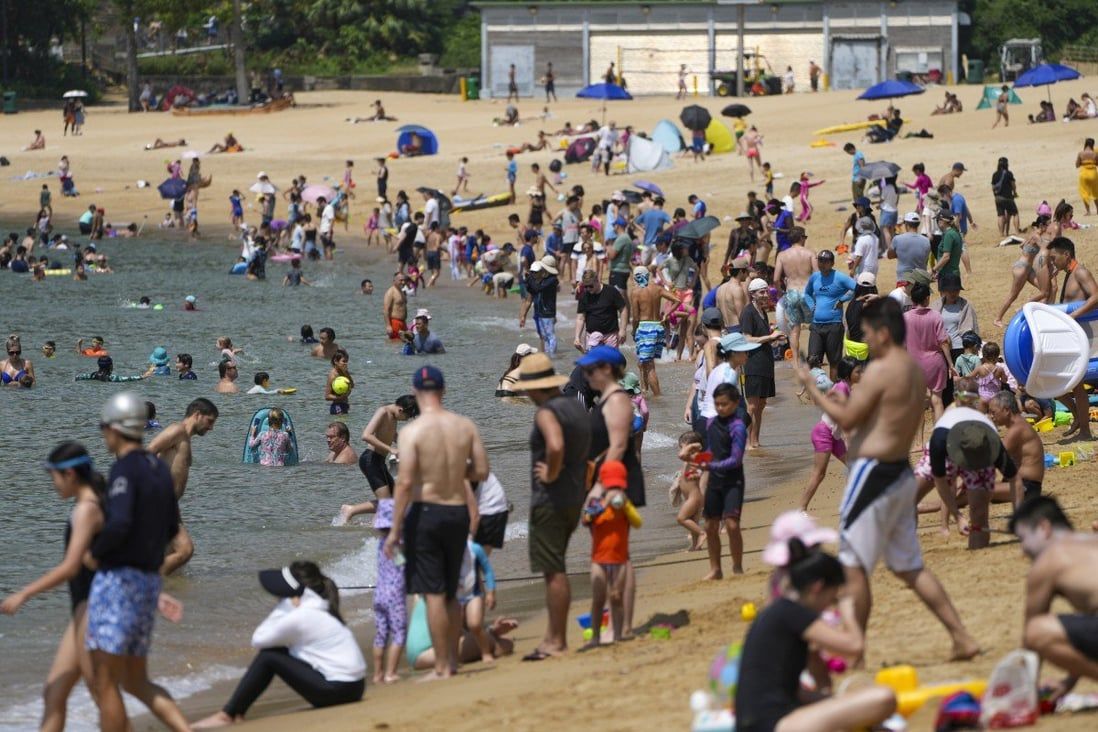 Families sweeping graves in the hills of Hong Kong on Tuesday endured the hottest Chung Yeung Festival on record, as the mercury climbed to 33.5 degrees Celsius (92.3 degrees Fahrenheit) at the height of the day.

The temperature hit 33 degrees at 2pm, breaking the record of 32.5 degrees set in 1959, and climbed to 33.5 degrees later in the day. Other parts of the city saw even higher temperatures, with the mercury hitting 35.9 degrees in Sheung Shui.

“It was the hottest Chung Yeung Festival since records began in 1884,” the Observatory said. “A high-altitude anticyclone is bringing generally fine weather to southern China.” 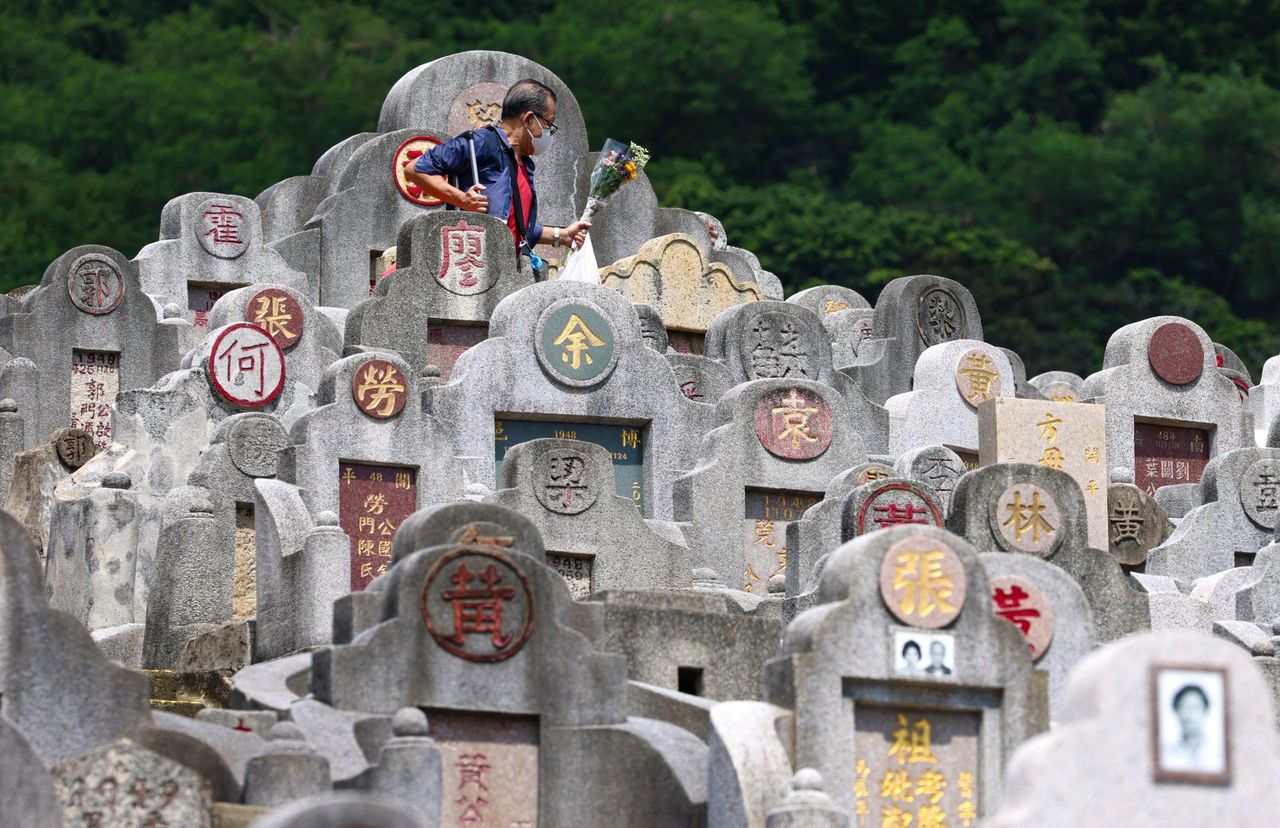 Residents pay their respects to their ancestors at the Diamond Hill Cemetery on Tuesday.

Due to a rise in air pressure in eastern China, a northeast monsoon was expected to reach the coast of Guangdong on Wednesday morning, bringing showers, the forecaster said.

The festival, observed on the ninth day of the ninth lunar month, is a day for families to go hiking and visit the graves of their ancestors to clean them, repaint inscriptions and lay out food offerings and flowers. 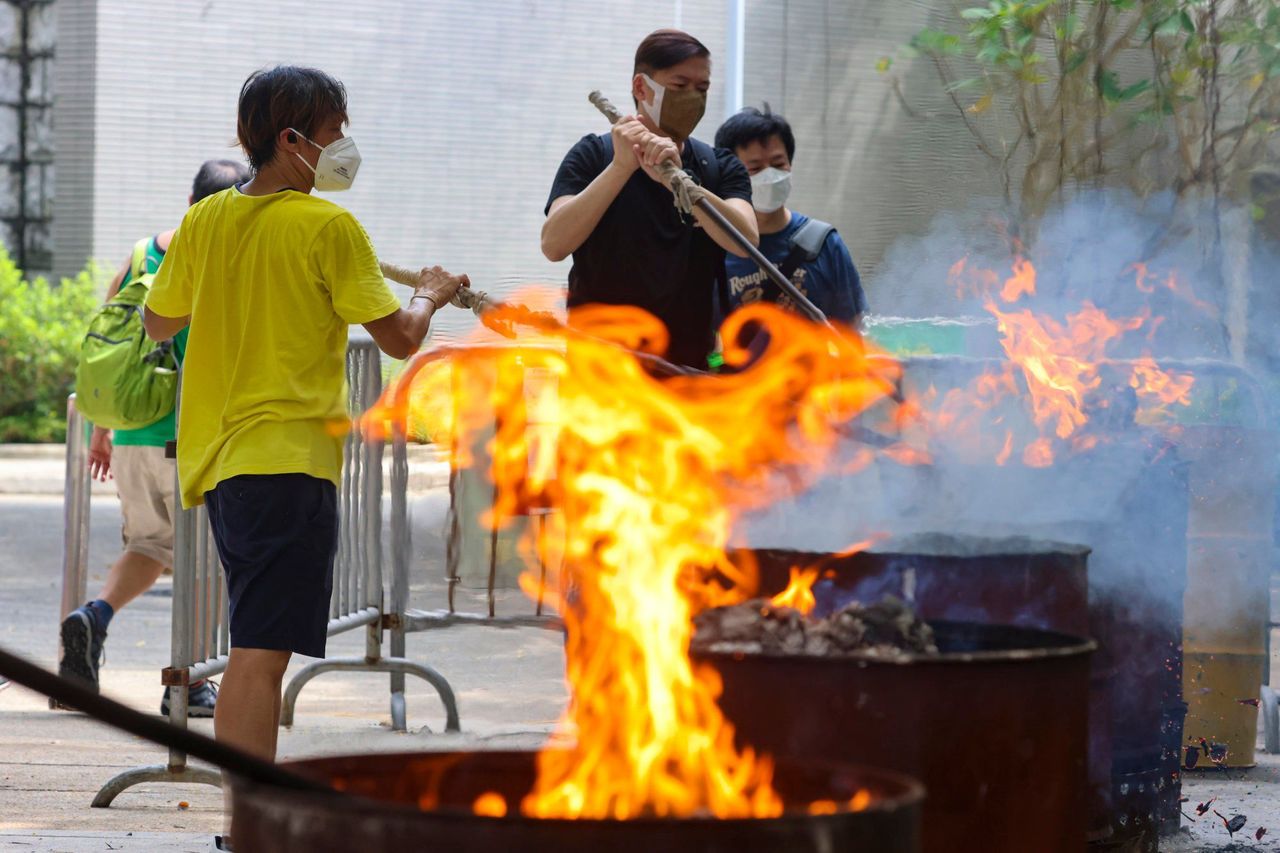 A teacher surnamed Wong, in her late fifties, who came to sweep the tombs of her grandmother and uncle in Lo Wu, said: “It was very hot. There was no cool breeze. I have been sweating since I got off the train.”

Feeling dehydrated, Wong said she had tried to look for drinks in vain, and had to ride to the next railway station for a beverage after visiting the graves of her ancestors.

Her 85-year-old father could only sweep one of the tombs as he was unable to walk uphill in the heat, she added.

“The worst thing was that shops in the station were all closed, and there were no vending machines. I had to get off at Sheung Shui to buy some water,” she said.

“There was no breeze this morning. I just sweated through my T-shirt and drank over a litre of water within the two hour hike. I was in immediate need of a cold drink right after the trip,” he said. “I have never experienced such heat on an October day,” he added.