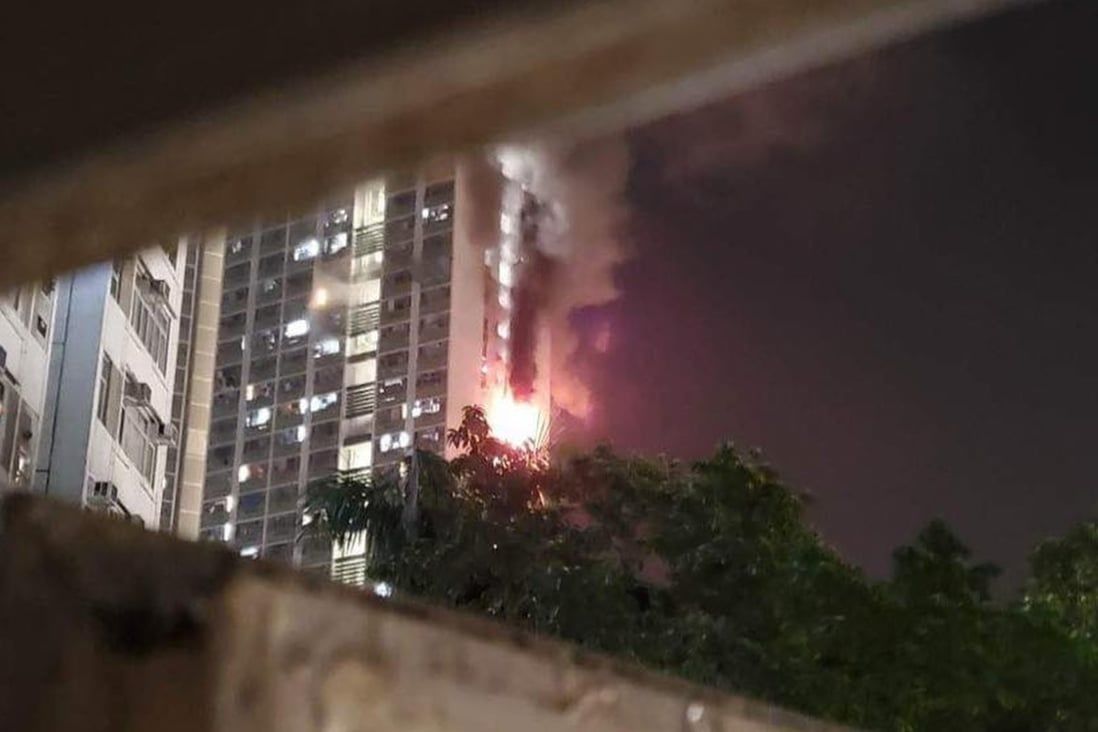 Girl, 15, suffered serious burns to her body and was certified dead at the scene.

A 15-year-old girl was killed and six people including her mother injured after a “suspicious” fire broke out in her flat in a Hong Kong public housing estate before daybreak on Friday, forcing more than 80 residents to flee.

Her mother suffered burns to her face and hands and the woman’s boyfriend, 44, who was rescued by firefighters from the toilet of the burning flat in Sha Tin, was taken to hospital unconscious.

Emergency personnel were called in when the blaze broke out in the 26th-floor flat in Mei Wai House at Mei Lam Estate off Mei Tin Road at 5.47am. The Fire Services Department said nine fire engines and five ambulances were sent to the scene. 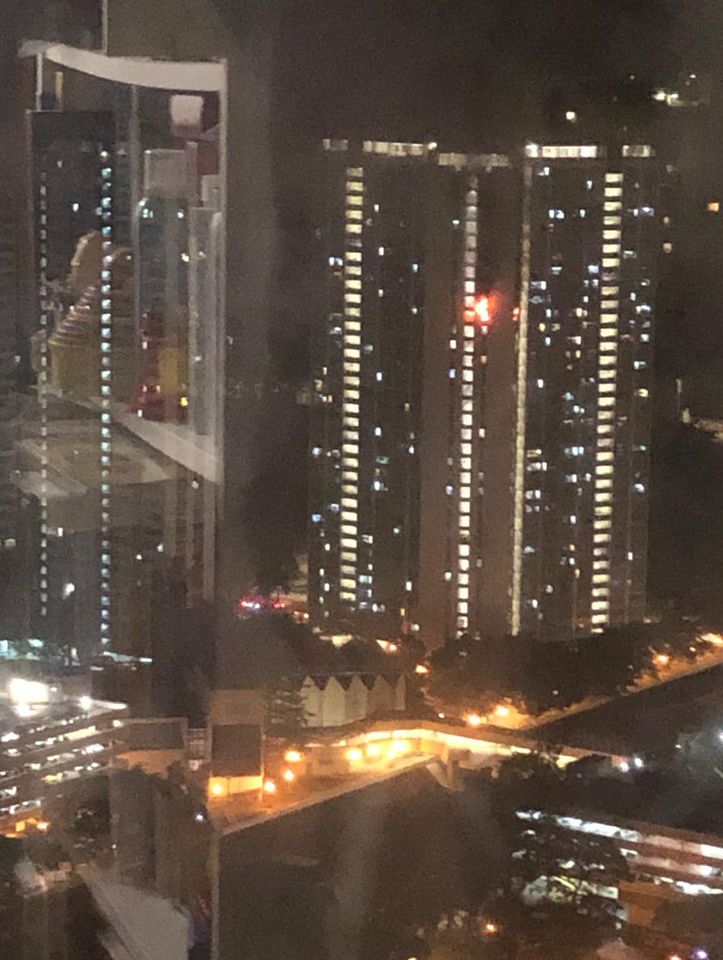 About 100 residents fled from the block.
According to the force, the injured mother was found at the rear staircase between the 26th and 27th floors of the building.

“She told emergency rescuers that two people including her [15-year-old] daughter were trapped in the burning flat,” a police spokesman said.

The teenage girl, who suffered serious burns to her body, was rescued by firefighters but certified dead at the scene, he said.

Wong Tan, an assistant New Territories North divisional officer at the department, said she was found near the entrance of the flat.

The mother’s boyfriend inhaled dense smoke and felt dizzy when he was found in the toilet, according to senior ambulance officer Yeung Keung-sang. Police said he was unconscious while being taken to Prince of Wales Hospital in Sha Tin. 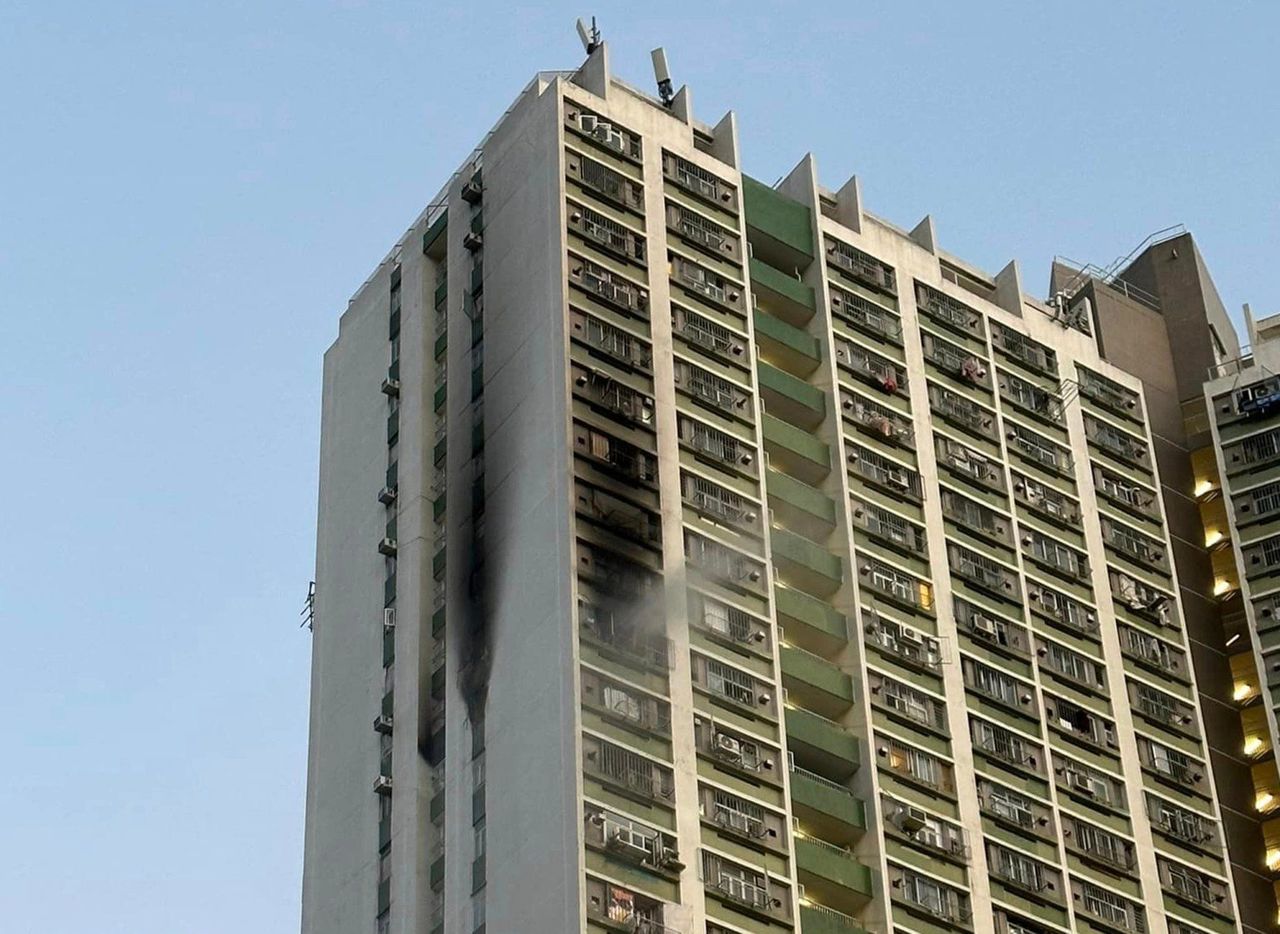 Four neighbours were taken to hospital after inhaling smoke.

When firefighters arrived, the flames were fierce and thick smoke poured out of the burning flat, Wong said, adding they needed time to carry out a door-to-door search and lead residents to safety.

He said firefighters evacuated about 30 residents while another 50 people had fled before emergency personnel arrived. 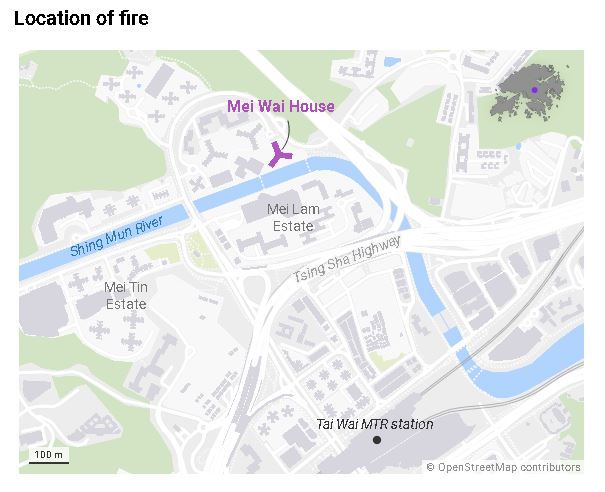 Firefighters used a water jet to fight the flames and deployed a rescue team equipped with breathing apparatus. The blaze was put out in about 20 minutes.

A burning air conditioner fell from the flat after its fixtures were damaged in the blaze. The flames and smoke also blackened the outer walls of the three floors above.

Wong said an initial investigation found that the cause of the fire was suspicious. “Fire accelerants were found in the flat and the blaze had spread very fast and abnormally,” he said.

Police Superintendent Sharon Wong Hau-suen, the Tin Sum divisional commander, said crime-squad officers were working with firefighters to investigate the cause of the blaze.

She said there were no reports of domestic violence involving the occupants of the flat.

According to police, four neighbours – a man and three women – complained of feeling unwell after inhaling smoke. The six injured were being treated at the same hospital.

Detectives from the Sha Tin district crime squad are looking into the incident.

A government spokesman said it was a first alarm fire. In Hong Kong, fires are rated on a scale of one to five according to seriousness.