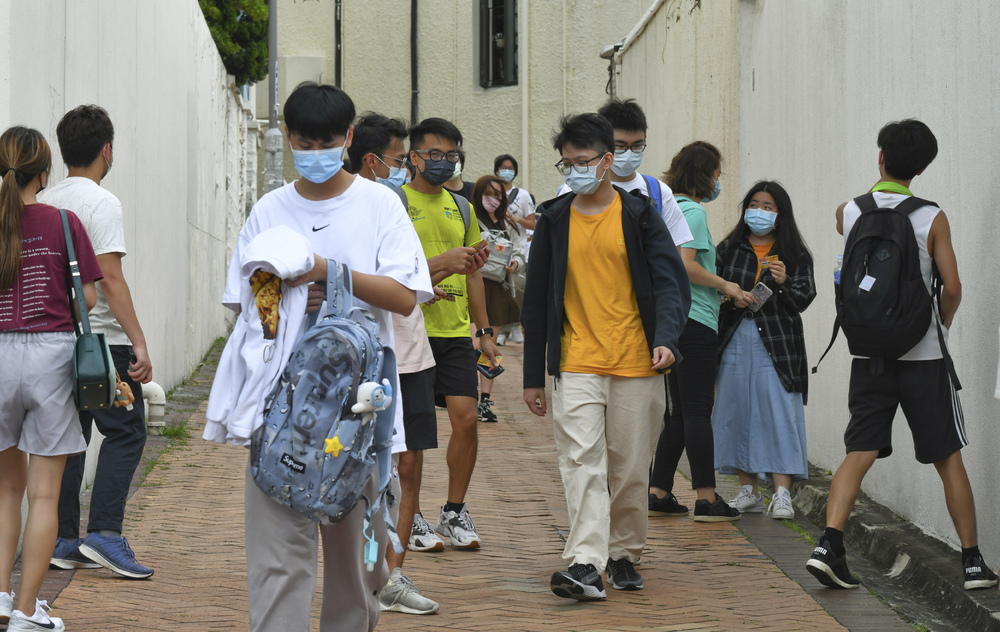 Unemployment for teenagers and young adults still stands at a high level of 15 percent despite having dropped from the highest level of 20.3 percent last year, Financial Secretary Paul Chan Mo-po warned.
In a blog post on Sunday, he said the drop in unemployment rate has become slower, and economic recovery remains sluggish.

The latest unemployment rate between July and last month was 4.5 percent, 0.2 percentage points lower than the 4.7 percent between April and June.

He said although the unemployment rate has gone down by three percentage points this year, the drop has slowed down in recent months, which “to some extent indicates weakened recovery.”

Chan said the SAR has been suffering from imbalanced economic development. Over the past two decades, the financial service industry's contribution to gross domestic product (GDP) rose to 21 percent from 12.8 percent, but number of employees in the sector only grew slightly to 270,000, or 7.1 percent, from 5.3 percent.

On the other hand, the trading and logistics industry saw its GDP go down from 23.6 percent to 20 percent, but the number of employees still stands at 670,000, or 17.5 percent.

“As for the tourism industry, before the pandemic it hired 6.6 percent of the SAR's working population or almost 260,000 workers. That was despite the sector only contributed 4.5 percent of the city's GDP before the outbreak," he said.

He said such an employment structure meant that even if the financial services sector is prosperous and is able to benefit retail, catering, tourism and transport sectors, employees from different sectors may not share the same “economic fruits,” contributing to an uneven distribution of wealth.

“The great difference in salaries and wealth as well as the widened gap between the rising living cost and slow salary hike have become a major source of conflict in society,” he wrote.

“They have hugely slashed citizens' sense of accomplishment and happiness, or even affected their sense of belonging to the community.”

Authorities will strive to diversify economic development and pump up housing and land supply, he said.
Add Comment