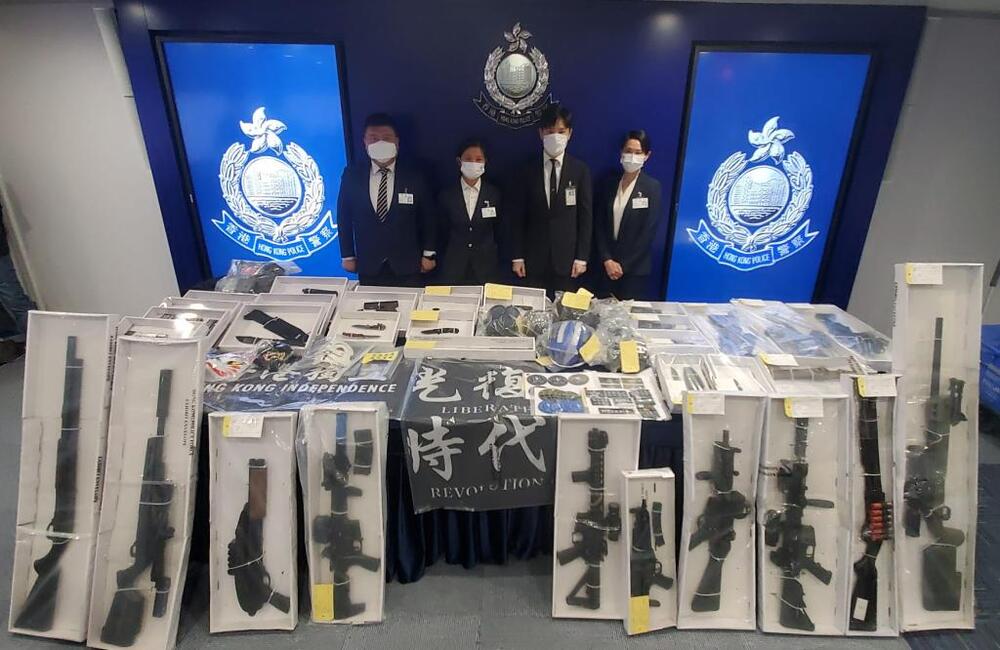 Teen aged 17 among three arrested over seizure of imitation guns

He was arrested this morning and was found with an air gun, a retractable stick, a folding knife, a hammer, an anti-government flag, and some cloth badges with anti-government slogans. The student is still being held for investigation.

Police called on the public to fight terrorism, and report any suspicion they observed.
Add Comment