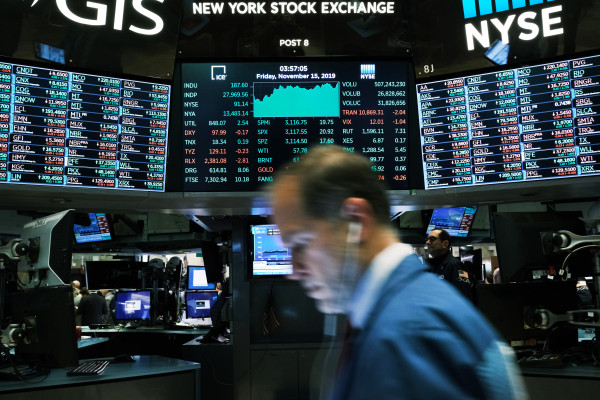 Look, this is the last post I’m writing in 2019 and I’m tired. But I can’t let the year close without taking stock of how well tech stocks did this year. It was bonkers.

So let’s mark the year’s conclusion with some notes for our future selves. Yes, we know that the Nasdaq has been setting new records and SaaS had a good year. But we need to dig in and get the numbers out so that we can look back and remember.

Let’s cap off this year the way it deserves to be remembered, as a kick-ass trip ’round the sun for your local, public technology company.

We’ll start with the indices that we care about:

The tech-heavy Nasdaq Composite rose 35% in 2019
The SaaS-heavy Bessemer Cloud Index rose 41% this year
Next, the highest-value U.S.-based technology companies:

Microsoft was up around 55% in 2019
Apple managed an 86% gain in the year
Not be left out, Facebook rose 57%
Amazon posted its own gain of 23% in 2019
Alphabet managed to grow by 29%, as well
Now let’s turn to some companies that we care about, even if they are smaller than the Big Five:

The technology industry’s epic run has been so strong that The Wall Street Journal noted this morning that, powered by tech companies, U.S. stocks “are poised for their best annual performance in six years.” The Journal highlighted the performance of Apple and Microsoft in particular for helping drive the boom. I wonder why.

But the worst trade in recent years has been the pessimists’ gambit. No matter what, stocks have kept going up, short-term hiccoughs and other missteps aside.

For nearly everyone, that is. While tech stocks in general did very well, some names that we all know did not. Let’s close on those reminders that a rising tide lifts only most boats.

Several of the most lackluster public tech companies were 2019 technology IPOs, interestingly enough. Who didn’t do well? Uber earns a spot on the naughty list for not only being underwater from its IPO price, but also from its final private valuations. And as you guessed, Lyft is down from its IPO price as well, which is not good.

Some 2019 IPOs did well in the middle of the year, but fell a little flat as the year came to a close. Pinterest, Beyond Meat and Zoom meet that criteria, for example. And some SaaS companies struggled, even if we think they will reach $1 billion in revenue in time.

But it was mostly a party. The public markets were good, and tech stocks were great. This helped create another 100+ unicorns in the year.

In time, those numbers will look small. But sitting here on December 31, 2019, they appear huge and towering and, it must be said, somewhat perilously stacked.