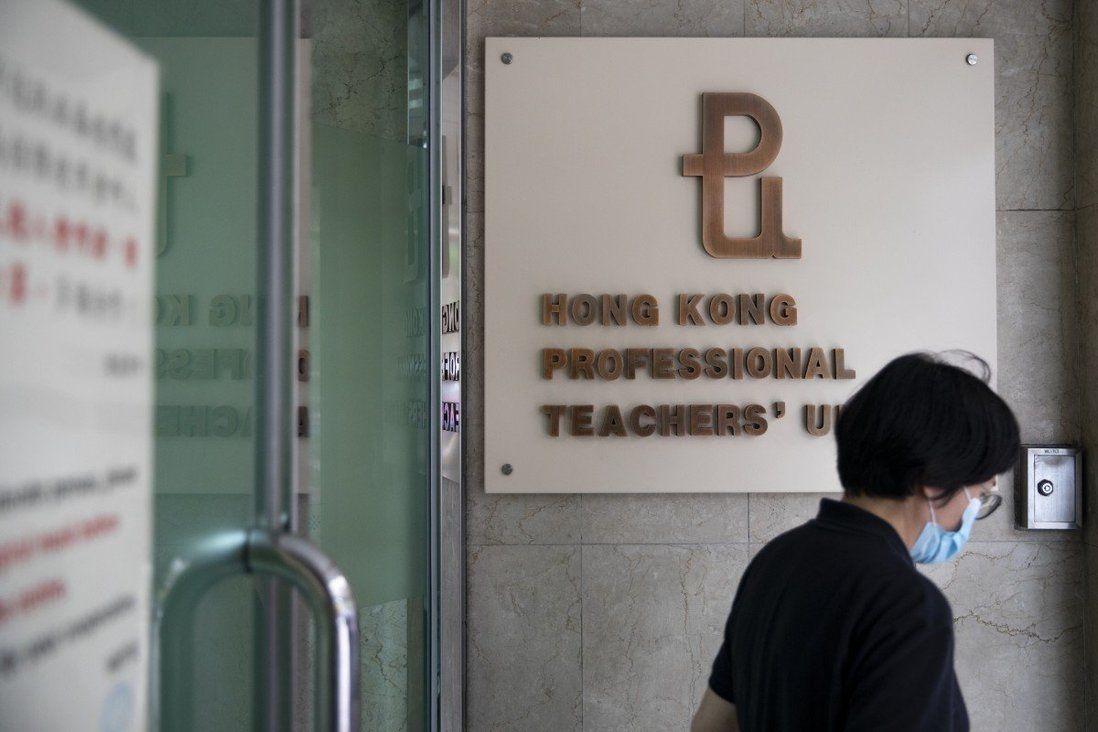 Insiders say figures with close links to mainland Chinese officials told union leadership in no uncertain terms that efforts at conciliation were ‘useless’.

Leaders of Hong Kong’s biggest teachers’ union were left with no choice but to disband after unofficial representatives of Beijing told them in no uncertain terms that the group must “cease to exist”, insiders have revealed to the Post.

The sources also said that the decision to shut down the opposition-leaning Professional Teachers’ Union was motivated in part by a desire to avoid the fate of the now-defunct Apple Daily newspaper, which closed after authorities arrested several of its top executives and staff, and froze the assets of its parent company.

“We have seen a precedent in Apple Daily. The union’s senate was very worried that the situation could get extremely bad if the body’s assets were frozen, and salaries could not be paid. That would be the worst for our 200 staff members,” one of the insiders told the Post. 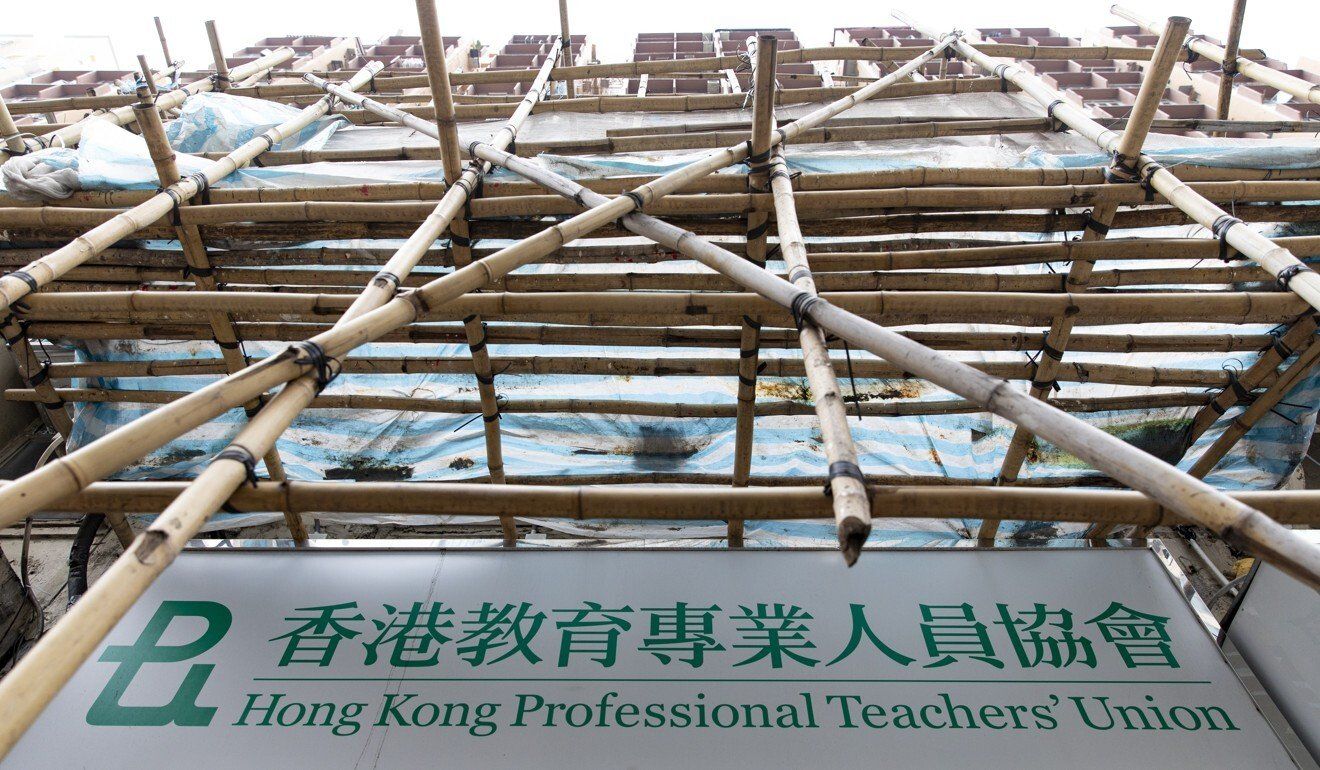 The union was also concerned that if it did not disband, its assets would be frozen and its leaders arrested.

The PTU had HK$67 million (US$8.6 million) in net current assets as of the end of last year. Analysts have also estimated that the union’s commercial properties in Mong Kok, Causeway Bay and San Po Kong could be worth several hundred million Hong Kong dollars, even though it may find itself on the losing end of deals if it races to sell them off.

The campaign against the PTU erupted in public on July 31, when the Education Bureau announced it was cutting all ties with the union, hours after Communist Party mouthpieces Xinhua and People’s Daily called it a “malignant tumour” that had to be excised given its leading role in 2019’s anti-government protests.

The union then took several conciliatory steps following the decision. It issued an open letter pledging to refocus on the education profession and welfare efforts. It also left the opposition-leaning Confederation of Trade Unions, and severed ties with Education International – a Brussels-based federation of educators groups that had drawn the ire of pro-Beijing media.

The PTU also announced a new working group to raise awareness of Chinese history and culture among teachers and pupils, and removed all teaching materials from its website, some of which the pro-establishment camp had accused of being overly political or misleading.

The moves gave the impression that the 47-year-old union was determined to continue to operate, analysts said, and the bombshell announcement on Tuesday that it would instead disband left the public – and especially its supporters – in shock.

In a press conference on Tuesday, PTU president Fung Wai-wah would only say the union “cannot see a future”, and that its conciliatory moves had “proved to be in vain”, but declined to reveal further details. 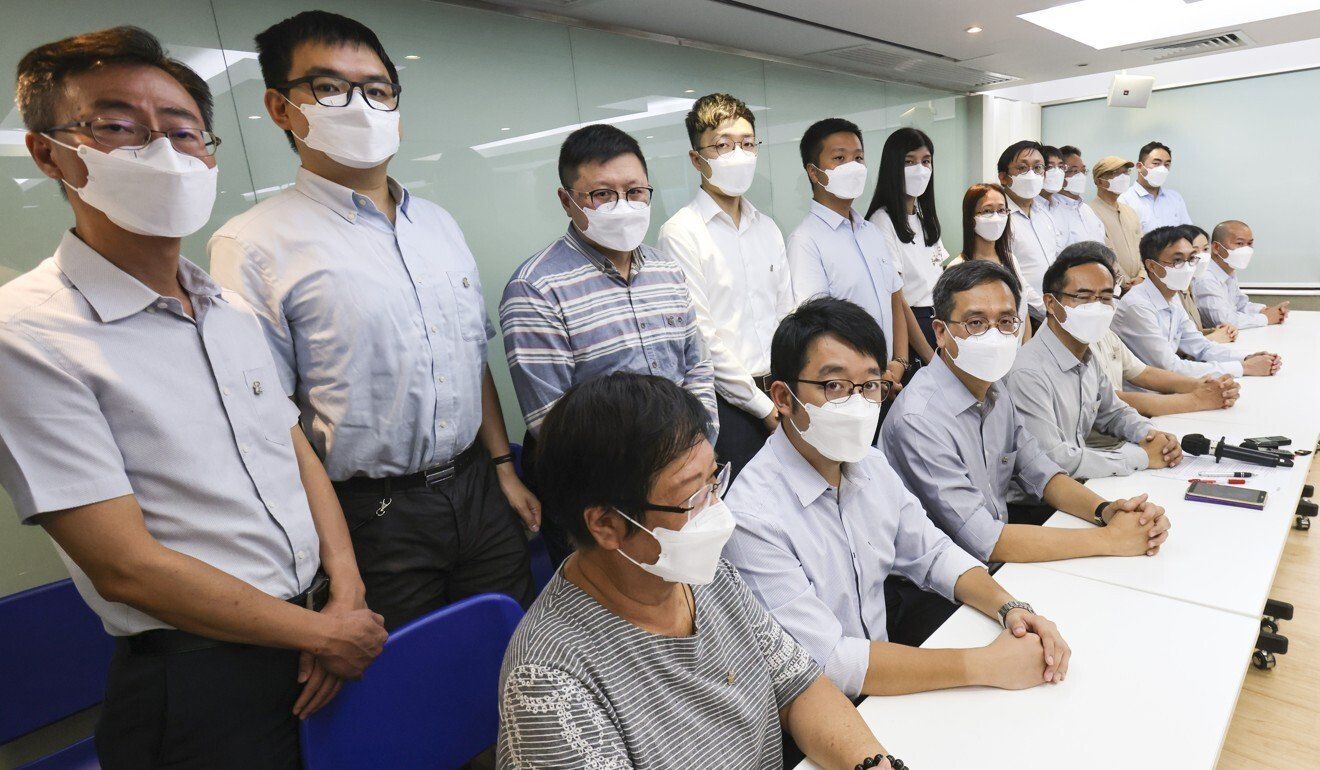 Leaders of the Professional Teachers’ Union announce its disbandment at a press conference on Tuesday.

According to the insiders, over the 11 days between the Education Bureau severing ties with the union and the announcement of its dissolution, its leaders explored different options to stay afloat, only to receive multiple indications – both public and private – that such a goal was impossible.

An insider said one such message came from police commissioner Raymond Siu Chak-yee, who pledged in an interview with the Beijing-friendly Phoenix TV that the force would “definitely investigate” the union for any potential national security violations.

Another came from prominent pro-Beijing businessman Lo Man-tuen, who wrote an article on Monday also calling on authorities to investigate the union, the insider said.

But perhaps the most concrete signal that the union’s days were numbered took place behind closed doors. Over the weekend, PTU leaders were told separately by several figures with close ties to Beijing that their efforts to start toeing the line were “useless and ineffective”, and that the central government’s stance would not be softened. Without disclosing the middlemen’s identity, one source described them as close contacts of mainland officials.

“We considered a mass resignation of the leadership,” another source said. “But the middlemen said the situation was very serious when state media said the union was a tumour that must be removed. PTU just cannot exist any more, and disbandment was our only option.”

The insider said the union believed that if it refused to disband, authorities would formally launch an investigation, arrest its top leaders and maybe even freeze its assets, leaving 200 staff members in the lurch.

It was following the communications with the middlemen that the PTU decided in a committee meeting that it would disband.

In addition to representing its members, the union also partnered with schools and various organisations to offer educational and welfare services. It also provided insurance services, and operated supermarkets and clinics.

But sources told the Post that even if the PTU had refused to disband, many of its partners could have cut ties to avoid being caught up in the controversy, much less any criminal investigation.

The Post reported on Wednesday that to ensure the dissolution happened as quickly as possible, the PTU’s committee would meet soon to lower its constitutional threshold for disbandment. The charter specifies that the union can only disband with the support of two-thirds of its 95,000 members.

“The current threshold is unfeasible,” one source said on Thursday. “Even for our leadership election, which was held every two years, only about 20,000 members would vote.”

A special general meeting would be convened by the end of this month, with a simple majority of at least 80 members present, at which time the union would decide on amending the constitution, he added.