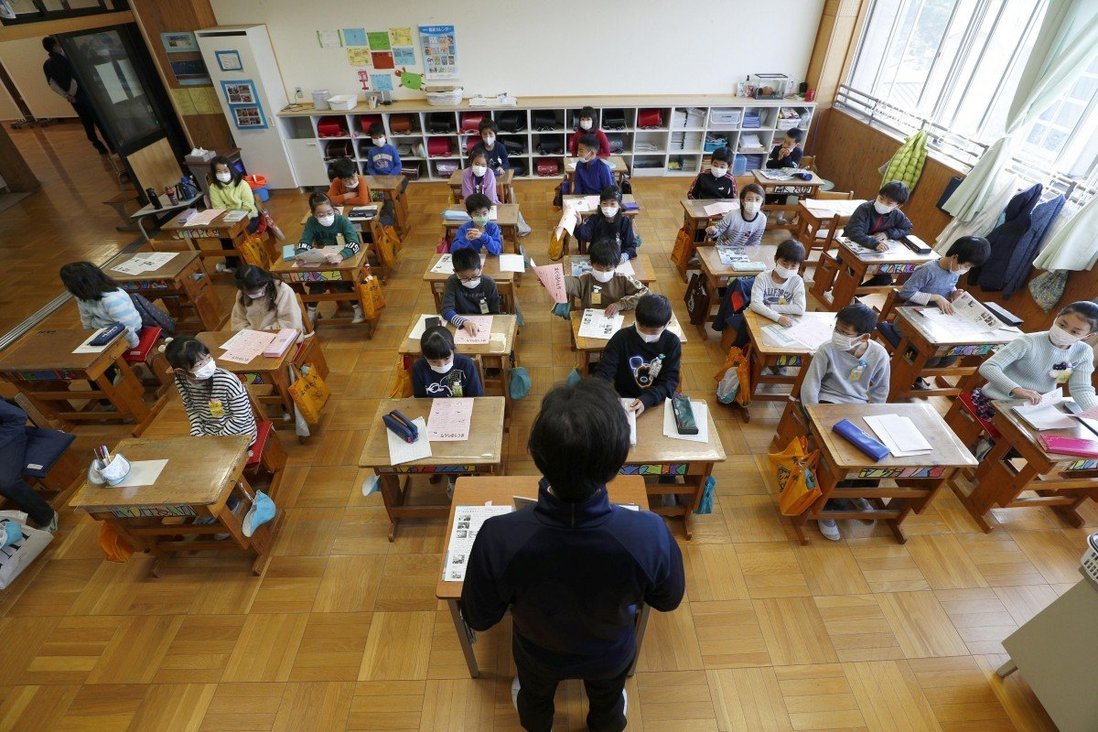 Experts say social media makes it easier for students and teachers to communicate, but that the #MeToo campaign has made it harder for the authorities to dismiss complaints.

A total of 273 teachers at public schools across Japan were disciplined for sexual misbehaviour in the past school year, just nine cases fewer than the record set the previous year.

The figures were released by the education ministry on Tuesday, with officials expressing regret that measures introduced last year in an effort to significantly reduce the number of sex-related cases involving teachers have failed to have an impact.

In a press conference in Tokyo, ministry officials said they intended to insist that local education authorities more strictly enforced measures to stop such incidents occurring. Among the issues that would attract greater attention, they said, would be unauthorised communications between teachers and pupils on social media.

According to the study for fiscal 2019, which ended at the end of March this year, 153 teachers were fired for sexual misconduct, with a further 50 being given suspensions. Sixteen were punished with reductions in pay and nine received written warnings. Forty-five teachers received lighter penalties.

The report showed that 186 incidents occurred outside school hours, but 20 took place in classes and a further 16 were during breaks at school.

Fully 126 of the cases involved a teacher’s student or a former student who was under the age of 18 at the time.

The ministry’s report did not cover all educational establishments, such as privately operated cram schools, which have also been in the headlines in the last year for incidents involving teachers and children.

“In the past, teachers were respected by students and in the community, but I believe their authority has slowly been reduced to the point where many of them are almost on the same level as the students that they are teaching,” said Makoto Watanabe, a professor of communications at Hokkaido Bunkyo University.

“It’s almost as if many of them are friends with their pupils and there is no distance between them any more. With the barriers down, everything is possible,” he said. “At the same time, we have to question whether the ethics have changed in society.”

It was far harder in the past for teachers who wished to take advantage of their young charges to contact them, Watanabe said, “but now, in our digital age, it is far easier to communicate by instant messenger systems or social media, and it is harder to detect than in the past, when the means of communication were letters or the telephone”.

Shinichi Ishizuka, a law professor and director of the Criminology Research Centre at Kyoto’s Ryukoku University, said “school harassment” had been a problem for many years, but girls in the past largely had to suffer in silence.

“Teachers had all the authority and students were ignored if they complained to other teachers or their parents,” he said. “They had nowhere to go. But that began to change five or six years ago when the #MeToo campaign started to gain attention as schools and the ministry could no longer dismiss these complaints.

“And although we are seeing a sharp rise in the number of cases, it may very well be that the real number of incidents in the past was also at this level, but that they were never reported.”

Despite stepped-up efforts by the ministry and local education authorities to combat the problem, incidents continue to be reported. In the latest blot on Japanese teachers’ copybook, the vice-principal of a school in the city of Numazu, Shizuoka prefecture, appeared in court on Monday and pleaded guilty to kidnapping and confining two girls, one aged 10 and the other 19, and sexually assaulting them.

Hidehito Yamamoto, 53, talked the younger girl into getting into his car on September 28 before binding her hands and feet and taking her to a hut in the mountains and sexually assaulting her. The previous case dated back to 2017.

On September 16, Masanori Takei, the vice-principal of a junior school in Kanagawa prefecture, south of Tokyo, was arrested for smearing an unspecified bodily fluid on a 12-year-old girl on a train, while 35-year-old high schoolteacher Yuki Kamei was taken into custody in Okayama prefecture in mid-September after taking a teenage student out for dinner, encouraging her to drink alcohol and then beating and sexually assaulting her in a hotel.

“In the short term, local authorities need to increase the punishments for teachers who commit these sorts of crimes and then make sure that they are not able to get another teaching position in the future,” said Watanabe from Hokkaido Bunkyo University.