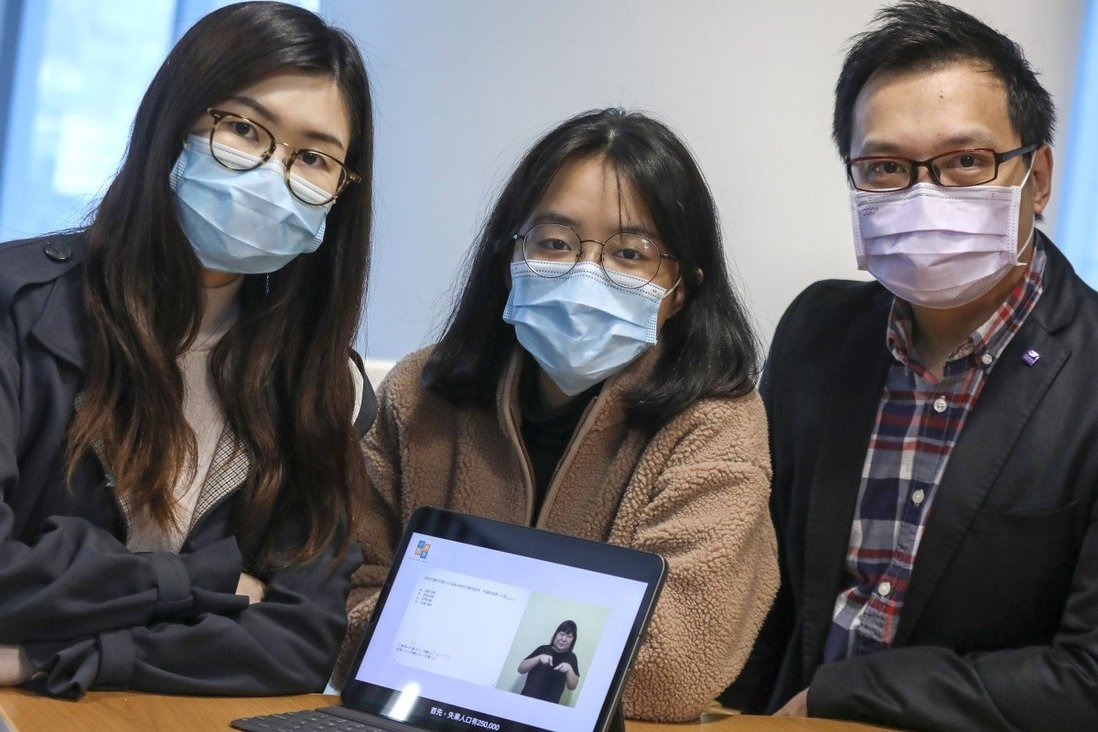 Anita Ng and Fred Ku have come up with nearly 50 visual clips for a six-month project covering senior secondary curriculum on economics.

Two Hong Kong teachers have come up with video clips to make economics classes fun and easy for hundreds of deaf students preparing for university entrance exams amid a lack of suitable online resources and widespread class suspensions because of the Covid-19 pandemic.

With funding provided by Chinese University and the help of an NGO, the duo made nearly 50 videos between June and November for the project called “Economics on Hands” covering the senior secondary curriculum on the subject.

The clips, each up to three minutes long, cover economic concepts such as inflation, demand and supply, market intervention and unemployment. 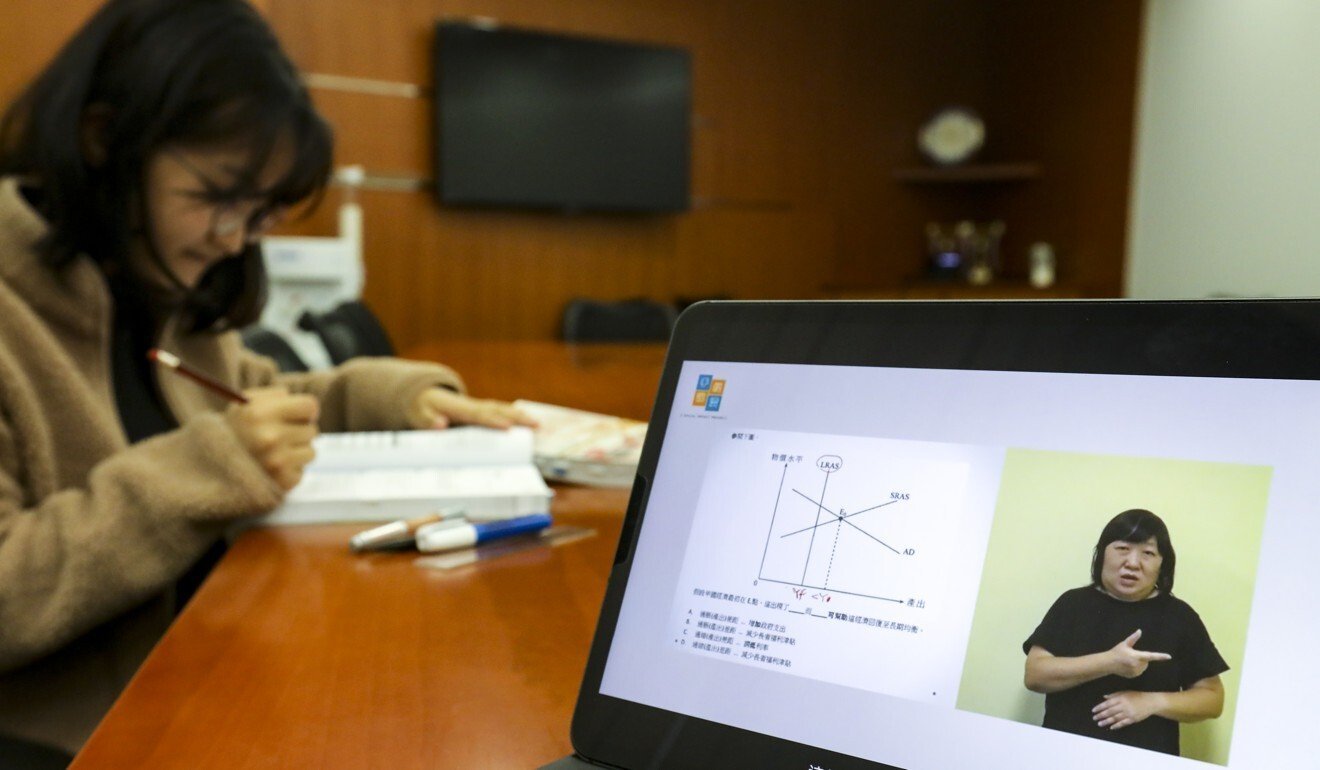 Students with hearing difficulties are sometimes finding it difficult to cope with online learning amid the pandemic.

More than 155,000 people in Hong Kong suffer from hearing loss, and most students with hearing difficulties are studying at mainstream schools instead of special ones as part of the government’s policies to promote better integration.

Although many of the students are capable of communicating orally, a small number of them only use sign language, according to education authorities.

This year, nearly 200 pupils with hearing difficulties took the Diploma of Secondary Education (HKDSE) exam, or about 0.4 per cent of all who sat the tests.

Several high school students told the Post they had faced problems during online lessons when trying to understand new terms and jargon in some subjects, as in-person classes remained suspended in the city for most of the past year.

“Sometimes during online classes, when there were hiccups in the internet connection, I lost track of what the teacher was saying via sign language and could not understand,” Form Four student Cheung Hoi-yan said through sign language.

Cheung, 17, who has studied at mainstream schools since primary classes, added: “For instance, during the economics class, I could not understand difficult terms, such as derived demand.”

Ng said she hoped to achieve educational equity for deaf pupils as classes had moved online amid the pandemic.

Ng, who teaches at a mainstream secondary school and is also qualified to teach pupils with special education needs, said despite many schools providing online video resources for students to catch up, additional elements were often required to facilitate learning.

Although official data showed many students with hearing difficulties were capable of oral communication, she explained that many pupils in reality still had to rely on sign language or lip reading to facilitate understanding on a daily basis.

“For many deaf students … they can actually learn efficiently with the help of visual means,” said Ng.

She hoped students would be able to better understand economic concepts with subtitles and sign language translation through their series of short clips, uploaded on YouTube and readily available for all pupils.

“Feedback from students and teachers during focus group participation were positive, with students [with hearing loss] saying they were able to learn better, while teachers also believed it was good to have additional teaching resources,” she said.

She added that with online classes continuing amid the pandemic, the video series might expand to cover other major HKDSE subjects such as Chinese and English language.