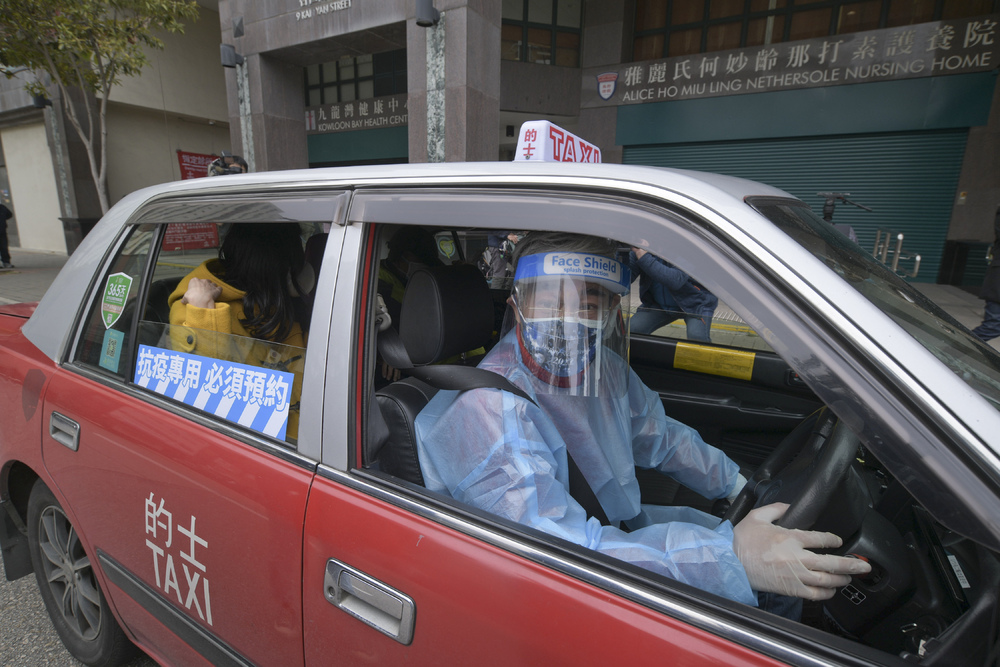 Having seen a 96 percent drop in the number of “anti-epidemic” taxis from the peak of the city’s fifth Covid-19 wave, the taxi industry believes that the Hong Kong government should retain 100 anti-epidemic taxis in case of a resurgence in cases.
During the city’s fifth wave, the government launched a fleet of anti-epidemic taxis that would take COVID-19 patients to and from designated clinics or community isolation facilities.

The Transportation and Housing Bureau said in February that about 300 anti-epidemic taxis were in service to transport Covid-19 patients to and from their residences and designated clinics free of charge.

By the peak of the fifth wave, that figure had risen to 1,000, with each taxi driver receiving a daily subsidy of HK$3,500. In late March, authorities gradually reduced the number of anti-epidemic taxis in operation.

The demand for anti-epidemic taxis may further decrease following the completion of the Hong Kong Diploma for Secondary Education (HKDSE) exams, during which taxi drivers were tasked with bringing students who had tested positive for Covid-19 to the Penny's Bay special exam venue.

The Transport Department said that 40 anti-epidemic taxis are currently in circulation, and the number of taxis in service will be adjusted according to the needs of the public.

Others in the industry pointed out that authorities have not specified whether the anti-epidemic taxis will be decommissioned. Further, industry bosses have proposed the expansion of taxis’ scope of services, including transporting the elderly for vaccination as well as recovered patients to and from hospitals.
#COVID-19  #Covid
Add Comment