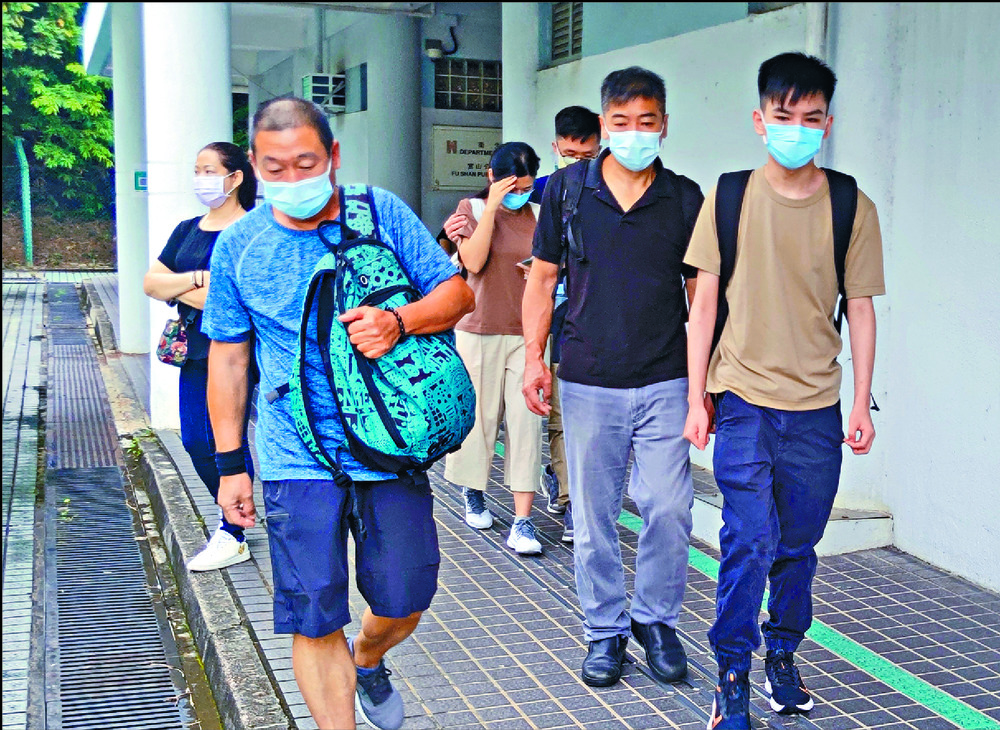 A taxi driver accused of jumping a traffic light and crashing into pedestrians crossing a busy road in Tai Po, killing two of them, was not in court yesterday to face a charge of dangerous driving causing death.
The court was told Mok Pui-wah, 63, is running a fever at Prince of Wales Hospital. Fan Ling magistrate Raymond Wong Kwok-fai adjourned the hearing to Friday and said the court may arrange to hear the case earlier if the driver is discharged before then, during which he will be in police custody.

The charge sheet said Mok was driving dangerously and caused the death of a 59-year-old man, Cheng, when his taxi hit a pedestrian island on Kwong Fuk Road, Tai Po, on Sunday.

A woman who was five months into a pregnancy was rescued by passersby who lifted and moved aside the vehicle that had her pinned down. She was among eight people injured, including her four-year-old son, Lau, whose condition remains critical at Prince of Wales Hospital.

His mother's condition has improved to serious in intensive care at the same hospital while the condition of Cheng's 51-year-old wife also improved from serious to stable.

Cheng's family, including his son, daughter and friends arrived at the Fu Shan Public Mortuary yesterday morning to identify him.

At 4pm yesterday, Kwong Fuk Road between Po Heung Street and Wan Tau Street were closed off to allow families, friends and the public to mourn the deceased.

Around 20 of Cheng's relatives and friends brought flowers and incense for a ceremony with a Taoist priest.

In a Facebook posting by Tai Po district councillor Ho Wai-lam on Monday night, Cheng's daughter is reported to have said her 51-year-old mother just had her second surgery.

"My mother is very tough and so are we," she said, adding her mother had already been informed of her husband's death.

The daughter also expressed gratitude to those who helped save the injured on Sunday and thanked the public for all the expressions of care and support.

Ng Kwan-sing, the vice-chairman of Hong Kong Taxi Council, said the system will monitor drivers' driving behavior and alert them if they are cutting lanes or driving too close to other cars.