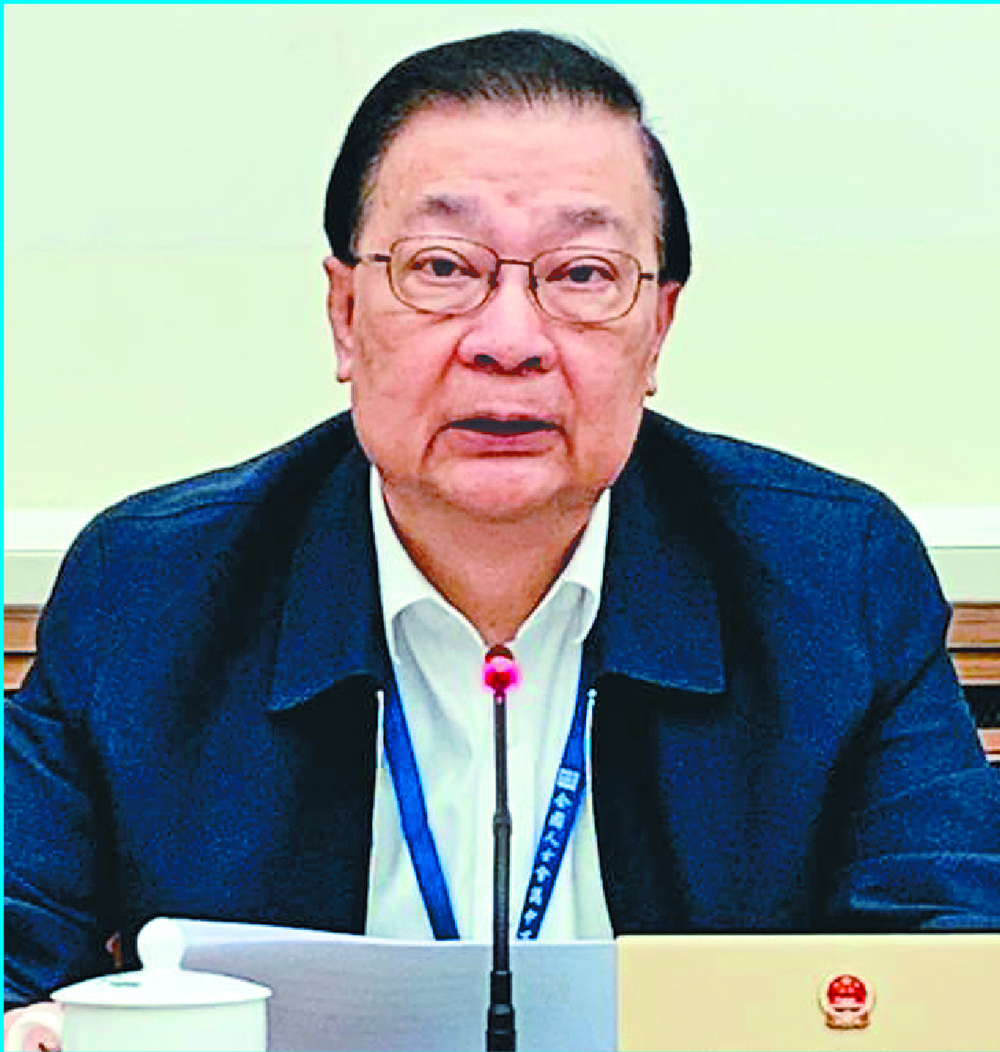 Tam had time to reflect on age and health before exit

Pro-Beijing heavyweight Tam Yiu-chung said his Covid infection in June made him question whether he is physically fit to carry out his duties as Hong Kong's sole National People's Congress Standing Committee delegate for another five years.
Speaking on a radio program a day after announcing he won't seek reelection in next month's polls, the 72-year-old Tam said he is the second eldest among 168 Standing Committee members, with the majority being in their 50s and 60s.

He said his plan to step down started during his home quarantine in late June, which deprived him of the chance to meet President Xi Jinping in person during his visit to Hong Kong for the 25th handover anniversary.

"I've been wondering if my health condition will allow me to finish another term," Tam said.

He said it is a common practice for a Standing Committee member to step down after they reached 70 years old.

Despite being in good health at the moment, Tam said there is no by-election to fill the vacancy if a Standing Committee member is unable to perform his duties. And if he falls ill during his term, Hong Kong will lose its only representative in the top mainland body.

Tam also said he should make way for younger candidates who are familiar with both SAR and mainland affairs to act as a bridge between the two places.

Asked if the NPC is looking to tackle anymore problems in the city, he said he sees nothing that requires intervention: "What we have done was in line with citizens' expectations and has restored order to Hong Kong."

The election on December 15 will choose new Hong Kong deputies for the NPC, with lawmakers Kennedy Wong Ying-ho and Rock Chen Chung-nin expected to join the race.

Among 36 incumbent deputies, including Tam, at least 11 are not seeking reelection. Most of them have reached the age of 70.