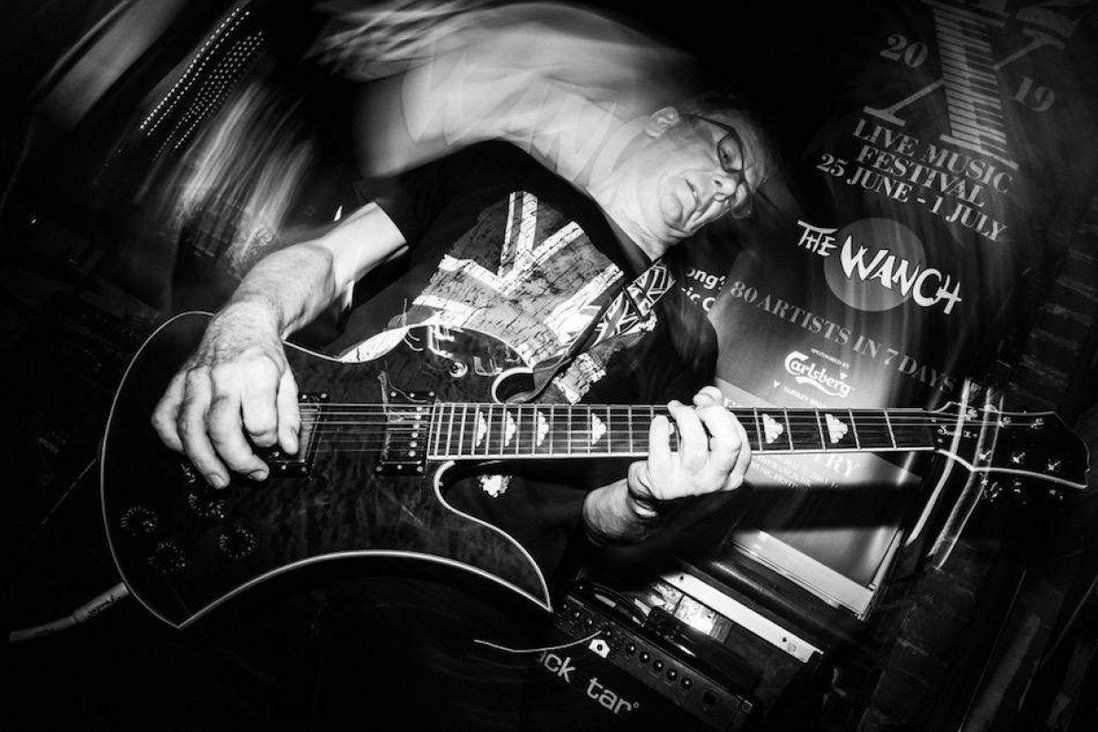 I have memories of travelling around in the back of an exhausted 10-year-old Bedford CF van with the band back in 1982. It was a cheap heap bought from a dodgy mate of our keyboardist, John. “Final Academy” was the name of the band, and with radio plays of our single, skinny ties and Carnaby Street outfits, armed with our Musicians’ Union membership cards, we were definitely the next Duran Duran. Except, it turned out we weren’t.

On the way back from a gig in Hereford on the English-Welsh border, the van’s engine blew, and I had to tow the thing with my car through Central London in broad daylight dressed in red trousers, a rising sun t-shirt and orange bouffant hair. That was enough. My guitar obligations were transferred to Bryan the bassist’s brother and with Colin, our vaguely aware singer, and Steve the drummer, Final Academy continued to live the dream for about three more gigs.

So I chopped in all my gear, bought a lovely black Les Paul guitar and hopped on a plane to Hong Kong. 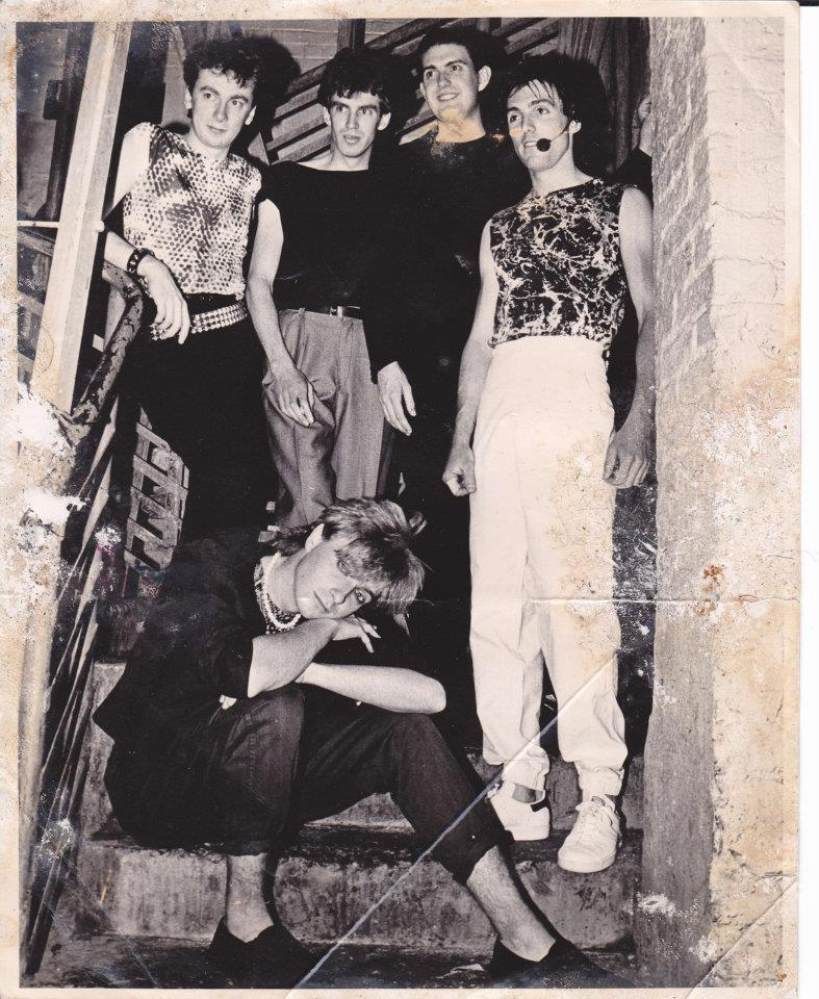 Final Academy at The Rock Garden in 1982.

REACH UP FOR THE SUNRISE

There’s a lot of music to be found in Hong Kong, from international mega-stars that rock the big venues – I was right in front when Duran Duran played here – to somewhat less renowned artists such as my band “Mr Happy”. We’ve been known to fumble through Rio in The Wanch in front of our audience of mates, who kindly let us know they recognise the tune.

The bulk of the live music here is performed by a large resident population of professional musicians who fuel the city’s vibrant and diverse music scene with original music, exotic ethnic vibes and faultless covers – or at least they did until the coronavirus pandemic hit. Occasionally, Hong Kong exposure has propelled some players to international stardom. For example, Arnel Pineda, lead vocalist of US rock band “Journey”, used to play with a cover band in Lan Kwai Fong’s Grammy’s. Rumour has it US immigration officers made him belt out a few tunes as they could not believe his work visa details. 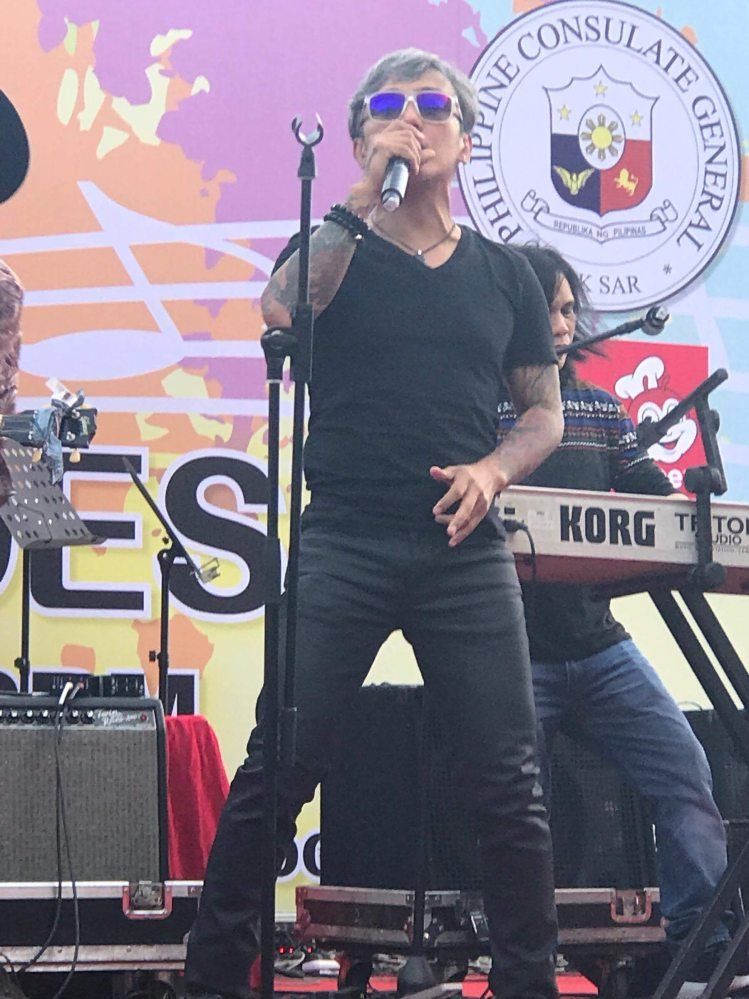 Those were the days. But now, professional musicians in Hong Kong are hurting badly and they urgently need to work again.

By the time the pandemic shut down live music spaces, from bars to dance and concert halls, the industry was already suffering from the effect of the protests, with many gigs having been cancelled. The closure of all live music spots other than the dedicated performance venues such as the City Hall concert hall, and a few art centres and outdoor spaces, has remained ever since. While this has helped a handful of musicians get back on stage, most of these highly skilled, talented, professional workers have not had a paying job for well over a year.

To make ends meet, many resident musicians have turned to delivery jobs, from running lunchboxes around to escorting exotic car parts to the United States and Mexico for the rich and famous. A courier run pays enough to support a family for a few weeks, and although you are locked up away from your family, you get fed in a quarantine hotel. Some other musicians have been able to scrape by, assisted by welfare payments in a city not exactly well-known for its generosity and others relying on food donations from impromptu support groups.

It is difficult to estimate how many people in Hong Kong are affected, and indeed how many starving musicians there are, but the number is not insignificant. A simple calculation may get us some of the way, though. According to the latest census in Britain, about one out of a thousand people in the workforce said they were professional musicians. If Hong Kong has the same ratio, that means we’ve got about 4,000. Then there are the people whose livelihood relies on behind-the-scenes activities such as audio engineering, lighting, music production and event planning, which would push the total closer to 4,500.

With hotel performances banned, except for in the lobby, indoor performance clubs and pubs and restaurants closed, the Peel Street jazz clubs – Fresco, Foxglove, Iron Fairies – shuttered, and all the dance clubs and private events cancelled, how can these people possibly earn a living? 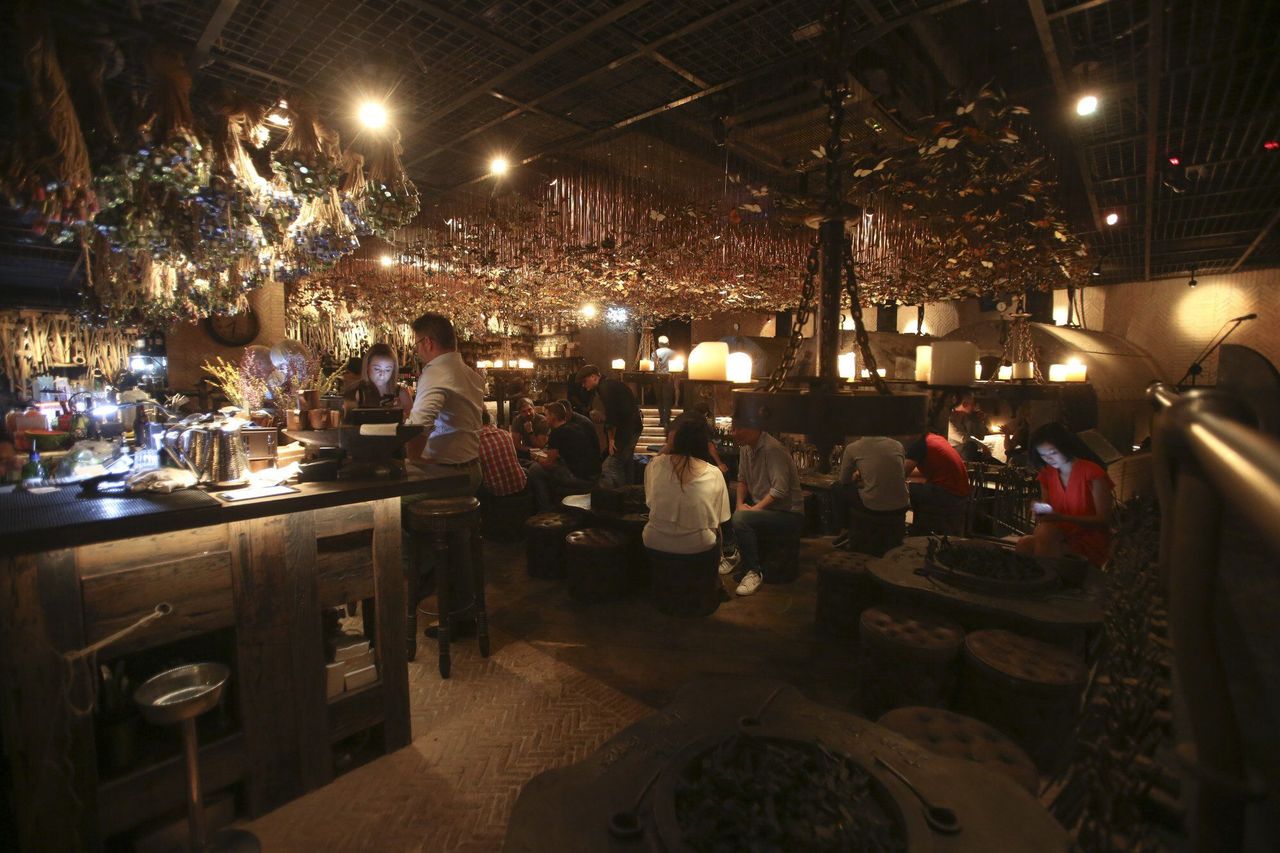 With about 32,000 members, the United Kingdom Musicians’ Union in good times helps to set rates of pay for all kinds of musical engagements, from session musicians to teachers, and it has a substantial revenue stream and can offer support in bad times, like now.

Compared with the Musicians’ Union in Britain, the one we’ve got here in Hong Kong, a trade association that was set up 70 years ago, appears to have been woefully ineffective. With only 80 members, the Hong Kong Musicians Union (HKMU) has no clout and the management appears to have fallen asleep at the keys. A change in leadership following new elections for the HKMU in mid-August hopefully will lead the association in a new direction.

This has led to a collection of non-governmental organisations setting up to represent musicians. But given that there is strength in numbers, perhaps someone should take the lead and get them working together.

IS THERE SOMETHING I SHOULD KNOW?

One could argue that the problem is a failure to realise the importance of music for the city. And the common attitude towards music in Hong Kong is that “it’s just entertainment”, non-essential, and is mostly performed by people who have “real jobs” during the daytime. That is simply ignorant.

The impact of music on Hong Kong life is important, not just from a morale or cultural point of view, but because the multiple events from the Fringe Club programme to live music shows throughout the year make Hong Kong special. Yet this seems wholly underappreciated.

Nurturing the appreciation of this art form from an early age in Hong Kong, such as Singapore does with its charity Jazz Association, engaging young Singaporeans in music education and live performances from an early age, may be a long-term solution. But for now, the music scene needs rescuing and that doesn’t mean increasing the number of karaoke lounges – which, incidentally, are open. 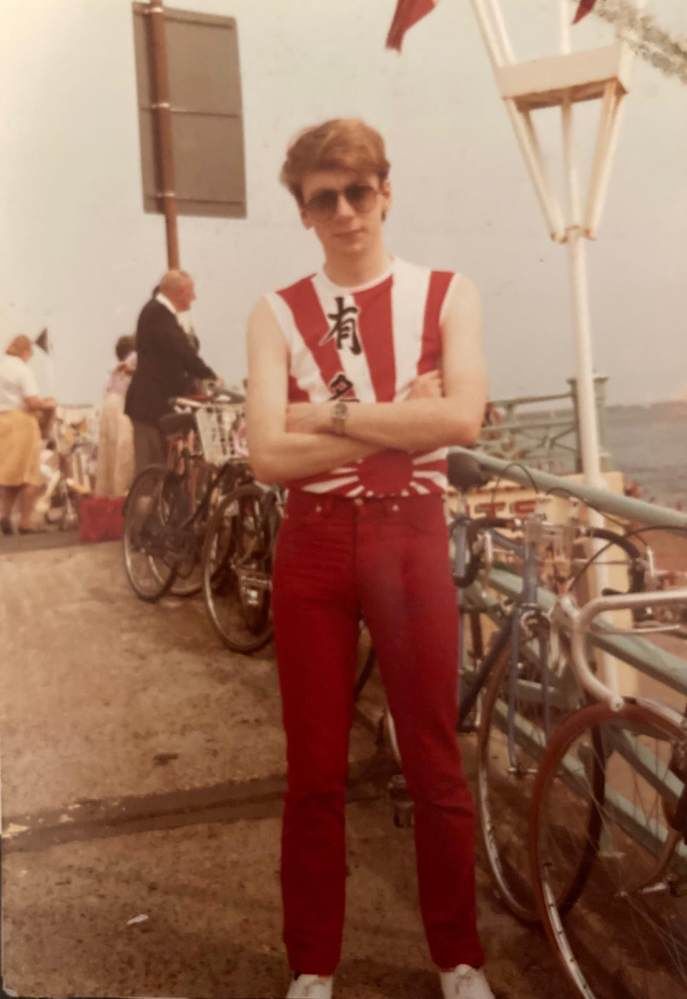 Neil, back when he thought red hair was a ‘thing’.

For those folks who remain unconvinced of the importance of the art form, there’s a potential economic upside as well. Government support to rebuild the industry, or at least allowing these people to work again, would provide a timely boost to entertainment spending and help the economy when travel opens up again. Hong Kong is an English-language centre for music in Asia, with facilities and venues that could bring back tourists – I might even get the band back together. Unfortunately, the orange hair really is a thing of the past.

In the years I have been here, Hong Kong has offered all kinds of musicians many opportunities to play in numerous venues, but this scene has now totally collapsed. To the resident professional musicians that kept both locals and tourists dancing, singing and enjoying live music into the wee hours, I salute you and we need you back. And to musicians in all the other venues, large and small, that have delighted us with jazz, classical, ethnic and all kinds of music: you make Hong Kong special, and we should respect you more and the Government allow you to get back to work.

As they say, “it ain’t all over till the fat lady sings”. Well, let’s just hope she doesn’t get to climb the last stage in town.