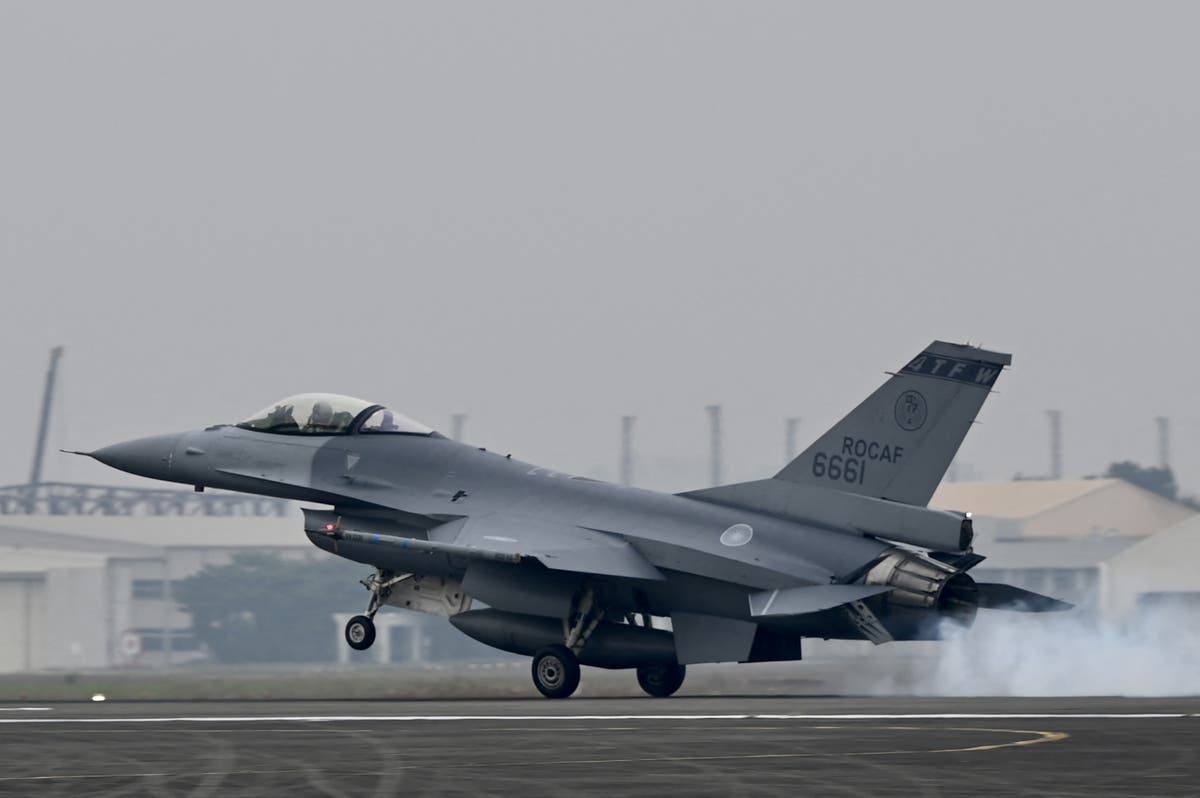 Taipei is concerned Beijing could take advantage of Ukraine crisis to increase pressure on the island
Taiwan’s air force has scrambled to warn off nine Chinese military aircraft that entered its air defence zone (ADIZ) just hours after Russia invaded Ukraine, with Taipei fearful that the crisis could embolden Beijing to increase pressure on or even attack the island.

China, which claims self-governing Taiwan as its own territory, has ramped up a military intimidation campaign against the island in recent years, and regularly flies jets into its ADIZ.

The defence ministry said the latest mission involved eight Chinese J-16 fighters and one Y-8 reconnaissance aircraft, and that in response, Taiwanese fighters were sent up to warn the Chinese aircraft and air defence missiles were deployed to "monitor the activities".

Taipei is concerned that Beijing may take advantage of a distracted West to ramp up pressure on the island amid the crisis in Ukraine, Taiwanese officials have said.

The government last month set up a Ukraine working group under the National Security Council, and President Tsai Ing-wen said on Wednesday that Taiwan must increase its surveillance and alertness on military activities in the region - although she did not directly mention China.

While Taiwan has said the region’s situation is "fundamentally different" from Ukraine, Ms Tsai has expressed "empathy" for Kiev because of the military threat Beijing could pose to Taipei.

Ma Xiaoguang, a spokesperson for China’s Taiwan Affairs Office, said on Wednesday that Taiwan’s government in concert with the West was using Ukraine to "maliciously hype up" military threats and whip up anti-China sentiment.

Experts have previously warned that with the frequency of China’s “gray zone” incursions continuing to rise, Taiwan’s air force capabilities face the risk of being stretched too thin.

In a report released by its Ministry of National Defense last September, Taiwan accused China of trying to take control of the island by wearing down its military capabilities and influencing public opinion.

The report said that 554 incursions by different types of Chinese military aircraft took place over Taiwan’s ADIZ between September 2020 and August last year.

Taiwan, which rejects Beijing’s sovereignty claims, has lived under the threat of Chinese invasion since the defeated Republic of China government fled to the island in 1949 after losing a civil war to the Communists. China has not ruled out the possibility of a military incursion of Taiwan.

Speaking at the Munich Security Conference on Saturday, British Prime Minister Boris Johnson said that if Western nations failed to fulfil their promises to support Ukraine’s independence, it would have damaging consequences worldwide, including for Taiwan.
#Boris Johnson  #Johnson
Add Comment