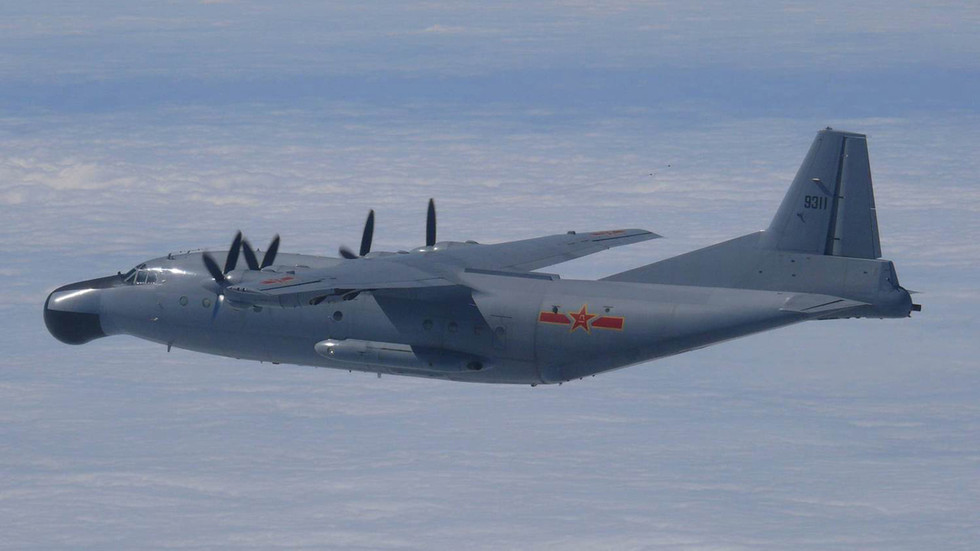 China has sent a squadron of military aircraft including fighter jets past Taiwan, its defense ministry has said, in the latest allegations of a Chinese show of strength in the region. Beijing has not confirmed the claims.
Taiwanese defense officials issued radio warnings to the aircraft and deployed defense missile systems to monitor the activity on Monday, they said in a statement.

The 10 planes were said to have entered a southwestern area of Taiwan's air defense identification zone (ADIZ) and headed towards the Chinese mainland.

Officials said the aircraft included eight fighter jets, a Y-8 anti-submarine warfare plane, and a 'KJ-500 Airborne Early Warning and Control' aircraft, which is able to monitor dozens of targets at once using radar.

It comes as the President of Palau, Surangel Whipps, Jr. and the US Ambassador to Palau John Hennessey-Niland arrived in Taiwan on Sunday.

Hennessey-Niland’s visit to Taiwan, the first in 42 years by a US ambassador to a foreign nation, has been strongly condemned by China.

In recent weeks, relations between China and Taiwan have deteriorated further.

On Friday, Taiwan's Defense Ministry alleged another Chinese military fly-by of 20 planes through its ADIZ.

The day before, Taipei had warned Beijing that it was developing long-range missiles capable of reaching the Chinese mainland.

China has recently hit out at growing efforts by the US to wield its influence in the region through assistance to Taiwan, which Beijing claims as a Chinese province under its control.

Last week the US Foreign Affairs Committee approved a bill forcing the government to assist its bid to regain observer status in the World Health Organization (WHO).

President Joe Biden's administration also signed an agreement with Taiwan to set up a Coast Guard Working Group, which was seen as a response to a new law in China allowing its coast guard to fire on foreign vessels in certain circumstances.

Beijing has said that both moves by the US are a breach of the one-China principle, which recognizes the single government of China.
#Joe Biden
Add Comment