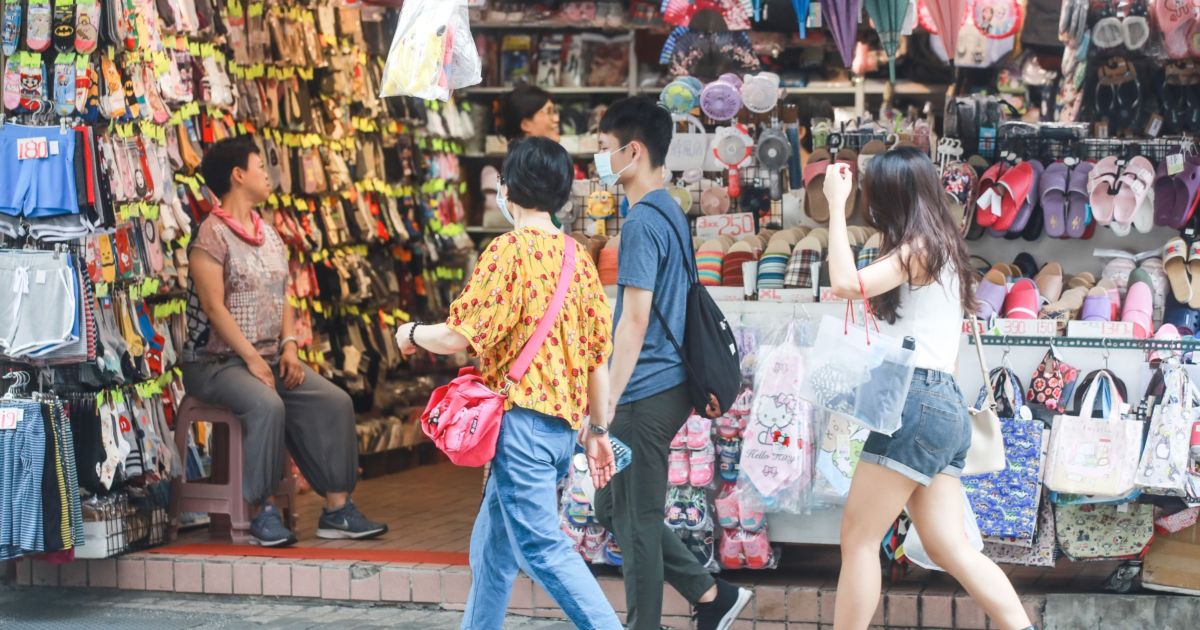 Self-ruled island’s continuing isolation makes it a rare holdout in a region that has largely abandoned border controls.

Before the pandemic, Taipei’s Yongkang Street was a top tourist destination, catering to visitors who would snack on spring onion pancakes, bubble tea and mango ice in between browsing gift shops and upscale boutiques.

The area was so popular that the iconic Taiwanese restaurant chain Din Tai Fung opened a second location across the street from its flagship store to manage the demand for its dumplings.

These days, “for rent” signs and empty shop fronts are a common sight in the neighbourhood.

After more than two years of closed borders, times are tough for Taiwanese small businesses that once counted on tourists for much of their income. While Yongkang Street still draws locals on the weekends, they often have different tastes to the foreign tourists barred from the island since March 2020.

Shaun Yu, who owns Lai Hao gift shop on a side street off Yongkang, said he had been forced to close two of his three locations – the last one opened at the end of 2019 when his shop was a popular destination for tourists looking for souvenirs.

“After Taiwan closed the border, my business dropped like 85 percent,” Yu told Al Jazeera, explaining he had been forced to lay off two-thirds of his staff.

Before the collapse of tourism, Yu could make 200,000 NTD (US$6,894) a month alone on just one corner of the store that sold Taiwan-branded face tissues – a popular gift, he said, for Japanese tourists to bring back to coworkers. The figure these days, Yu said, is about 1000 NTD ($34).

Yu said that while he has been heartened somewhat by recent signs that Taiwan plans to slowly ease its pandemic controls, conditions are still far from where they need to be for his business to recover. 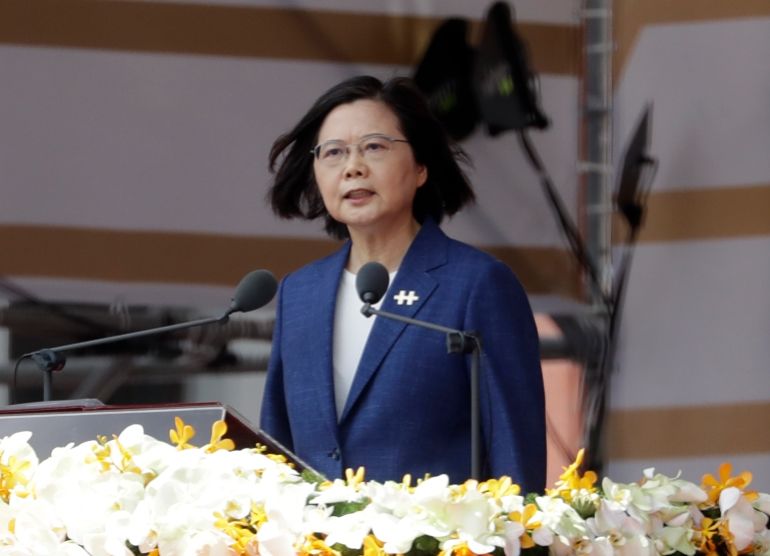 Despite Taipei signalling it will move away from its longstanding “zero-COVID” policy, the government has not laid out any timetable for fully reopening its borders.

The self-ruled island’s continuing isolation makes it a rare holdout in a region that, apart from China and Japan, has all but abandoned border controls as a defence against the virus.

As vaccination rates have risen – nearly 80 percent of Taiwanese are double vaccinated, and about half have received three shots – authorities have eased some border restrictions. Foreign professionals, students and family members of citizens have gradually been allowed to return since last year, but officials have not announced plans for the return of tourists and tour groups.

All arrivals must also undergo 10 days of quarantine, a hurdle for casual and short-term business travellers that is at odds with the quarantine-free arrival on offer in almost all of its Asian peers.

Health authorities have discussed lowering quarantine to three days at an unspecified point in the future, although tourism watchers are sceptical that would be enough to bring back visitors in droves.

While still largely untouched by COVID-19 compared with the rest of the world, Taiwan is currently experiencing its worst outbreak in nearly a year, reporting 874 local cases on Thursday. Last week, President Tsai Ing-wen said on Facebook that, rather than elimination, Taiwan’s goal going forward would be zero serious cases and a controlled number of mild or symptomless cases.

In 2019, most of Taiwan’s tourists came from nearby Japan, Hong Kong and South Korea, according to government data, with their length of stay averaging 6.2 nights – making any length of quarantine a likely non-starter for most visitors.

Health authorities have indicated that quarantine will remain in some form for the foreseeable future, suggesting in public comments that the length could be lowered to three days at an unspecified later date.

For Taiwan, reopening will require a significant political and psychological shift. The East Asian democracy has enjoyed some of the lowest case and death rates in the world for much of the pandemic, and also watched as cases have spiralled elsewhere as restrictions were lifted.

Still, some residents have begun to question why the self-ruled island is so far behind the rest of the world in returning to normality.

For Kelly Khiew, a Singaporean rock-climbing guide based outside Taipei, any change to Taiwan’s current policy is welcome.

“I think at a very fundamental level before we talk about quarantine, they should open their borders to the general public,” Khiew told Al Jazeera. “I have friends, relatives and also clients, who drop me messages. They are hoping to head over to visit Taiwan, not only for climbing but as a tourist destination. I think the interest is still there, it’s just that the borders are closed to everyone else.”

Since the start of 2020, Khiew and her husband have had to reimagine the business model of their company, Qxadventures Rock Guides, from organising trips for Singaporeans and expats to visit Taiwan to courting local climbers and foreigners.

Khiew said their revenue has fallen sharply as they have found themselves competing with other outdoor sports. To make up the shortfall, she has taken up remote teaching during the week while her husband works in Singapore.

Khiew acknowledged that not everyone in Taiwan feels the same as those in the tourism industry, not least because tourism contributes less to the economy than in many other parts of Asia. Taiwan posted decade-high gross domestic product (GDP) growth of 6.8 percent in 2021 thanks to the strong performance of its tech and export-based industries.

“For the last two years, when the borders were closed, Taiwan’s economy was doing very well and better than before, so there’s no pressure to open borders,” she said. “The stigma among the locals is that the virus is very scary.”

Taiwanese have also watched the death rate spiral in Hong Kong following an outbreak fuelled by the Omicron variant, an outcome blamed on low vaccination among the elderly. Taiwan has faced much the same challenge with its elderly population, who have been reluctant to get the vaccine due to fears of potentially fatal side effects.

C Jason Wang, a professor of paediatrics and health policy at Stanford University who has researched Taiwan’s pandemic response, said the island should be able to weather the latest outbreak without high fatalities if health authorities can get elderly vaccination rates up.

Taiwan has a respected healthcare system with an intensive care capacity that is on par with Germany and Canada, and Taiwanese now need to “have courage to move into the future,” Wang told Al Jazeera.

“This means recognising that the focus should shift to preventing deaths from preventing the spread of the virus, as Omicron is both highly contagious and often symptomless,” he said.

Even as cases have climbed in Taiwan, fatalities have remained low, with just 854 deaths reported since 2020, according to government data.

“Taiwanese people are used to getting a perfect score on their exam – zero COVID for 200 days – but this is like going to college,” Wang said. “You’re not going to get 100 in college because the problem sets are different.”