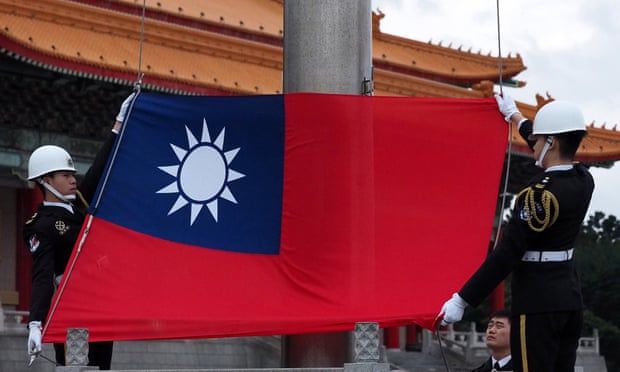 The officials returned from Hong Kong on Sunday, leaving just one colleague at the office, which acts as Taiwan’s diplomatic presence.

In a statement, Taiwan’s mainland affairs council said the Hong Kong government had “repeatedly imposed unreasonable political conditions on the visa applications”. This has included a requirement since 2018 that staff sign a commitment to Beijing’s one-China principle, which includes the claim that Taiwan is a part of China.

“As a result, our staff cannot continue to stay and continue their posts,” the council said.

The council accused the Hong Kong government and Chinese Communist party of setting up “obstacles with the ‘one-China letter of commitment’, which affected the rotation and normal operation of the staff of our Hong Kong office”.

“We firmly refuse to force our staff to sign the ‘one-China commitment’ under unjustifiable political pressure,” it said. “We also issue a stern warning and condemnation to the Chinese communist authorities and the Hong Kong government.”

The council confirmed seven officials had returned to Taiwan on Sunday. Further information was expected from the council on Monday.

The Chinese Communist party (CCP) government considers Taiwan to be a breakaway province of China that must be retaken, by force if necessary. Taiwan’s government maintains it is an independent state that has never been ruled by the CCP.

Most world governments have diplomatic ties with Beijing and not Taiwan, but maintain unofficial ties with Taiwan including through hosting economic and cultural offices as unofficial diplomatic postings.

Hong Kong’s status as a semi-autonomous region – supposed to be guaranteed under the ‘one country, two systems’ policy until 2047 – has grown markedly closer to the CCP government since authorities cracked down on the pro-democracy movement. The crackdown and the CCP’s tighter control over Hong Kong has bolstered Taiwan’s resolve against unification.