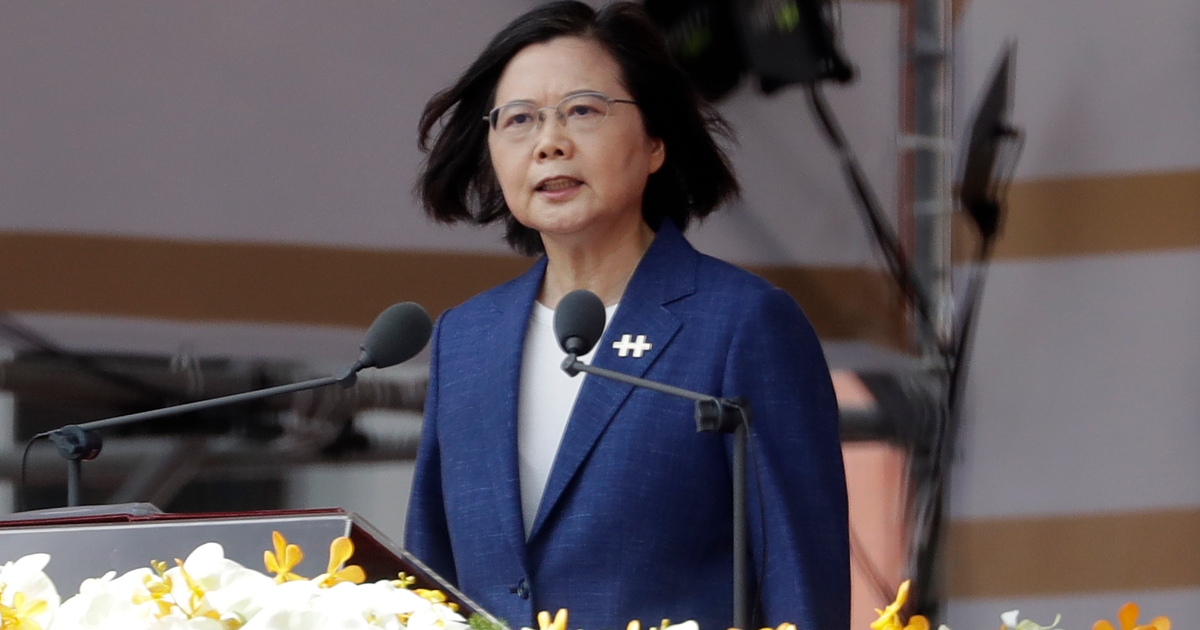 War in Ukraine has generated widespread sympathy in Taiwan amid tensions with neighbouring China.

Taiwan President Tsai Ing-wen has announced that she, Vice President William Lai and Premier Su Tseng-chang will each donate one month’s salary to aid humanitarian relief efforts for Ukraine as it seeks to repel an invasion by Russia.

The war has generated widespread sympathy in Taiwan for Ukraine’s people due to the threat the island says it faces daily from its much bigger neighbour China. Beijing views Taiwan as its own territory and has stepped up its military pressure to assert those claims.

Tsai, whose government this week send its first batch of aid in the form of 27 tonnes of medical supplies, on Wednesday told a meeting of the ruling Democratic Progressive Party that the determination of Ukraine’s people has moved the world and Taiwan’s people.

Russia calls its actions in Ukraine a “special operation”.

“As a member of the global partners of democracy, Taiwan is not absent, and we fully support Ukraine.”

The foreign ministry will provide details of a bank account set up by Taiwan’s Relieve Disaster Association for Ukraine relief donations into which Tsai said she, Lai and Su will each donate a month’s salary.

Taiwan last week also announced it was joining Western-led sanctions on Russia, though its own trade with the country is minimal.

“I hope that our compatriots, as well as all our party partners in public office, can fully respond to this action and firmly express to the world that Taiwan stands with Ukraine, and Taiwan stands with democracy and freedom,” Tsai said.

Taiwan is largely excluded from global organisations like the United Nations due to Chinese pressure, but aspires to show it is a responsible member of the international community despite its diplomatic isolation.