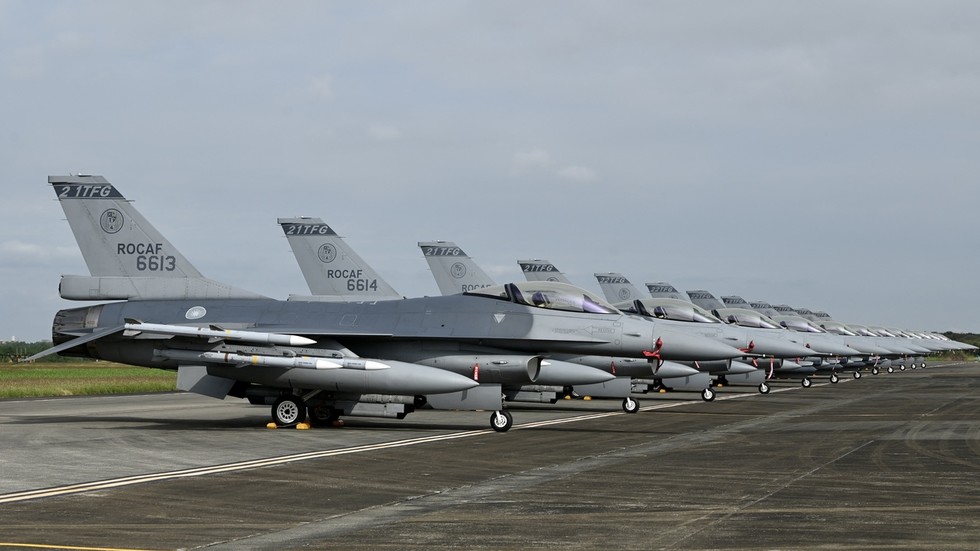 Military pilots rushed to their F-16 fighter jets at the sound of an alarm in Taiwan’s southern city of Chiayi on Wednesday, according to media reports. The enactment came as part of a three-day exercise aimed at testing the Taiwan military’s battle readiness.

Taking part in the drills were the very same aircraft that have been used to intercept Chinese planes in Taiwanese air space on multiple occasions in the past. One of the officers told reporters that “pilots from our wing are very experienced and have dealt with almost all types of [Chinese] aircraft.”

Taipei is complaining that such incursions have intensified in recent months, with Beijing saying that the “reunification” of the island with mainland China is imminent. In his New Year address, President Xi Jinping argued that people on both sides of the Taiwan Strait wanted the “complete unification of the motherland.”

Taiwan president Tsai Ing-wen, in turn, has cautioned the government in Beijing against “military adventurism,” and insisted that the “military is definitely not an option for solving cross-strait disagreements.”

Her statement drew a sharp rebuke from mainland China, with a top official warning that “if Taiwan independence separatist forces continue to provoke and coerce, or even cross any red line, we will have to take decisive measures.” He added that should Taipei persevere in its pursuit of independence, it could bring about “profound catastrophe.”

Taiwan has been de facto independent since 1949 when the losing side in the Chinese civil war fled to the island from the communist forces that took over the mainland. Only 14 countries have official diplomatic ties with Taiwan. Yet, the island nation has long enjoyed military and diplomatic support from the US. China, for its part, has always maintained that Taiwan is an inalienable part of its territory.
Add Comment