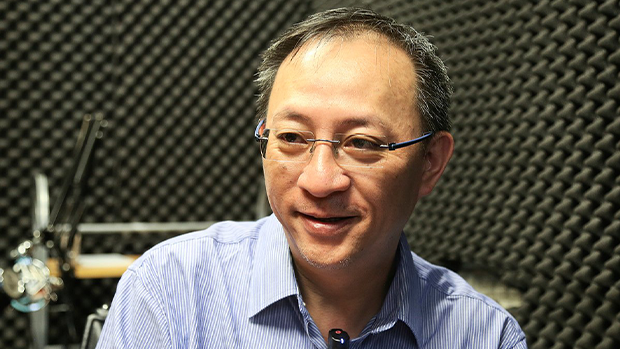 The church is raising money to support Hong Kong students who fled to the democratic island in the wake of the 2019 protests.

National security police in Hong Kong have apparently blocked the website of a church on the democratic island of Taiwan and hacked into its database after it raised funds to aid people fleeing arrest in connection with the 2019 protest movement, organizers told RFA on Monday.

Church member Hwang Chun-sheng said the site has been blocked for a week, and its database hacked.

"It's pretty pointless just shutting down our public website; it's just tedious, and really it's all about scoring a big propaganda point with the domestic audience [in mainland China]," Hwang said.

"But it is also an indicator of the mainlandization of Hong Kong ... maybe Hong Kong will be next [to be put behind the Great Firewall]," he said.

According to the Wei Wei Po newspaper, which is controlled by the ruling Chinese Communist Party (CCP), the Presbyterian Church had launched a fund-raising campaign to help people fleeing in the wake of the movement.

"The Taiwan Presbyterian Church expressed support for rioters during the turmoil in Hong Kong over the [extradition] law, and was also implicated in investigations by the national security division of the Hong Kong Police Force into radio talk show host Giggs," the paper said.

Wan Siu-yin, who is known by his nickname Giggs, was arrested on suspicion of "seditious intent," over comments he made during online radio shows he hosted from August to October 2020.

Wan, 52, has been charged with "acting with seditious intent" in online programs that he hosted between August and October last year, after he publicized the fund-raising campaign on his show.

"In the event of a crime that endangers national security, the service provider may be required to remove [content or access to content] with the approval of the secretary for security," the Wen Wei Po reported, citing the national security law imposed on Hong Kong from July 1, 2020, which outlaws public criticism of, or peaceful opposition to, the authorities.

The crowdfunding campaign raised more than H.K.$10 million (US$1.29 million), H.K.$4 million of which was transferred to the Taiwan church’s bank account.

The paper said the church was "an advocate of independence for Taiwan," a phrase used by the CCP to describe anyone who opposes its claim on the country, which has never formed part of the People's Republic of China, nor been controlled by the CCP.

Hwang said the church is now communicating with activists in Hong Kong using VPNs and encryption, with regular email and Facebook Messenger too compromised.

He said the church has been involved in ongoing fundraising for Hongkongers who fled to Taiwan to pursue college degrees as a way of avoiding repercussions for their role in the 2019 protests, but who have since run out of money and can't go home.

"We try not to let them drop out after a year, and find ways to keep them in their study programs," Hwang said. "We find jobs for some of the students."

Taiwan has meanwhile announced it will tighten the rules around applications from Hong Kong residents for its permanent residence card, requiring them to remain there for two years before applying.

Media reports said the move was an apparent bid to prevent 'fake' Hong Kong protesters working for the CCP from infiltrating the island.

The block was the first indication that China may be exporting its Great Firewall to the city since the national security law took effect. Police have declined to confirm publicly that they took action, but responded by citing the relevant section of the law.

Attempts to connect to the Presbyterian Church of Taiwan's website at www.pct.org.tw from the United Kingdom on Monday resulted in a browser warning that the connection was "not private."

"Attackers might be trying to steal your information from www.pct.org.tw (for example, passwords, messages, or credit cards)," it said. "This may be caused by a misconfiguration or an attacker intercepting your connection."

Social media users said the website of Taiwan's ruling Democratic Progressive Party (DPP) was also failing to load from around the world, suggesting it had been hacked.

The site failed to load, leaving a timed-out connection, when browsed from the U.K. on Monday.